The Maori Party says it will stay in its governing arrangement with National until the 2014 election, but will not make any promises beyond that. 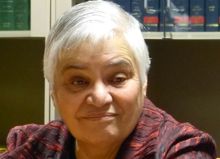 The party has emerged from its annual meeting in Whakatane with a new leadership team it hopes can help turn its fortunes around.

Co-leader Tariana Turia says the party will stand by National for the rest of this term of Government, but won't say who it might work with after 2014.

Te Ururoa Flavell says the party will consult its supporters after the election before making any commitments to other political parties.