The Green Party says more schools should have access to a public health nurse.

Mrs Turei told the 150 or so supporters at Sunday's conference that ill health should not stand in the way of a child's education.

She said the Green Party wants a nurse in every decile one, two and three primary and intermediate school in New Zealand. 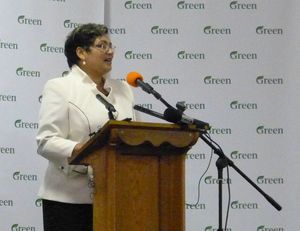 Mrs Turei said district health boards would be funded $30 million a year to run the scheme.

Currently there is funding for nurses in some secondary schools but the Greens say there is a major gap in health services for primary school children.

But Health Minister Tony Ryall said the Green Party's plan to put nurses in every low decile school is nothing new and that it's already being carried out.

But Greens health spokesperson Kevin Hague said there is a major gap in health services for primary school children.

"There are some nurses working in some primary schools, but they would tend to be in some very focussed interventions like rheumatic fever clinics, but nothing like the comprehensive and integrated programme that we're planning here."

The scheme is funded through district health boards.