Justice Minister Judith Collins is defending her position on not trying to get changes to MMP.

The Government is being accused of putting its own interests first by ditching proposed changes to the voting system. 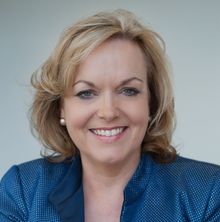 In November 2012, the Electoral Commission released its review of the Mixed Member Proportional system, estimated to have cost $1.4 million.

However, Ms Collins said the changes would have been significant and can't be done without widespread support.

On Wednesday, she released a table of what different parties want, which shows that the National Party rejects both changes.

Ms Collins said there is not enough support in Parliament to change the voting system and it is not her role to get consensus from parties on the matter.

"If these parties want changes, they should come and talk to each other. It's not my role, for goodness sake. I've asked them what they would like and they were utterly free to go and discuss things with other party leaders. But I'm not in charge of these other parties."

On the coat-tails rule, the minister told Radio New Zealand's Morning Report programme that five parties want to keep the status quo and three want it abolished, so there are major differences of opinion.

"Law changes in this country require 61 votes to get through Parliament. I don't have 61 votes to bring forward the law changes suggested by the Electoral Commission. It's as simple as that."

Labour Party leader David Shearer told Morning Report he believes Parliament could reach a consensus, but that wouldn't suit the interests of the National and Act parties at the next election.

Greens' electoral reform spokesperson Holly Walker says it is politically convenient for the National Party not to make the changes. "Its potential allies and partners in the future often rely on the one electoral seat threshold."

New Zealand First says the Government has taken the easy way out for its own political advantage.

A spokesperson for the group Keep MMP, Sandra Grey, says the Government has ignored advice of experts and thousands of members of the public who made submissions.

"It doesn't put them in a good light with all those people from across the political spectrum who were really keen to see some minor amendments made to MMP."

Constitutional lawyer Jordan Williams said a referendum should be held on whether to make electoral system changes.

Political scientist Colin James said a bill could have been drafted with the changes, then scrutinised through a select committee process.