The Labour and Green parties say future governments should not be held to the deal struck between SkyCity and the Government to build a convention centre in Auckland.

On Monday, it was announced that SkyCity will pay for and build the $402 million centre in Auckland. In return, the Government will extend its Auckland casino licence until 2048 and allow it to operate 230 more poker machines and extra gaming tables. 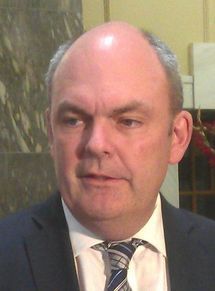 The company is required to increase measures to deter problem gambling.

The deal also includes a clause that means future governments will have to pay compensation to SkyCity if the concessions granted under Monday's deal are changed. The clause provides for $11.5 million in compensation for every year of the contract remaining.

Labour leader David Shearer objects to that, saying future governments must have the freedom to change gaming regulations. He says governments over the next 35 years should not be committed to a sweetheart deal that would allow SkyCity to make millions off the backs of problem gamblers.

However, Mr Shearer won't commit to overturning the deal if Labour leads the next government after the 2014 election.

But Greens co-leader Metiria Turei says that's just what her party would do, as the compensation clause is unconstitutional.

Labour, the Greens and New Zealand First say they will oppose legislation putting the deal in place. The Maori Party is also likely to vote against it. However, with the support of ACT and United Future, National will have the numbers it needs.

Economic Development Minister Steven Joyce says it's ludicrous for the Green Party to suggest the deal with SkyCity could be repealed by a future government.

Mr Joyce defended the compensation clause on Monday, telling Radio New Zealand's Checkpoint programme governments commit to projects all the time that extend beyond one period of government, and it is appalling for the Greens to suggest a contract should be overturned.

"I mean, the Greens are truly appalling in their behaviour around this."

New Zealand First leader Winston Peters says the Government has struck a shabby deal with SkyCity to build the convention centre and his party doesn't support it.

Mr Peters said SkyCity has been given preferential treatment from whoa to go by the Government, including Prime Minister John Key.

"They were offered things which the other contenders for a convention centre never got and it was done behind closed doors between Mr Key and SkyCity. This is a mainly foreign-owned outfit and as a consequence, they are going to get a significant change to the gambling laws."

Mr Banks says an international convention centre has been needed in New Zealand for a long time and he will be happy to support legislation putting in place the deal.

"We haven't seen the legislation yet, but we will be supporting the concepts, philosophy and principles that built the legislation because we think it is a no-brainer for New Zealand.

"It's very good for the Auckland ratepayers, it's good for economic growth and jobs for Auckland."

United Future leader Peter Dunne would also back the legislation, saying the original proposal was for 500 poker machines and he is very pleased the final number agreed is far less.