Beleaguered National list MP, Aaron Gilmore, has announced he is resigning from Parliament.

Mr Gilmore has been under pressure to step down following a boozy incident at a Hanmer Springs hotel and a loss of support from the Prime Minister. 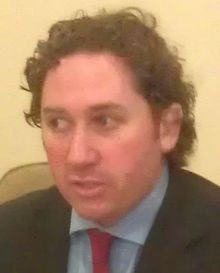 Papers released on Friday from the ministry that previously employed him also show he appeared to use his position as a threat to an official he was in dispute with.

In a statement, Aaron Gilmore says it is with a heavy heart and great sadness that he announces his intention to resign as an MP.

He says it would cause his loved ones more upset and himself greater stress, if he were to stay on.

Mr Gilmore says he has made mistakes, but the attacks on his integrity have started taking a toll on those around him.

Mr Gilmore will seek to make a final statement in Parliament on Tuesday.

National Party President, Peter Goodfellow, has thanked Mr Gilmore for his contribution to Parliament, saying the MP has put his loyalty to the party first.

The next member on National's list is Auckland's Claudette Hauiti.