Investors keen to buy into Mighty River Power can begin pre-registering their interest from Tuesday. The Government says it is keen to attract as many New Zealanders as possible.

The Government on Monday confirmed the timeline for its plan to sell up to 49% of the energy company and will launch a $1 million advertising campaign. 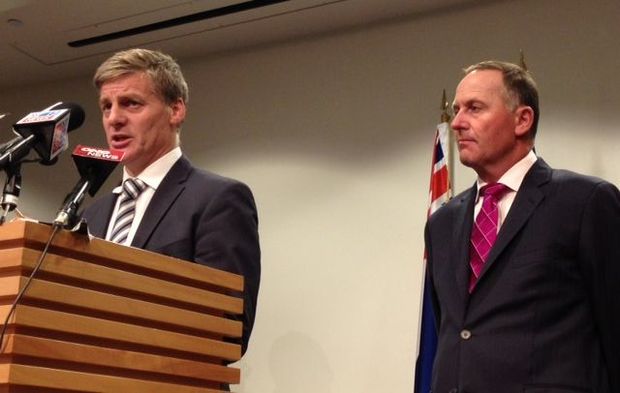 From Tuesday and for the next three weeks, potential investors can register their interest in buying the shares either online or by ringing a call centre.

A minimum of $1000 must be invested. Anyone wanting up to $2000 worth of shares will be able to buy that amount, but may find their application scaled back if the offer is over-subscribed.

Once government ministers make share pricing and allocation decisions, Mr Key said he expects Mighty River Power would be listed on the New Zealand Stock Exchange before the Budget is delivered on 16 May.

Finance Minister Bill English said pre-registration does not oblige anyone to ultimately take part in the share float.

"Pre-registration is not a commitment, it's simply an indication of interest. At the end of it we will have a much better idea of what degree of widespread ownership can be achieved, how many New Zealanders are interested. It will help shape our expectations about what the price of the shares should be."

The Government has not yet laid out the details of a loyalty bonus scheme for New Zealand retail investors, but is expected to do so before the share offer period begins.

The Prime Minister has said the process should move quickly now a Supreme Court decision has cleared the way for the Government to proceed.

But Green Party co-leader Russel Norman said the Government is showing contempt for voters and should not go ahead with the share float before a referendum can be held. Dr Norman said 400,000 New Zealanders have signed the Keep Our Assets petition calling for a referendum.

The Labour Party said listing the shares on the Australian stock exchange contradicts the promise to prioritise New Zealand investors.

However, John Key said where the shares are listed is irrelevant, as the Government will determine the make-up of the ownership once it has gauged the level of interest from potential investors.

The Government also plans to go ahead with the partial sales of two other energy companies, Genesis Energy and Meridian Energy, but no announcements on the timing of those were made on Monday.

Kiwibank not being considered

The Government on Monday said state-owned Kiwibank is not under consideration for partial asset sales - either in this term or if National is re-elected for another term in 2014.

The Treasury hired investment banking company Goldman Sachs to look at the bank's future capital needs. The report has been completed but not been made public, as the Treasury said the conclusions are commercially sensitive.

Finance Minister Bill English said the report was done because New Zealand Post is in a climate of declining mail volumes and Kiwibank, which operates from PostShops, was still in a growth phase.

The head of a major investment company said the Government could make a lot of money from the partial sale of Mighty River Power.

Tower Investments chief executive Sam Stubbs told Radio New Zealand's Checkpoint programme on Monday that individuals are likely to be the first buyers, but larger investors would be interested also.

"If you have a look at the amount of money that could potentially be invested here - remember there are $100 billion of deposits in New Zealand, or thereabouts, and there's about another $100 billion worth of institutional superannuation savings.

"So if the Government gets it right in terms of pricing and getting demand, there is really a very, very large pool of money that could be invested in this company."

Mr Stubbs said many people will be scrutinising the sale, so the share price should be fair.

"I think it's just pleasing that the Government's just confirmed that the majority of this company will be owned by New Zealanders."