Tokelau's Nukunonu atoll began its vaccination process today after receiving its delivery of the first dose of the Pfizer vaccine on Monday, courtesy of the New Zealand Navy Patrol Vessel HMNZS Wellington.

The Tokelau atolls' population was 1499 in the 2016 Census. For Nukunonu, which is home to approximately 420 people, vaccinations started today for the first eligibility group: including people aged 16 and over, with an exemption for pregnant women. This group represents about 300 people out of the entire population.

The vaccination programme has been in the works since the beginning of 2021. One-hundred and twenty vials of Pfizer vaccine, sufficient to vaccinate 720 people, arrived on 19 July after a six day journey from New Zealand aboard the HMNZS Wellington.

Nukunonu Faipule and Minister of Health, Siopili Perez, welcomed the HMNZS Wellington's arrival with a gesture of gratitude for New Zealand's support in obtaining the vaccine:

"Thank you, first of all, to the Government of New Zealand, her (continuous) support and commitment to Tokelau is living testimony to the long lasting relationship (that) the two countries hold very dear." 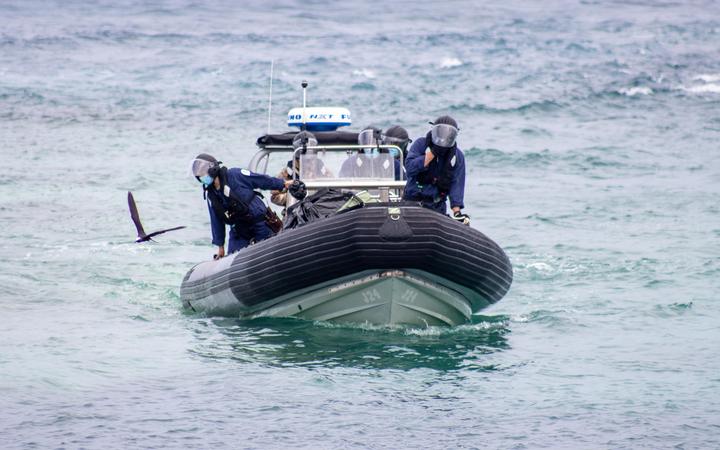 Perez passed on a special thank you to Ross Ardern, the Administrator of Tokelau. Ardern has been involved with the vaccination project from its inception.

New Zealand and Tokelau share close political ties. The Tokelau atolls, which lie midway between Hawaii and New Zealand, have been a New Zealand territory since 1925. 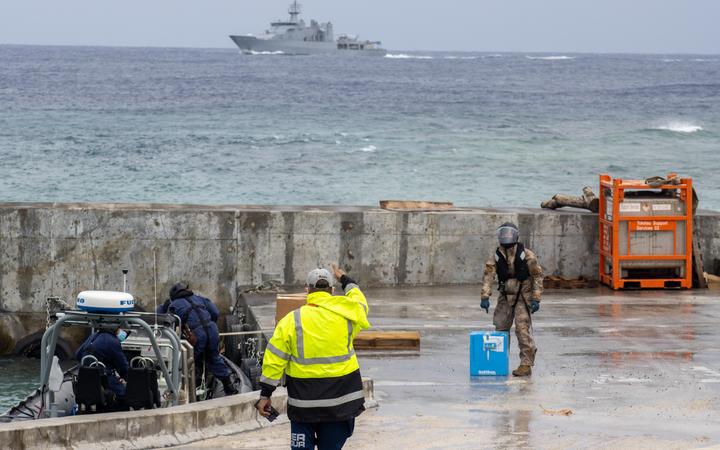 "We have received all the vials and consumables that were requested…this has been a dream for the people of Nukunonu and Tokelau as a whole," Tavite said.

The HMNZS Wellington docked in Nukunonu around 12.30pm on Monday, 19 July. Due to poor weather conditions the vaccine and consumables for the vaccination were transported by dinghy rather than helicopter.

Navy personnel transporting the vaccine were careful to maintain a safe distance from Tokelau officials and locals, who were on the wharf, and took measures to reduce any possibility of Covid-19 transmission. 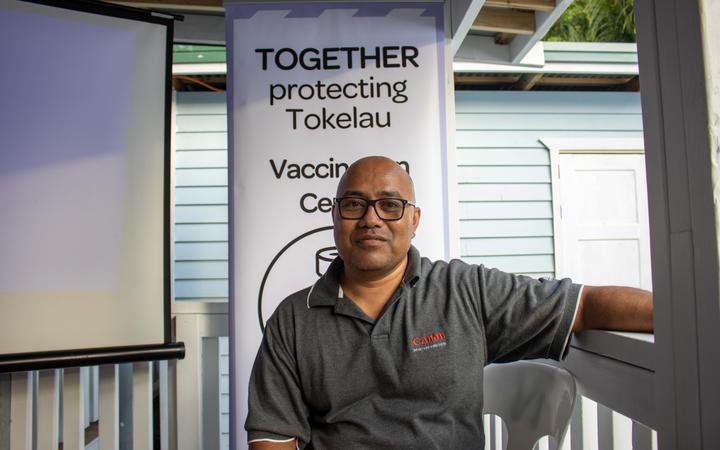 This morning began with a prayer from Father Iose, the atolls' priest: "We pray for the people of Tokelau and that we are very grateful (for this day)."

The first Tokelauans to receive the Pfizer vaccine were Pulenuku Lino Isaia, who serves in a position equivalent to the Mayor of Nukunonu, and Father Iose.

After receiving his vaccination Lino Isaia, a member of the Council for the Ongoing Government of Tokelau, said that Tokelau was grateful. "To the Prime Minister of New Zealand, to the cabinet members, to the New Zealand minister of health, we are thankful for these resources that have reached our shores.

"There was nothing to worry about, from my own perspective, the needle only feels like an ant bite and it's over … How am I feeling? There is an overwhelming feeling of gratitude."

When asked how they were feeling after their shots, Vitale says he felt "relieved and happy, we were prepared for this, I think, we were so engaged and involved in the preparations that we received enough information to be prepared for this". 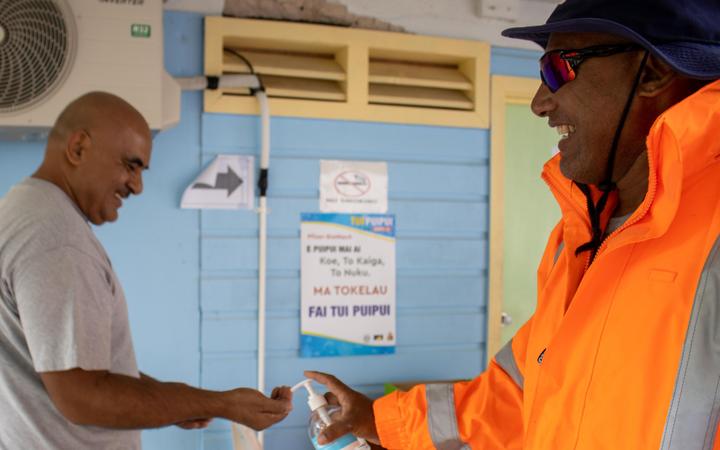 "It wasn't what I expected - it was really good, but will probably take another 10 minutes before I can really see how things will be going," Perez said.

The vaccination programme, which is mandatory on all Tokelau atolls, will take three days (Tuesday, Wednesday and Thursday) to vaccinate the eligible age group.

A Tuvaluan national, Pateni Vakalasi aged 42 moved to Nukunonu in 2019. Vakalasi works as an environment security officer. He said that this vaccine was a ticket abroad for him and his family.

"We want to visit our families overseas and so I really supported this vaccine, it's a step for us to be going back out to see families - we are very thankful."

170 people received their first shot today out of the target 192 people on Nukunonu to be vaccinated.

The vaccination programme will continue at 8am tomorrow and end on Thursday, 22 July. Tokelau is planning to receive the second Pfizer dose on 10 August, of this year. 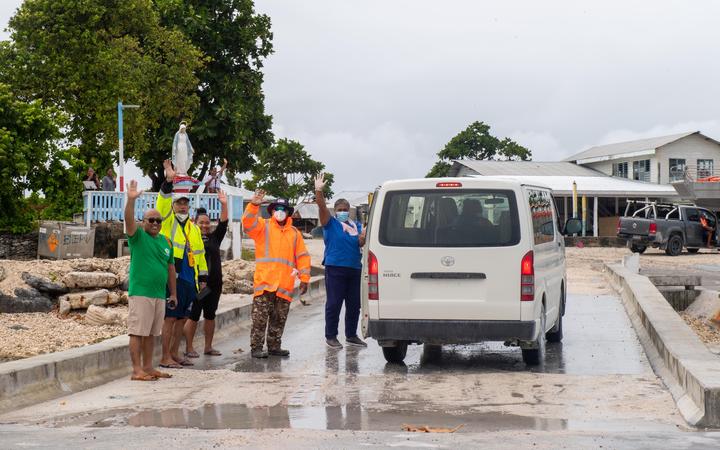 Rhib transfer of COVID-19 Vaccines and medical supplies to the Nukunonu Atoll in the Tokelau Islands. HMNZS Wellington and her embarked Seasprite helicopter assisted Tokelau and the Northern Cook Islands with delivery of COVID-19 Vaccinations in a Ministry of Health led operation. Photo: Crown Copyright 2021, New Zealand Defence Force. Licenced under Creative Commons BY 4.0.