Vanuatu's Minister of Climate Change Bruno Leingkon has pleaded guilty to charges over a drunken incident aboard an aircraft last year. 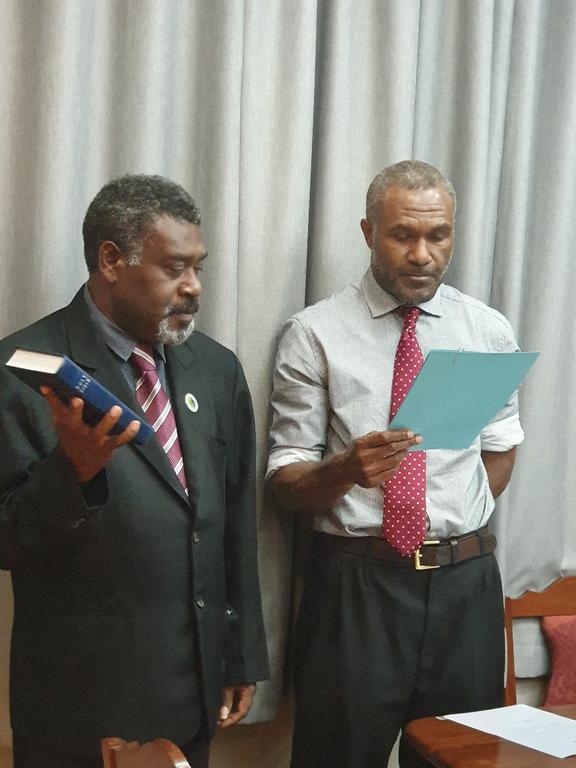 Two charges relate to breaches of aviation security and one to Vanuatu's leadership code.

They stem from an incident a year ago involving Leingkon on a flight chartered specifically to fly him from Santo in Vanuatu's north to the capital Port Vila.

The minister was displaying signs of intoxication when he boarded the plane, before consuming more alcohol and attempting to smoke a cigarette in the cabin.

The female pilot was instructed by the control tower in Port Vila to return to Santo five minutes after takeoff due to the behaviour of the minister, and concerns for the security of the passengers and the aircraft.

Judge Viran Molisa Trief has ordered Leingkon not to leave Vanuatu until the judgment and his sentencing, a date for which is yet to be fixed.

Initially there were six charges - three charges on aviation security and three on leadership code - but Vanuatu's public prosecutor amended charges against the minister.

Leingkon is the president of the National United Party, established originally by Vanuatu's first prime minister, the late Walter Lini, and led until recently by another former prime minster, Ham Lini, the brother of Walter.