Cyclone Ana has already made its impact felt in Fiji with extensive flooding of some areas and people seeking shelter through the storm. 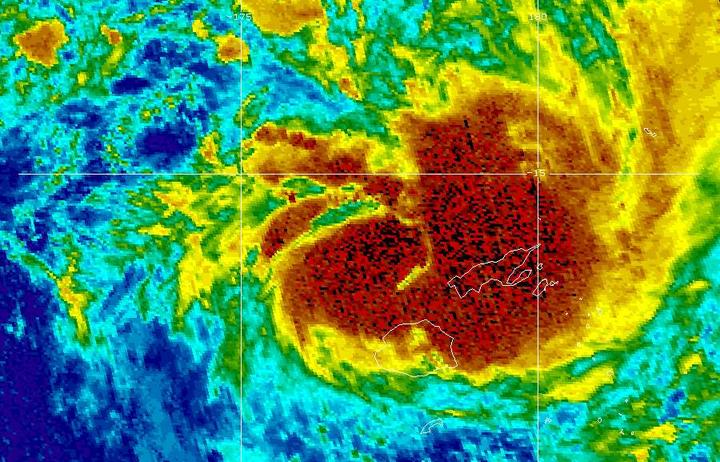 The first cyclone of 2021 is a Category 1 storm, packing winds of around 85km/hr and gusts of up to 120km/hr. The Yasawa group and the Northern Division was being hit by the strong winds and heavy rain.

Cyclone Ana was expected to move through the Central Division this morning.

Ba and Nadi towns had suffered from severe flooding as well as parts of Naitasiri Province with National Disaster Management Office (NDMO) personnel and the military helping ferry people to safety.

The NDMO repeatedly issued calls for the public to stay away from floodwaters and overwhelmed waterways.

Drowning is well within our control to avoid, life is precious as it doesn’t come twice. DO NOT RISK YOUR LIFE or your families by crossing flooded rivers & walkways. PLEASE REFRAIN from swimming in these flooded areas. pic.twitter.com/ZJ8MdivKPL

The Disaster Management Minister, Inia Seruiratu, tweeted that drowning was well within people's control to avoid and asked that people do not risk their lives by crossing flooded rivers and walkways.

His ministry said of the 64 cyclone-related deaths between 2007 and 2019, 26 were drowning incidents.

The service said minor damage could be expected to weak structures or houses made of light material in exposed communities.

It also warned that storm would cause damage to crops and vegetation.

It is the second cyclone to hit Fiji in just over a month.