The first batch of coronavirus vaccines arrived in Palau early on Saturday morning, greeted on the tarmac by the president-elect and health minister.

Health minister Emais Roberts said 2,800 doses of the Moderna vaccine arrived on a special flight from the United States. 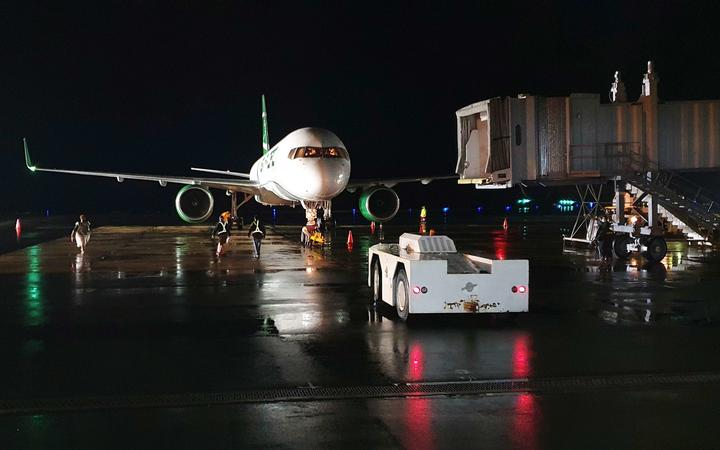 He said the ministry would start using the vaccine from 3 January, with health workers first in line to receive the jabs. Following that, the ministry said it would look to vaccinate key officials and decision makers, then the elderly and those with underlying medical conditions.

Roberts, along with President-elect Surangel Whipps Jr, and US Ambassador John Hennessey-Niland were at the Palau International Airport to greet the 5:30am flight.

"On this second day of the New Year, Operation Warp Speed brings hope to the people of Palau," Whipps said.

Hennessey-Niland later said in a statement: "The US is a friend and partner of Palau. The arrival of the life-saving vaccines is a wonderful way to start 2021. I thank everyone who has helped getting the vaccine here and keeping Palau Covid-free."

Operation Warp Speed is the name the United States has given to its vaccine distribution programme. In the Pacific, both US territories and freely-associated states will receive vaccines.

Both Australia and New Zealand have also pledged to fund and deliver vaccines to Pacific countries.

Earlier, Whipps had urged the ministry to speed up its vaccination programme after it was announced the first jabs would be administered from 11 January.

"There is no reason to wait until January 11," he told reporters last week. "We need to act with a sense of urgency and show our appreciation to be part of Operation Warp Speed."

The health ministry said it hoped to have nearly all of Palau's population vaccinated by April. The Palau government has asked for 30,000 doses, which it said it expected to receive in the next three months.

The flight continued on to Federated States of Micronesia, to deliver vaccines there.