Palau is still determining if the 28 crew of a detained Chinese fishing vessel will be formally charged in court, as the case is still being investigated. 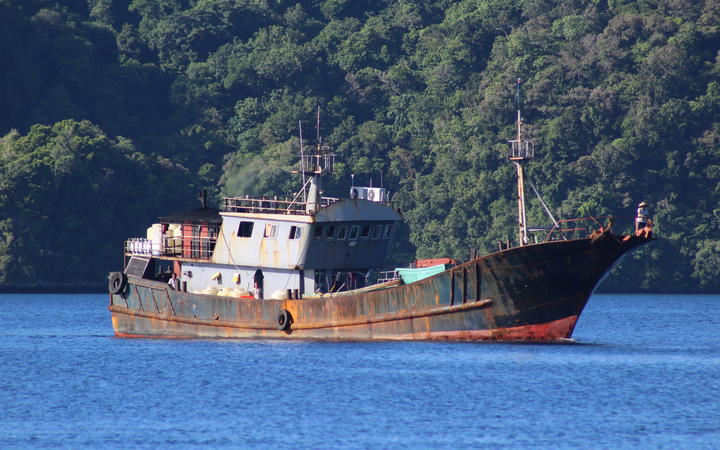 Palau President Tommy Remengesau Jr told reporters on Wednesday that the government would also get into contact with the Chinese government regarding possible breaches of Palau's laws.

As one of several nations in the Pacific Islands region to have diplomatic ties with Taiwan, Palau doesn't have formal ties with China.

The president said a preliminary investigation revealed an alleged attempt by the Chinese crew to bribe the Helen Reef rangers who first spotted them in the nation's territorial waters.

Remengesau said that the contents inside the vessels were being checked. The people checking the vessel will be wearing Personal; Protective Equipment suits provided by Palau's hospital and marine officials.

"They will be checking for things like illegal cargo and when everything is finished, the Palau government will indicate the necessary charges,' he said.

The president said there was a question as to why the vessel was apprehended even during the pandemic times when there is a risk of Covid-19 transmission.

"Whether there is Covid or not, it is Palau's responsibility to catch the vessel," he said.

Last week, a Chinese fishing vessel and its 28 crew were held in custody after it was intercepted by Remeliik 2, a new Australian class patrol boat which was turned over to Palau in September.

The vessel and its smaller boats were first spotted by the Helen Reef's rangers reportedly harvesting sea cucumber.

"They did have sea cucumber on there... it's estimated about 500 pounds (225 kilograms)," Palau's division of marine law and enforcement director Victor Remengesau told reporters.

Director Remengesau, who is the president's brother, alleged that the vessel, which is believed to have come all the way from Hainan, had entered Palau's territorial waters unlawfully.

While he said that they wanted the vessel and its crew out of the country as soon as possible, alleged offenses of illegal entry and poaching had to be thoroughly investigated.

"It's unlawful entry. We may care about Covid and the spread of Covid, but we can't just let people do whatever they want, and disguise [illegal activity],' he added.

The vessel was brought in but not allowed to dock in Koror due to Palau's strict Covid-19 restrictions.