The first positive cases of Covid-19 were confirmed among two US Army Garrison workers who arrived this week on Kwajalein Atoll (USAG-KA) as part of an ongoing repatriation program at the missile testing range in the Marshall Islands. 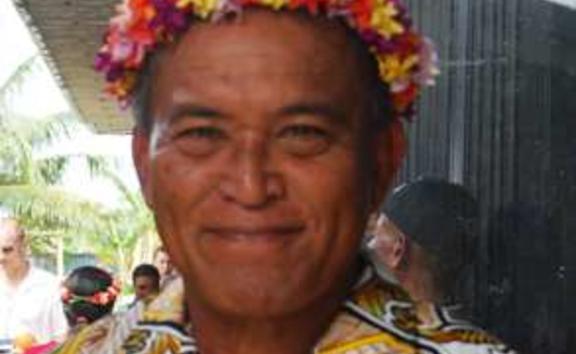 Army and Marshall Islands authorities confirmed that a female aged 35 and a male aged 46 both tested positive for coronavirus soon after arrival.

They had tested negative in Honolulu prior to boarding Tuesday's military flight to Kwajalein Atoll.

Marshall Islands authorities said there had been no contact with people in the Kwajalein base community as the two, along with the others in the weekly repatriation group, are in managed quarantine at the army base.

Underlining the significance of this development in a country that has been one of a dozen globally to remain unaffected by Covid-19, President David Kabua delivered a statement Wednesday night that was broadcast live on the government's AM radio station.

It is not yet clear what impact this development will have on the scheduled arrival from Honolulu this Saturday of a group of 27 Marshallese to begin a 21-day quarantine at USAG-KA, the first Marshallese to come into the country from a country with Covid-19.

They are among a group of about 300 Marshall Islanders who have been stranded in Hawaii, Guam and elsewhere since the Marshall Islands closed its borders in early March to prevent Covid-19 spread to this western Pacific nation.

"What we were worried about has come true," repatriation critic Ebon Atoll Mayor Marie Davis Milne said Wednesday night on social media following the government's announcement of the two positive cases in quarantine.

"Now lives are going to be put on hold because a handful of people made the decisions they did for whatever reasons. Life as we all knew it will be in limbo until further notice because of the choices of a few." 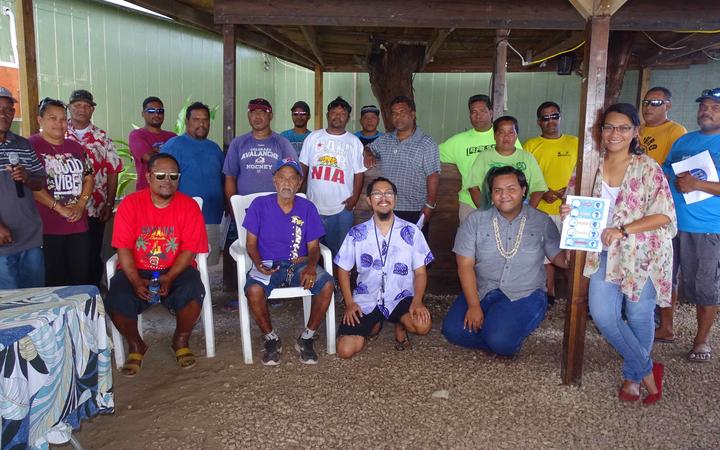 In anticipation of arrival this Saturday of the first group of Marshallese to be repatriated from a Covid-19 infected nation, the Marshall Islands government launched Covid-19 awareness sessions last week Friday for the public. Photo: Eve Burns

Neither of the two US base workers was showing any signs of Covid-19, the government said in a statement issued late Wednesday.

"The National Disaster Committee, in close coordination with the president and the cabinet and USAG-KA, are rapidly responding to these cases and we can assure the public that these are strictly border cases and were discovered while these people were in quarantine, where they remain until this time," chief secretary Kino Kabua said in a statement.

A 35-year old female tested positive on the evening of 27 October, a few hours after arriving at the Kwajalein Army base Tuesday.

"This person was known to have had Covid-19 in late July," Kabua said.

The base worker tested negative for the virus this past weekend in Hawaii before boarding the military flight to Kwajalein. She received an antibody test, the results of which are still pending.

This will determine if this Covid-19 case is indeed a historical infection, meaning the person previously had Covid-19 and is not infectious or contagious, Kabua said.

The other positive case involves a 46-year-old US male, who tested positive 28 October, after also arriving the previous day on the same flight the other positive individual "We are still waiting for the results of the antibody test," Kabua said, adding: "As far as we know, this person previously did not have Covid-19.

"The two cases are not epidemiologically linked and protocols in place on USAG-KA have ensured they have not had contact with the community.

"Both, along with their tranche, remain under strict quarantine."

Kabua said these cases remained "border quarantine cases of Covid-19, with no threat of community transmission."

A total of 223 US Army missile range workers and nine others have been released after successfully completing 21-day quarantine periods at the US Army base at Kwajalein since the repatriation of mostly base workers began on 9 June.

The latest report issued Monday by the Ministry of Health shows that a total of 280 people were repatriated through the USAG-KA quarantine system since 9 June.

Of the 280, two were returned to the US: one for discipline issues, the other because of a non-Covid emergency medical situation. Of the remaining 278, 223 USAG-KA workers successfully completed quarantine and multiple Covid-19 tests prior to being released to return to work at Kwajalein.

Nine others - a range of Marshallese and various nationalities, including US Embassy and Australian Navy personnel - also completed quarantine at USAG-KA. Another 46 were still in quarantine as of earlier this week.

Separate from the US Army-sponsored quarantine, the first group of Marshallese to return from Hawaii is scheduled to arrive at Kwajalein this weekend to begin 21-days of quarantine.

The government's cabinet was meeting to decide if the Marshallese repatriation plan would proceed this weekend in light of the new development at the Army base.

Marie Davis Milne, at a public briefing about repatriation held last Friday by the Chief Secretary's office, called for the government to put off repatriation of Marshallese.

She warned of the threat Covid-19 spread presented to the population of the Marshall Islands, which is at high risk for the virus because of numerous underlying health conditions.