Palau's president has reiterated his call for the United States military to establish a permanent presence in Palau. 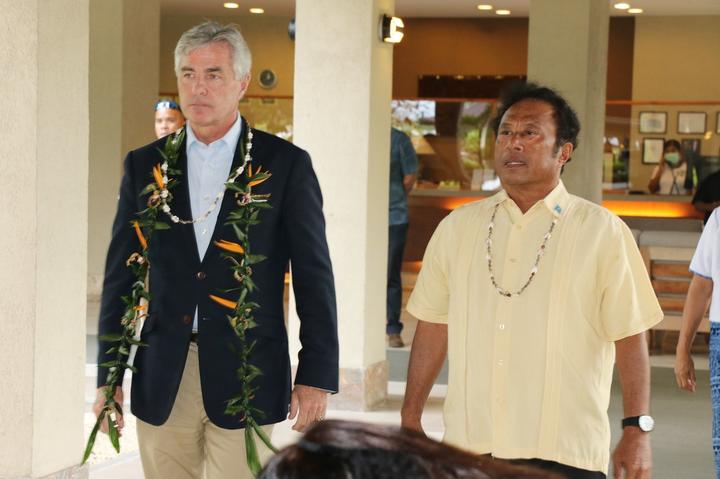 President Tommy Remengesau Junior, in a letter to the Secretary of the US Navy Kenneth Braithwaite, said that Washington had a steadfast ally in Palau and should look at setting up facilities there and elsewhere in the Northern Pacific region.

"We are living in uncertain times and I think this is a great opportunity, not just for Palau, but for the region, to look at our special relationship and see what the leadership of the United States can do in this day and age," he said.

Remengesau gave the same message he delivered to US Defense Secretary Mark Esper last month, that Palau could serve as a bulwark against "destabilizing actors" in the region.

While Palau is an independent nation, it has no military and the US is responsible for its defense under an agreement with Washington called the Compact of Free Association.

Braithwaite and his delegation were in Palau for less than 24 hours, the latest in a series of US military visits.

The military deployment will conduct missions in Palau from maritime surveillance to assist identifying unexploded ordnance. 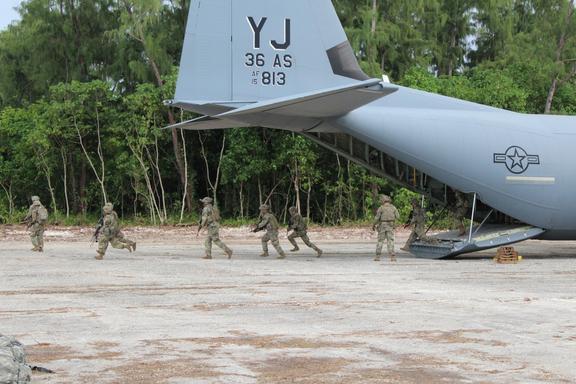 A team from the US Air Force also arrived on Palau to assess grant aid requirements and evaluate serviceability of the runways and tarmacs of airfields.

Under the deal, the US military has access to the islands, although it currently has no troops permanently stationed there.

While not naming China directly, Braithwaite said it was clear there was a new chapter in the world order.

"The United States understands that, we welcome that -- it's been kind of lonely at the top to be honest, since the wall fell in Berlin (in 1989)," he told a function in Koror, Monday.

"But while we welcome the new order it has to be by the same rule of law that all of us live by."