Two West Papuans on trial for treason in Indonesia have been banned from wearing traditional Papuan dress in a court. 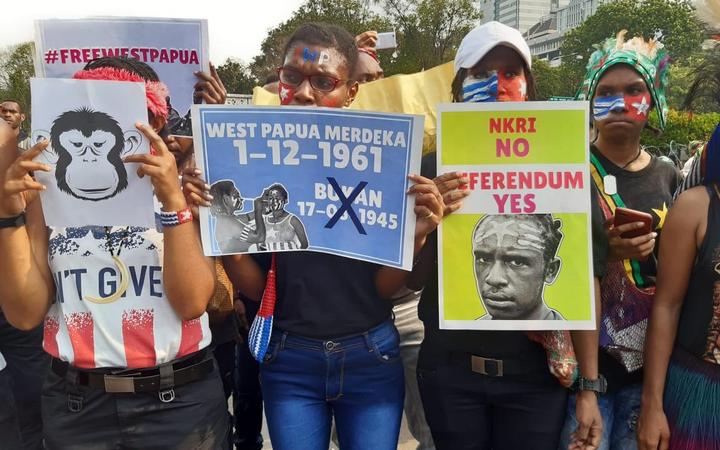 The pair are among six activists standing trial for holding a protest in support of West Papuan independence in front of the State Palace in Jakarta in August.

Local media reports that Dano Anes Tabuni and Ambrosius Mulait appeared in a district court in the Indonesian capital.

They arrived wearing koteka, or penis sheathes made from gourds, as well as traditional feather crowns.

However, the judges panel refused to proceed with the hearing unless the pair removed their koteka and put on trousers.

After several hours of negotiations, the men agreed.

Mr Mulait said the traditional outfit was part of his identity and that being forced to remove it was another case of racism against West Papuans.

The August protest in Jakarta was one of a series of demonstrations across Indonesia sparked by racist harassment of Papuan students in Java.

In court, Mr Mulait and Mr Tabuni had the words "monkey" scrawled on their bodies, an apparent reference to racist slurs directed at Papuan students last year.