Wayfinding on the ocean is in the blood and ancestral line of Te Toki waka hourua Haunui skipper, John-Reid Willison.

His uncle is renowned traditional navigator on the seas Hoturoa Barclay-Kerr who grew up together with his father.

John-Reid said he was probably destined to follow this path as a next generation navigator.

"I love it as it's part of our family and another part of the notch to revitalise this type of sailing here in Aotearoa."

He is one of two skippers on board the Te Toki Voyaging Trust waka hourua Haunui that practises celestial navigation techniques used by Polynesian ancestors for centuries.

"I think its super important for us here in the Pacific and here in Aotearoa," he said.

"It is exactly how our ancestors found these lands and got to these places through waka hourua so it's really important to keep these skills not only to find land but to now help look after the land and spread the message around different issues, such as climate change and things like that." 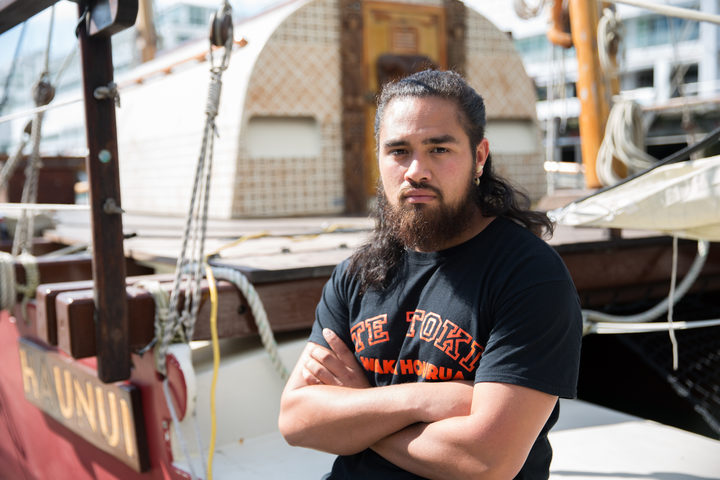 The waka hourua is made up of wood and rope but there is also an engine for days when there is no wind at all.

"We could be waiting for days to sail otherwise," said crew member Elizabeth Peryroux, who is referred to by the crew as Auntie Liz.

While the majority of the crew are young people, this 70-year old has been sailing since 2002 and has been on board a number of vaka since then. Her first voyage was on the vaka Te Au O Tonga in the Cook Islands.

She said with every sail, every crew is different and teaching the next generation of navigators is important.

"You have to get to know everyone," she said with a laugh. "And that's a good thing cos I'm chatty."

In her elder years, some of her most memorable moments have been on these voyaging trips.

"I have seen huge wave swells in front of me that has been taller than this sail mast here," she said.

"It's not scary either. It's exciting. I also remember seeing the horizon once lit up by lightning. Out on the seas you often see things that stay with you for a lifetime." 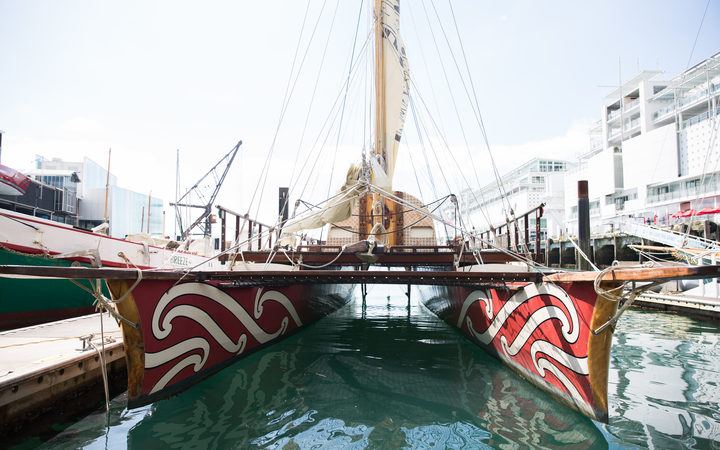 The Aotearoa owned waka has strong Pacific origins as well.

"Its origin was that it was actually supposed to have gone to American Samoa," she said.

But the vaka got damaged in a tsunami and sent to New Zealand for repair.

"It was supposed to have been taken to bits for use by other waka but it was bought by Te Toki Voyaging Society Trust. "

Crew member Darren Yates said he's been sailing for a few years now and is looking forward to next sailing from Aotearoa to Norfolk Island.

"I love how this waka is like alive, in a sense. Like when we put the sails out and the ropes move on the wood you can hear it as it moves along the water. There are so many natural fibres on this waka," he said.

He is part of the 24 member crew who will sail the double hulled waka from Aotearoa to Norfolk Island located 1,460 kms away, before sailing back. 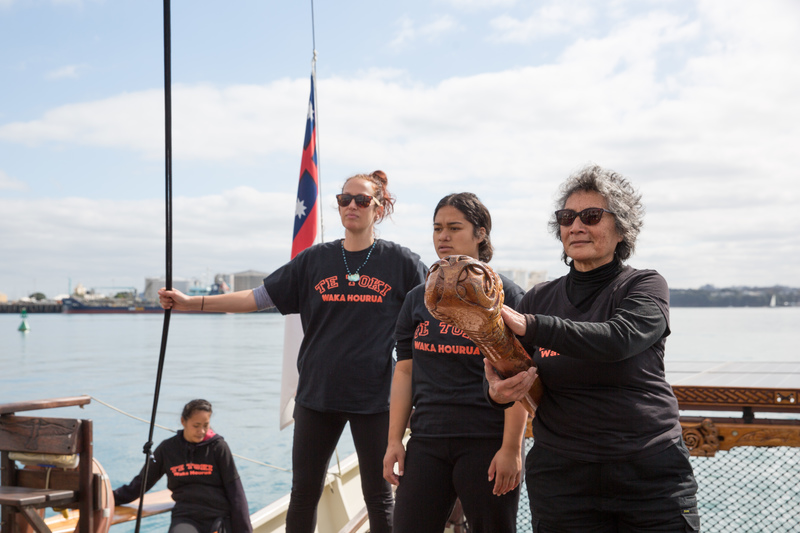 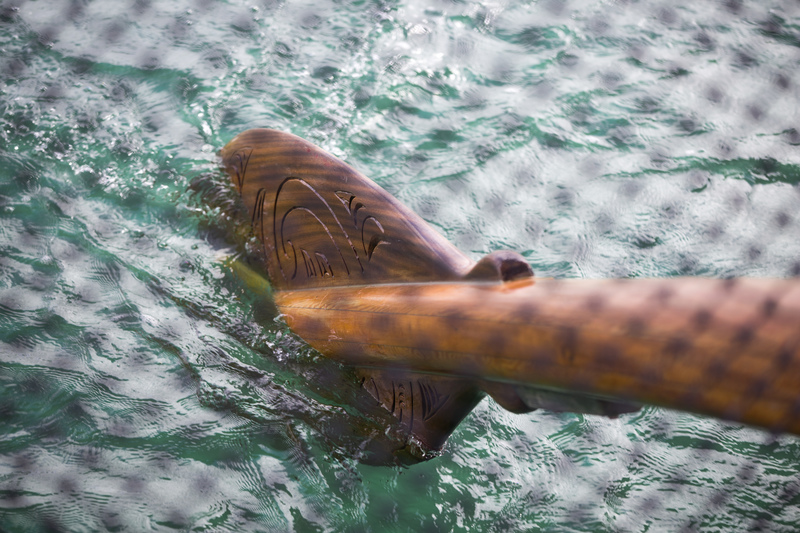 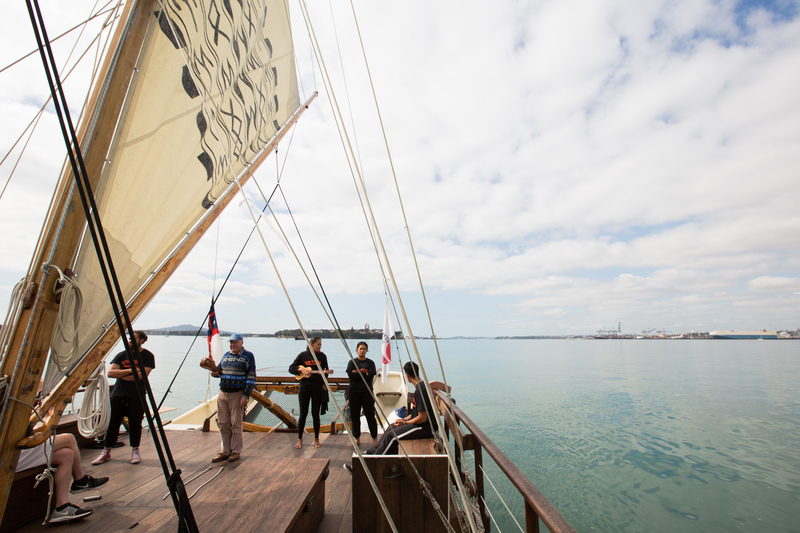 The Haunui crew are taking members of the public on sails to help fundraise for their upcoming trip to Norfolk. 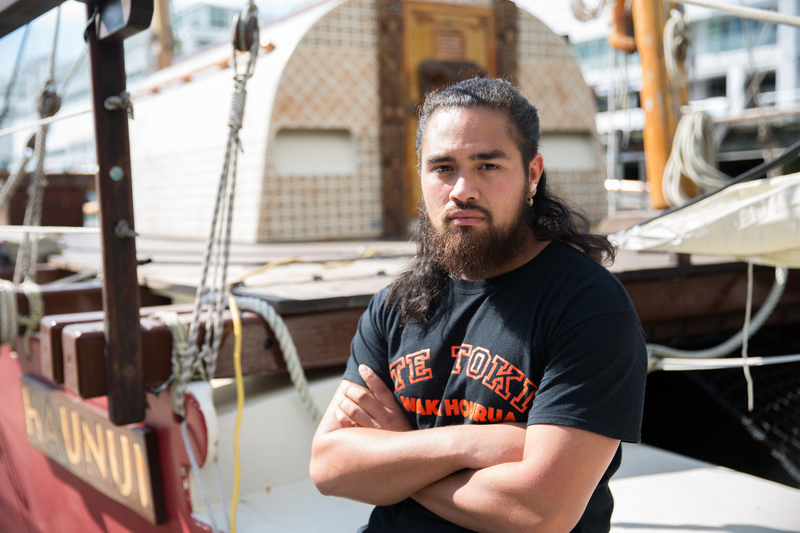 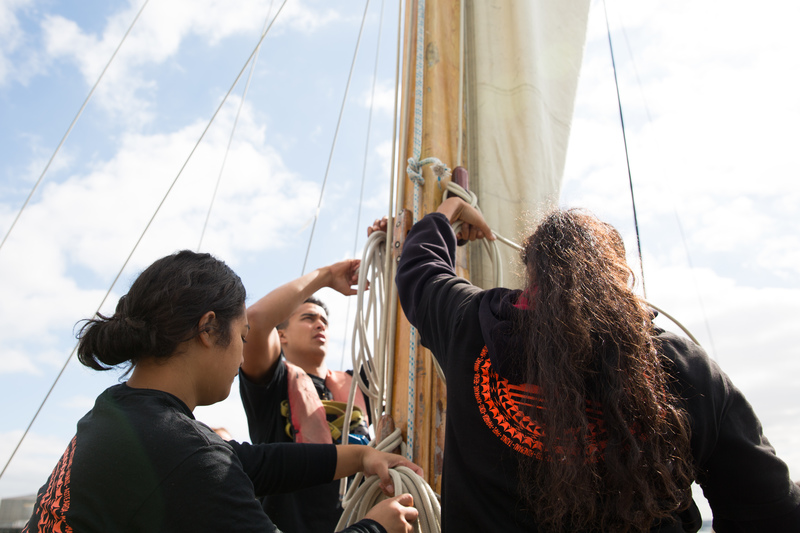 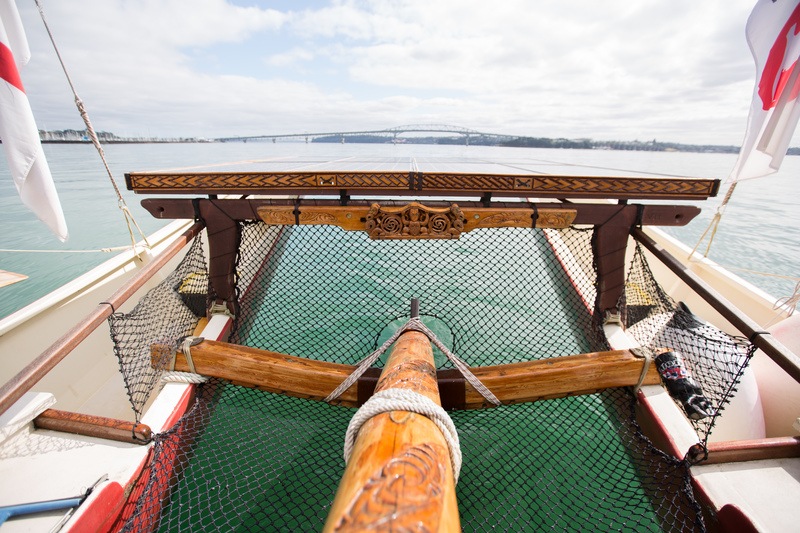 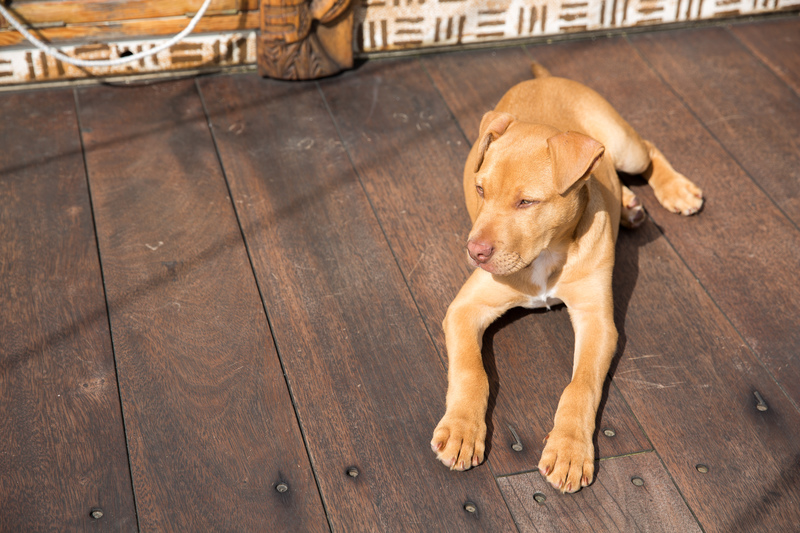 The smallest crew member on board is Joe. He slept and lay in the sun during our sail out on the Auckland Harbour. 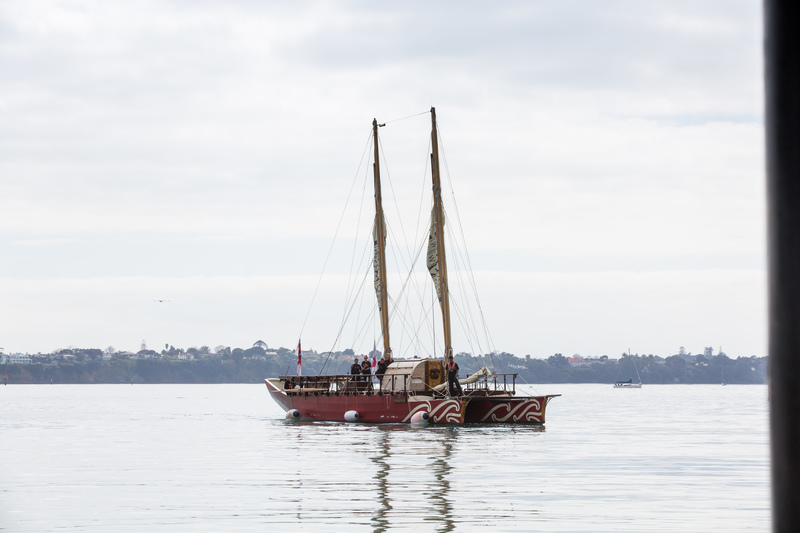 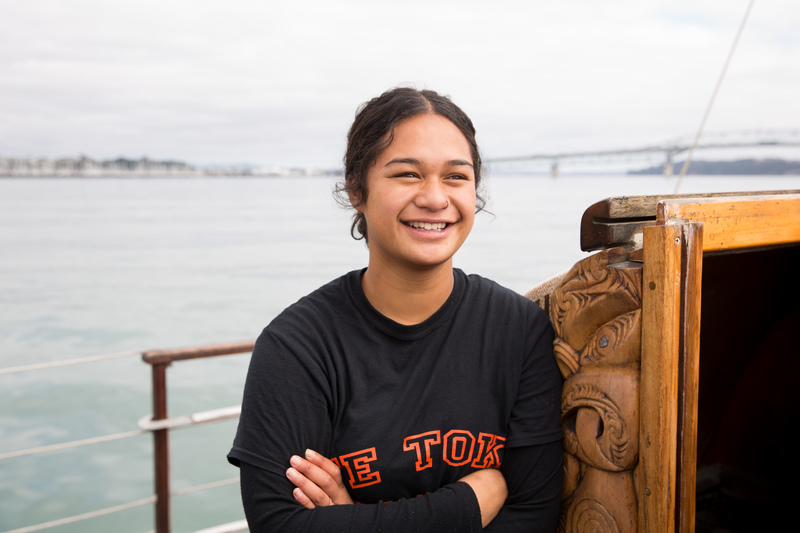 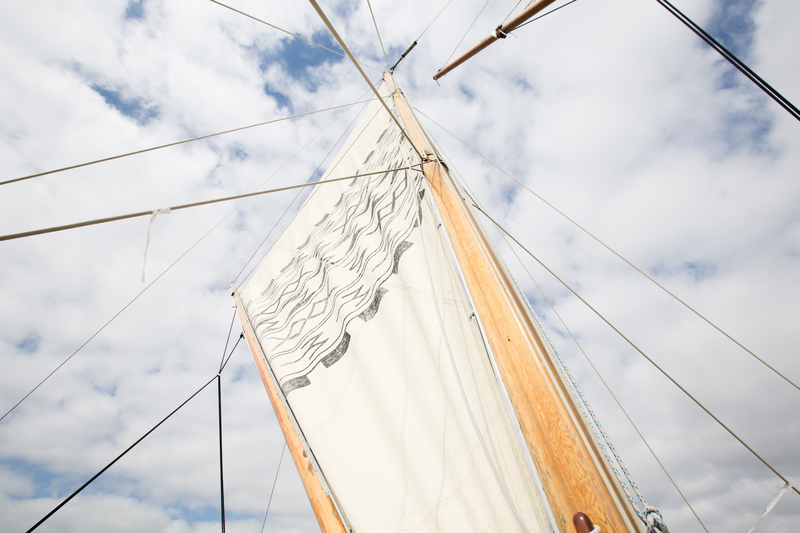 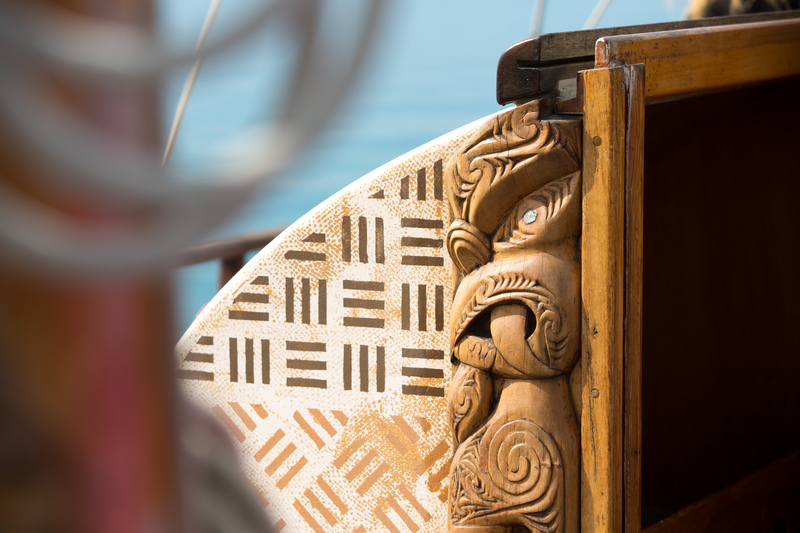 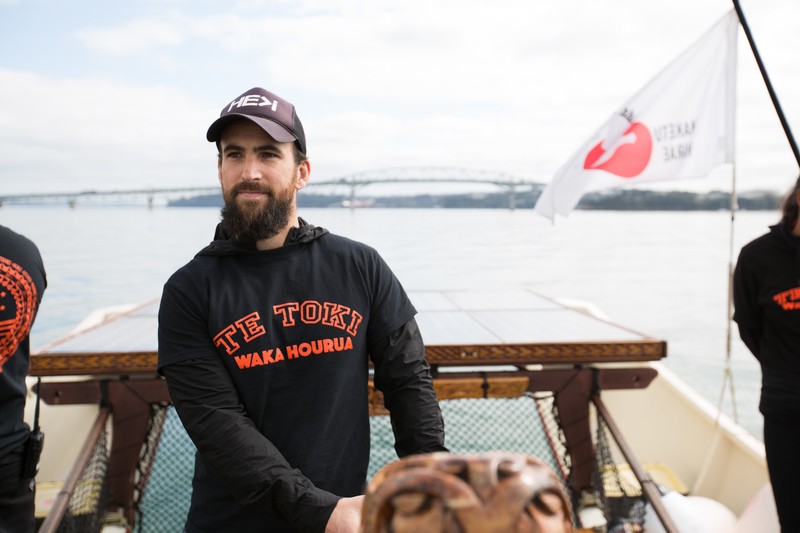 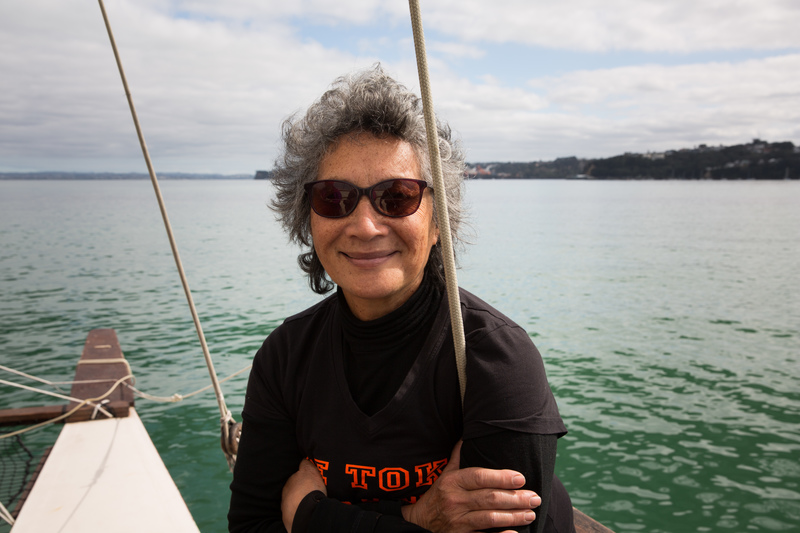 Crew member Elizabeth Peryroux. Known as "Auntie Liz", the Rarotongan born has been sailing, since 2002. 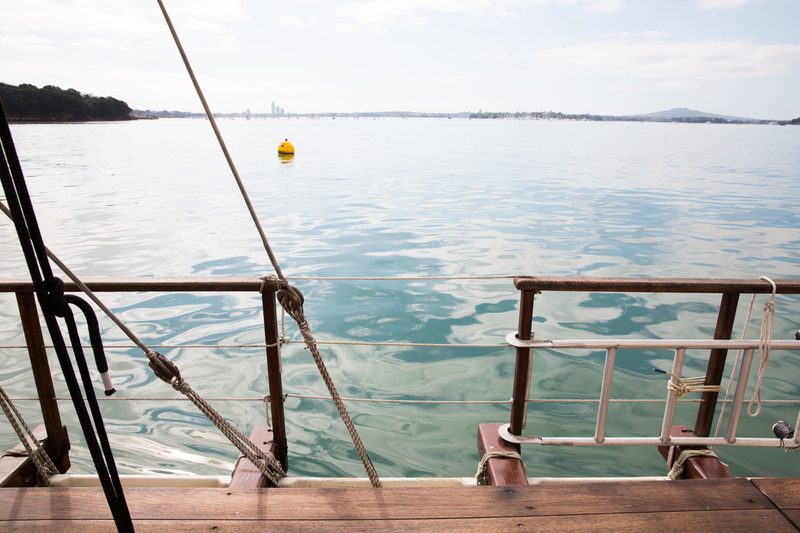 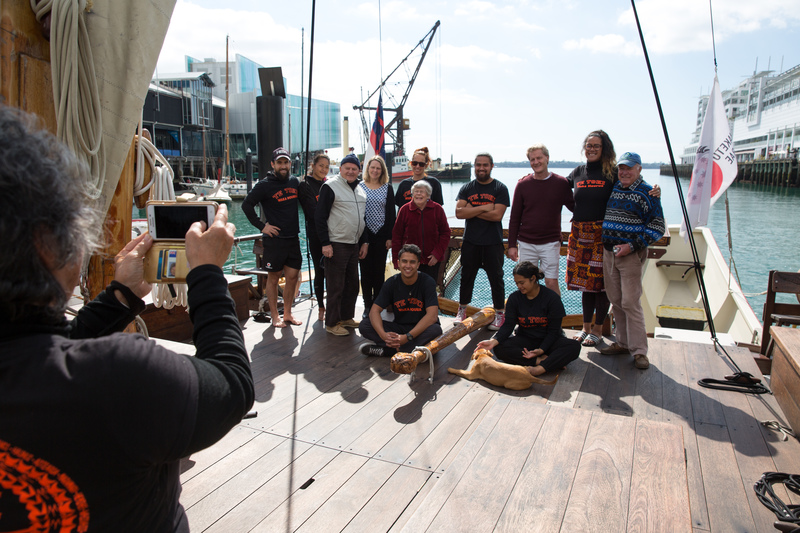 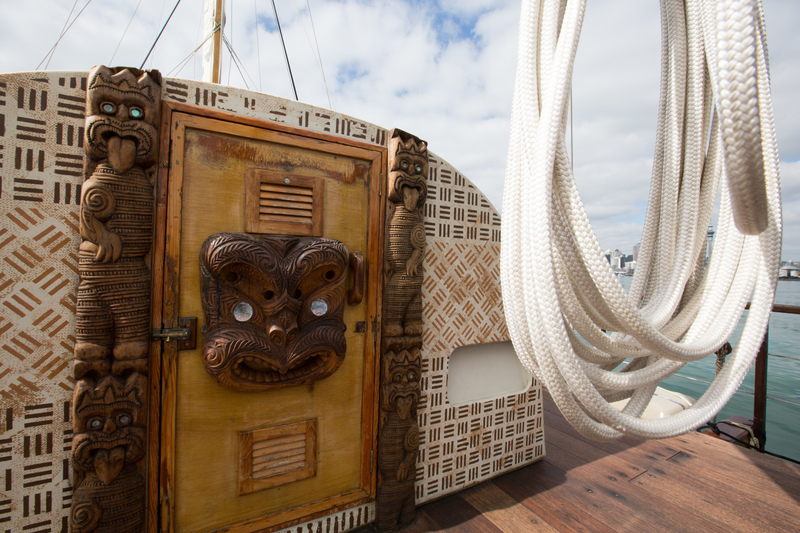 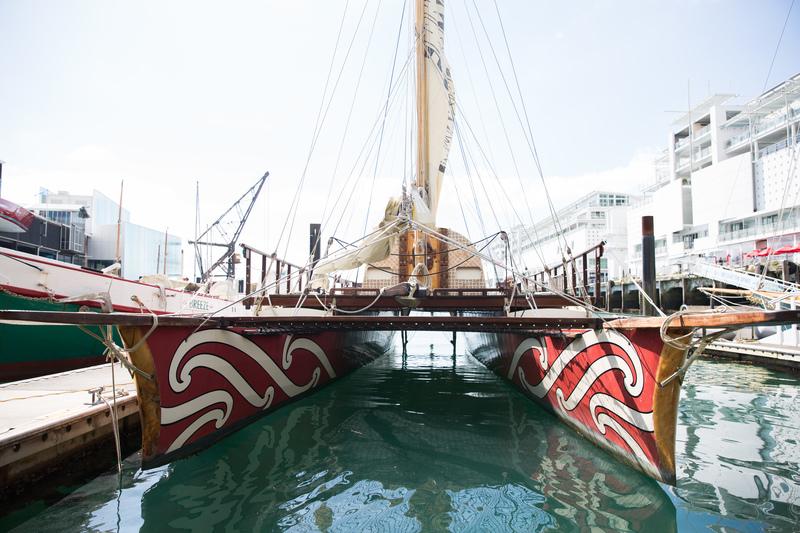 The crew are a mix of ages, genders and sailing experiences and a charter plane will be used for a crew swap on Norfolk Island to maximise training opportunities.

For 19 year old Pera Waaka, this will be her first wayfinding trip and she's excited.

The voyage is expected to take 10 days each way and will cost more than $NZ70,000. An online boosted campaign has already raised $15,500. There was also an art auction and public sailings of the waka to raise funds too.

The Norfolk sail is part of their preparation and training for the pan-Pacific sail to attend the Festival of Arts in Hawaii in 2020.

The other Haunui skipper is Trust administrator Kereama Mcleod, who hopes more youth will get on board the waka, especially Maori and Pasifika.

"The waka and moana connect us all and so if you are near a waka get involved," he said.

"In terms of identity, these waka, although they're a mixture of new technology but made in traditional ways, they are vessels in which we can trace back and reaffirm for a lot of people, especially Pacific people, their identity."