A Manus Island detainee says the financial settlement reached with the Australian government is not big enough.

1905 detainees are set to share US$53 million (A$70 million) after seeking damages for wrongful imprisonment and suffering.

About 900 men are still in the Papua New Guinea detention centre and one of them, Kurdish journalist Behrouz Boochani, said the men should consider rejecting the settlement.

Mr Boochani said before lawyers fees were extracted the men would only receive about $AU37,000 each.

He said that was not enough compensation for four years of suffering considering the government had spent billions on offshore detention.

"The majority of the refugees have been seriously damaged physically and mentally and this money is not even enough to cover the medical expenses they will have to pay as a result," he said.

Last year, a report by aid agencies found that from July 2013 to July 2016 the government spent at least $AU3.6 billion establishing and operating its offshore processing systems and facilities.

The same report found each Manus detainee cost the government about $AU400,000 per year.

Mr Boochani said the government settled the class action to prevent its human rights violations from being exposed in a trial.

He said accepting the money would prevent further legal challenges.

"We should wait until the next few weeks to make a decision," he said. "The system has humiliated us for a long time. It has threatened us and put us in a harsh place with no safety.

"I myself have lost a lot of things in my life because of this system and my body has been damaged. Compensation can never bring justice for us. It's not justice when the government has played with our bodies and souls for its own political aims. It's not justice." 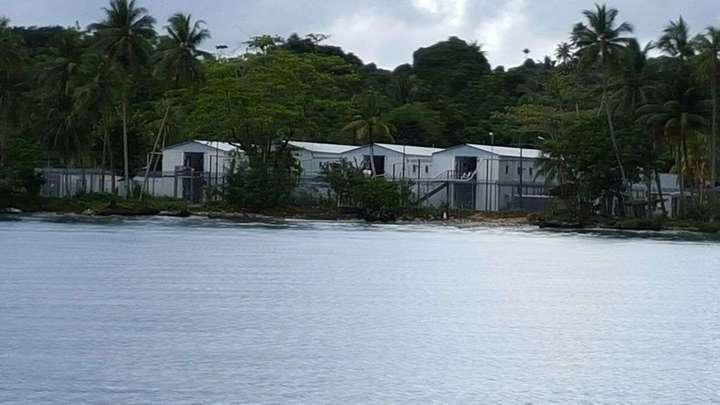 Meanwhile, a refugee advocate says the settlement is unlikely to help the Manus men avoid deportation when the detention centre closes at the end of October.

At that time refugees may be forced to settle in Papua New Guinea, a move the United Nations said was impossible.

Those not given refugee status through PNG's highly criticised immigration system could be forced back to the countries they fled.

Pamela Curr from the Asylum Seeker Resource Centre said for the Manus men the future was bleak.

"They'll have a pocket full of money but they will not have their freedom," she said.

"They'll have no travel documents, no place to live, no job. They're just told that the Australian government is going to mow down the detention centre and then walk away and leave them to it."

Ms Curr said it would be difficult for the men to challenge their non-refugee status in PNG courts.

"The process is so flawed nobody knows how to get into it now," she said.

"Some of the men who've been granted (refugee) visas didn't actually apply. Others have been refused (when) they come from countries where they've clearly suffered and have been persecuted."