An earthquake measuring 6.7 has struck the northwest of Vanuatu, the third large earthquake in the same region this week. 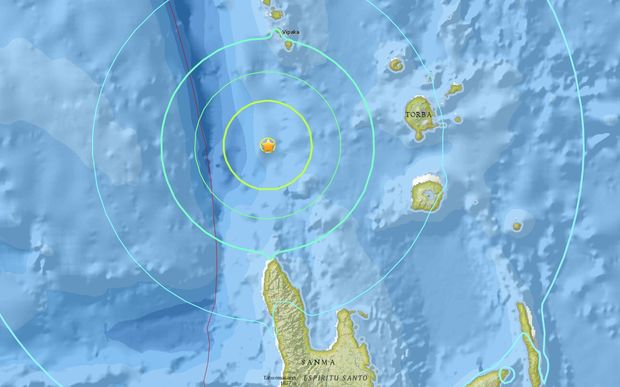 The United States Geological Service said the earthquake struck 109km west of Sola, in Torba province, at a depth of 33km.

Thursday afternoon's quake came less than 24 hours after another 6.9 magnitude struck slightly to the west in Santo at a depth of 10km.

Another quake of the same magnitude struck the area on Sunday.