Cyclone Winston was upgraded to a category five, the strongest possible, on Friday evening, with sustained winds in excess of 200km/h as authorities in Fiji scrambled to prepare for its arrival. 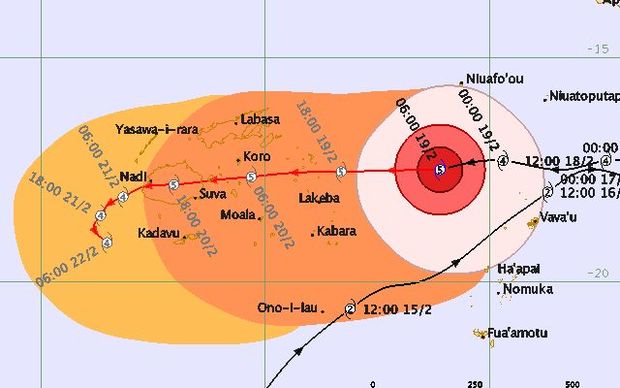 The cyclone is currently to the northwest of Tonga's Vava'u group of islands, and was forecast to track towards Fiji's Lau islands overnight on Friday and into Saturday with sustained winds of 205km/h, gusting as high as 285km/h.

Evacuation centres were opened in Lau on Friday afternoon, and residents there were urged to evacuate while there was still daylight.

On current forecasts, Winston is expected to maintain its category five strength and hit the eastern side of the main island, Viti Levu, which includes the capital Suva, directly late on Saturday.

The operations manager for the Fiji Red Cross, Eseroma Ledua, said Winston could be the worst storm to hit the country in years and the NGO had deployed relief teams and supplies across the country. 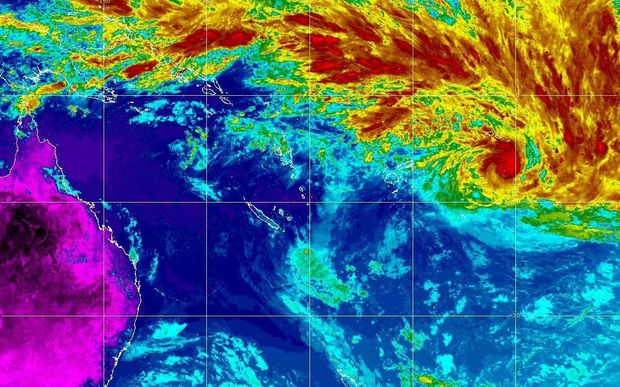 "We have a standby team here at the national office in Suva and our emergency response teams are all on standby in our different districts," said Mr Ledua.

Fiji's National Disaster Management Office had urged people to secure their homes, properties, businesses or livestock, and be prepared to evacuate.

At a news conference in Suva on Friday, the director of national disaster management, Akapusi Tuifagalele, said the cyclone could bring widespread destruction, comparing it to cyclone Pam which devastated much of Vanuatu in March 2015.

"We should not be complacent," he said. "It's high time if there are people who are still not prepared, this is the time to be prepared."