A category 1 tropical cyclone is moving slowly northwest of New Caledonia but is not expected to reach land.

The New Zealand Metservice says Cyclone Ola is in open waters, and is not expected to make landfall, or pose any risk to New Caledonia.

As of 8pm Saturday, New Zealand time, the cyclone was 300 kilometres northwest of New Caledonia.

Meanwhile, the Fiji Metservice says a weather system near Samoa has weakened, and is not expected to develop into a cyclone.

Samoa is continuing to experience heavy rain, with some low lying areas around Apia flooded. 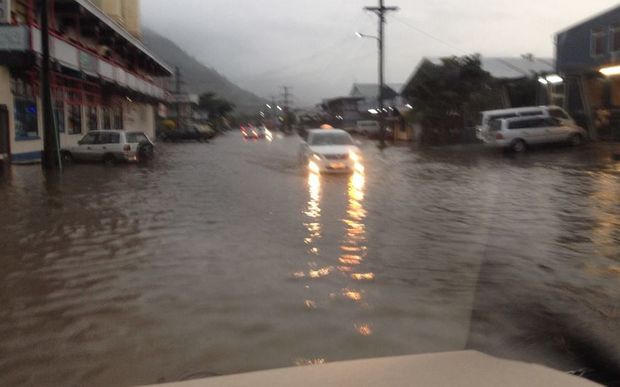 Some families in Matautu-uta village as well as Taufusi, Fugalei, and Saleufi in the town area have also been affected.

Rivers are also flooded, and families living nearby have been warned to move to higher ground.

And in American Samoa over four inches of rain fell overnight with the national weather service continuing a flash flood watch for Tutuila and Aunuu until tonight and a warning for Manu'a.

Our correspondent there says the heavy rainfall experienced last night may be mild compared to the pounding Manu'a has been getting since early this morning.

"What's affecting us in terms of the showers and the winds is really this active monsoon trough that's sitting stationary over the Samoan islands."

Elinor Lutu McMoore says the monsoonal trough lying over the Samoa group is expected to gradually move away by tomorrow.

All catholic schools and Manumalo baptist School have cancelled classes for today.