Comment: Despite the merits of their 36-13 win over the Pumas, we learned everything we needed to know about where the All Blacks are at about an hour before that test even kicked off at a sparsely populated Suncorp Stadium in Brisbane. 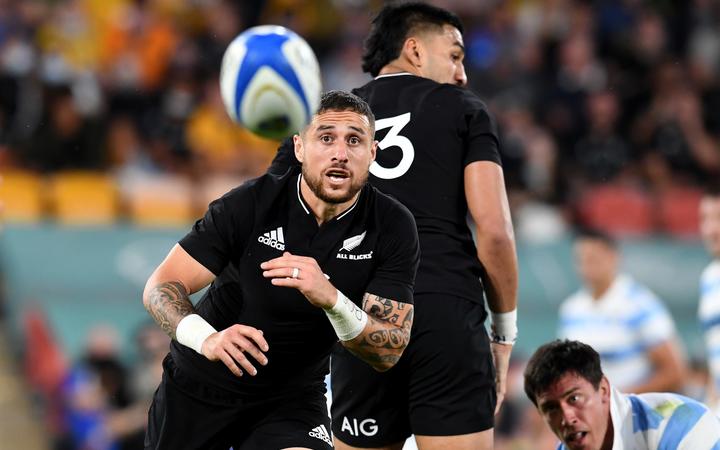 The Wallabies' surprisingly comfortable 30-17 win over the Springboks spoke volumes about just how good the All Blacks have been in 2021, with the Aussie team that they had reduced to roadkill now recording two victories in a row over the world champions.

It's been a remarkable couple of weeks for the Wallabies and Springboks, who have effectively swapped places in terms of crisis mode.

It's clear that this is, in fact, a pretty good Wallaby team with a bright future that had the misfortune of having to try and build that reputation against the All Blacks seven times in the past 12 months (made even tougher by having three of those tests at Eden Park).

Take away those results and Dave Rennie has achieved quite a lot, including an amazing resurrection of Quade Cooper as the missing ingredient in an extremely tasty backline.

It's the complete opposite for the Springboks, who most observers were predicting might show up in Australia for the Rugby Championship with a more expansive style of play than the one that bored the Lions and everyone else watching into submission during that series.

It is somewhat hard to believe that Rassie Erasmus and Jacques Nienebar were so naive to think that box kicking and tackling for 80 minutes would be a success in the Rugby Championship, but here we are.

Not only have they carried on with it, but the Springboks seem to not even be able to do it effectively anymore, Faf de Klerk's needless yellow card showing that the tight discipline required is quite prone to fall victim to massive frustration.

So what we learned from the Wallabies win was that it said a great deal about the All Blacks, who put a record score on them only a month ago in Auckland, but also an awful lot about an obviously awful Lions side that lost to the Springboks.

While the subsequent win by the All Blacks over the Pumas was probably benchmarked by the scoreline and the fact that no one got hurt, there's not too much that can be taken out of it.

The result was settled before halftime, the scrum went very well and Jordie Barrett's goal kicking form looks to have solved that particular issue. 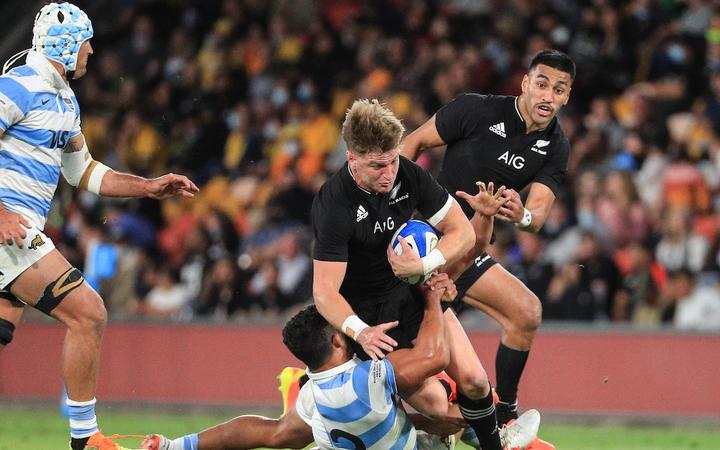 Jordie Barrett in action during the win over the Pumas in Brisbane last night. Photo: Photosport/ Scott Powick

Given that there will again be wholesale changes to the team for the Springbok game and those had almost definitely already been decided, mark this win down as a bit of very good squad management by Ian Foster.

However, it is very much worth highlighting some individual performances. Ethan Blackadder, who told us earlier this year that his former All Black captain father, Todd, had provided him with no advice before his test debut against Tonga, seemed to be at every ruck and looked like he could keep running all night when the final whistle blew.

Tupou Vaa'i deserved his two tries and could potentially be a very important member of this team given that he is only 21. If his body can withstand the rigours of playing Super and Test rugby then at this rate he could be on board for the next three World Cups. 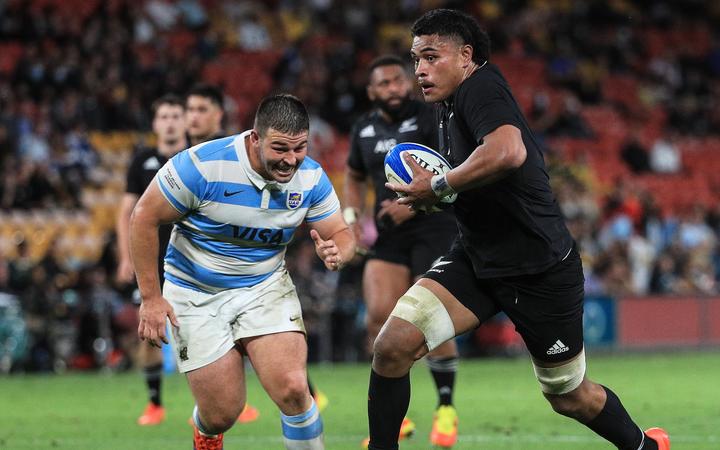 Tupou Vaa'i could have a bright future with the All Blacks if he can withstand the rigours of top rugby, Jamie Wall writes. Photo: Photosport Ltd / Scott Powick

Damian McKenzie's brief was quite clearly to put away his natural instinct to attack the line every time he gets the ball and instead manage the game, which he did well and probably earned himself a lot more trust from Foster as the first five backup.

Beauden Barrett will be slotting back in the 10 jersey next weekend. One of the most interesting selections will be who will partner him at halfback, after both Brad Weber and T J Perenara have put forward very strong cases in Aaron Smith's absence.

But really, next week will be about the pressure that is now firmly on the Springboks. It may be the 100th test between the two sides, but all of a sudden it's not really looking like the titanic struggle we were all hoping for.