First Person - For six days, a teenager has been waiting to find out if, like her friend, she caught Covid at a sushi shop. Here, her mother writes about surviving the waiting game. 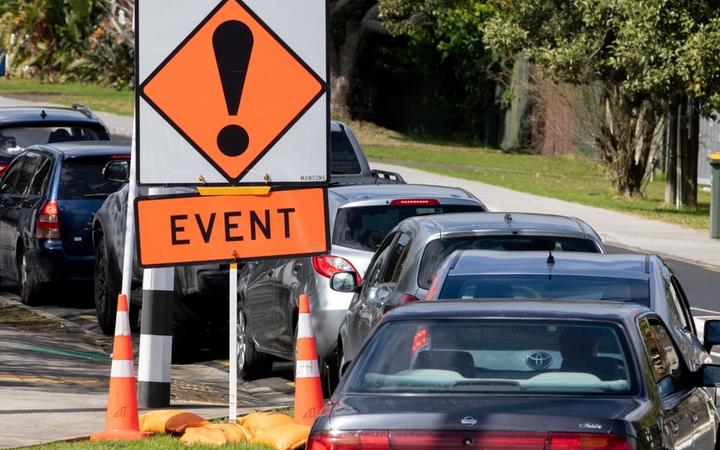 A parent of a 14-year-old girl gets used to being the biggest bore in the room. It's your job to be the voice of moderate reason, pouring cold water on overheated theories, arguing that Kendall Jenner is way too thin, eating a little cheese won't destroy the planet, and doing drugs is far less fun than Lorde would have it appear.

There you are droning away, utterly predictable and dishonest too. You'd quite like to be Kendall-thin, your environmental angst is rising with the sea levels, and if this lockdown goes on much longer you'd welcome a hit from Lorde's fennel bulb.

The mild mask of motherhood seldom slips, and so when my daughter announces on Day Two of lockdown that she has some "really, really bad news" I prepare to be visibly underwhelmed.

And it's not that bad. On 10 August, one week before lockdown, she and two friends were in a sushi shop with one of the initial Delta cases. They all need to get a test. The friend has been queuing for several hours already with both her parents. "She said that this is the worst day of her life!" says my daughter as we drive across town to join a queue that would have looked wretched a week ago but is now considered a dream.

We wait for just 90 minutes, albeit a long 90 minutes, the tension building in the car. "I have a phobia about things down the back of my nose!" reveals my daughter as we get closer to the white suits. "It won't be that bad," drones her mild mother, reminding her that tens of thousands of Kiwis are doing this exact thing right now. 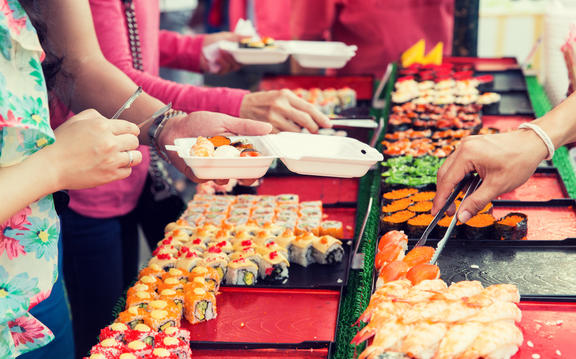 That night my daughter has intense bouts of fear but I'm a walking shrug. Based on the dates that are now at hand, it seems unlikely that someone in a sushi shop was infectious as early as August 10. Plus Gen Z is so prone to anxiety that it's habitual to either soothe or kindly dismiss them. They're the generation that cried wolf.

But Friday brings some really, really bad news. The friend from the sushi shop? She has Covid. As does one of her parents. They're heading to MIQ. My daughter needs to self isolate.

Not for the first time since Covid became a thing, my mind is a mess of math. Because now all my sums are out. Even if my daughter didn't contract the virus over sushi, she spent a week after that in close contact with her infected friend. She also babysat small children, shopped in malls and vintage markets, sat down to lunch with grandparents and cousins, took yoga classes, caught buses and ubers, spent nights at her Dad's house and nights with my partner and me. Should all of her contacts be worried?

We don't know. It's almost six days since her test and we still don't have the results. We've been calling daily, we've even done another test, but we're always told the same thing. "The result is one or two days away."

Six days in a household that thinks it might have Covid provides a glimpse into human nature. There are distinct times when each of us - my daughter, my partner and me - is certain we must have the virus. I drive that kid everywhere, snuggle up and watch Friends with her in bed. And doesn't Delta have the ability to leap across corridors and enter rooms of its own accord?

One night as I fall asleep, my partner, scrolling through his phone, announces into the darkness a complicated equation involving symptom-free timeframes, peak infectious periods, and the unique variables of the Delta strain. I don't remember how it all comes together but the conclusion is that we are screwed.

But still, we bake cakes and re-pot plants. None of us has symptoms. The biggest daily issue is my daughter's growing anxiety, which is different to ours - teens don't worry about lung damage, they worry about social stigma. I thought this shallow until my daughter showed me some of the nasty online witch-hunting that goes on around teen infections. Rest assured New Zealand, we're raising a fresh generation of finger pointers.

On the day we learned of my daughter's friend's result, I got a call from the principal of their school. He was flying blind, had heard from no one but the infected child's mother. He'd tried, like everyone else, to ring the health officials and was 137th in the queue.

This isn't one of those lengthy whinges about how everything should be under much better control. I'm not sure that any nation can deal with a shape-shifting pandemic like a well-oiled machine.

But now, when I watch Jacinda and Ashley take the podium, I feel none of the reassurance they invoked in 2020. I see two parental figures wearing mild masks.

And still we wait.

*Laura Warner is a pseudonym