Analysis - Tucked away at the back of one of those bygone staff training manuals from the country's state-run residential institutions is a revealing little pamphlet entitled 'Understanding Polynesians'. 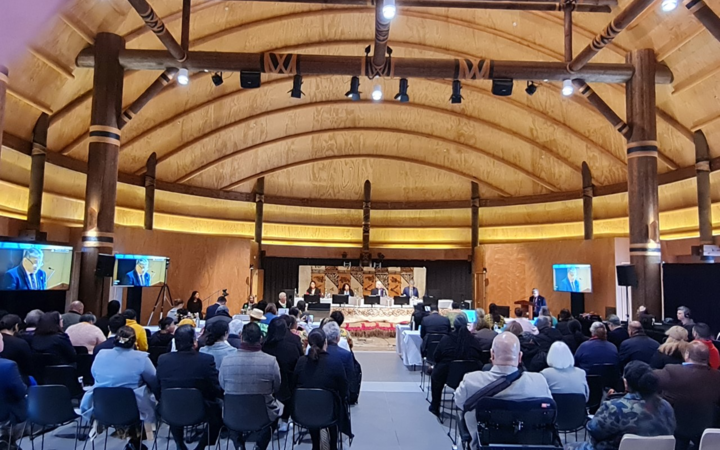 "Generally speaking," the primer begins, "Pākehā children are taught from early infancy that they must respect other people's property - 'Jimmy, you leave Mary's ball alone!' But it would never occur to Polynesian parents to say anything so restrictive".

And on it goes. Viewed with the retrospect of 50 or so years, it's remarkable how the people who worked in these places were supposed to make do with such rhubarb. But the title of this odd document does underscore a more current issue, yet unresolved, that hovered over much of testimony at the recently concluded Pacific phase of the $140 million Abuse in Care inquiry.

The "Polynesians" referred to in the document were not primarily youngsters whose immediate family links were with the island-nations of the South Pacific. Rather, as the context makes clear, the chauvinistic descriptions were of local Māori.

The distinction is important to bear in mind at a time when the inquiry is grappling with the nettlesome question of the statistical extent to which Pasifika kids were affected by residential care system from 1950-1999. How many of these children and young people were there overall? Where did they or their families hail from? Who stayed where and for how long? Nobody knows.

It's not for lack of trying. The problem is that nobody ever collected the specific information at the time, and the evidence from which to infer even a tentative conclusion is notably scant.

It would be easier to make a case for the residential system disproportionately affecting kids with Irish parentage than their counterparts from the likes of Samoa or Tonga.

The Irish in New Zealand, after all, were still discriminated against in many sectors last century. Their families often earned less and thus had greater economic difficulties with their offspring, who were sometimes more likely to fall afoul of the system.

Like Māori, with whom they often had shared whakapapa, the Irish tended to have much larger families - something the establishment viewed with great unease.

The point here is not to distract the recent public hearings into a discussion on things Celtic, but simply to show how easy it is to construct plausible-sounding historical narratives out of speculation.

As Tania Sharkey, a lawyer much in evidence this past fortnight has said, the ethnic confusion over the strictly Greek word Polynesian and who precisely it refers to in the official records remains "a central factor requiring investigation and public exposure".

To be sure, throughout the period of 1950 to 1999, the Pacific population grew immensely as a proportion of the overall New Zealand population, and certainly experienced more than its share of continual discrimination. As Sharkey has said, this disparity created numerous vulnerabilities for the community.

However, as she also notes, relying on official numbers for much of the 1950 to 1999 period is a difficult exercise. Two statistical reviews from the 1980s describe confusion and inconsistency within the Department of Social Welfare around recording the ethnicity of individuals. Later reporting methods continued to obscure individuals with mixed ethnicity. Gaps and inconsistencies in residential reports available to the Commission mean that there is simply no accurate picture.

As well as serving as a natural curtain raiser for this past weekend's apology for the third Labour government's initiation of the dawn raids in the 1970s, the latest hearings included much moving testimony about abuse in general from many of the speakers at the symbolically rich Fale o Samoa in Māngere.

Not surprisingly, much of the discussion turned on questions of culture, ethnicity and a valuable look at the promiscuous use of umbrella terms like Pacific Islander and Polynesian.

The nuts and bolts of how and why these historical institutions ran as they did, and that darn elusive data relating to Pasifika, were less on display. And on one occasion at least when the testimony about an institution was highly specific, this in turn only raised more unanswered questions.

Still, at least at the end of this process, there will be more than a pamphlet to show for it.

* David Cohen is a Wellington journalist and the author of Little Criminals: The Story of a New Zealand Boys' Home. He supplies regular analyses of the Abuse in Care Royal Commission for RNZ.