Following a recent storm surge in Wellington, some media coverage expressed surprise that 30cm of sea-level rise - an unavoidable amount projected to happen by the middle of this century - would turn a one-in-100-year coastal flood into an annual event. 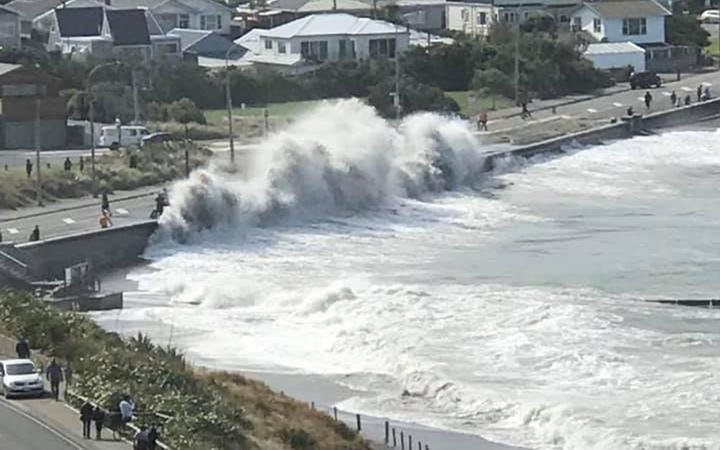 Our research survey, published last week, confirms that many New Zealanders (38.2 percent) indeed underestimate current and projected sea-level rise. But it also shows a similar proportion (35 percent) overestimate it, and only about about a quarter (26.9 percent) are in line with current understanding of sea-level rise.

Our study is part of the public engagement research of the NZ SeaRise programme, which is co-led by Richard Levy and Tim Naish.

We surveyed a representative sample of New Zealand adults.

The finding that a significant number of New Zealanders overestimate sea-level rise might seem positive at first, as it could lead people to be more prepared, but the evidence indicates that's not the case.

Overestimating the risk of sea-level rise can be as much a problem as underestimating it, because it can lead to public anxiety and feelings of helplessness, rather than motivation to take action to mitigate and adapt.

In 2019, the Intergovernmental Panel on Climate Change (IPCC) reported that between 1902 and 2015, global sea level rose by 16cm on average. The process has been accelerating in recent decades, as ice loss from the Greenland and Antarctic ice sheets has increased.

According to the IPCC, the planet will likely experience 0.24-0.32m of sea-level rise by 2050. What happens beyond 2050 depends on how successful we are at reducing carbon emissions. 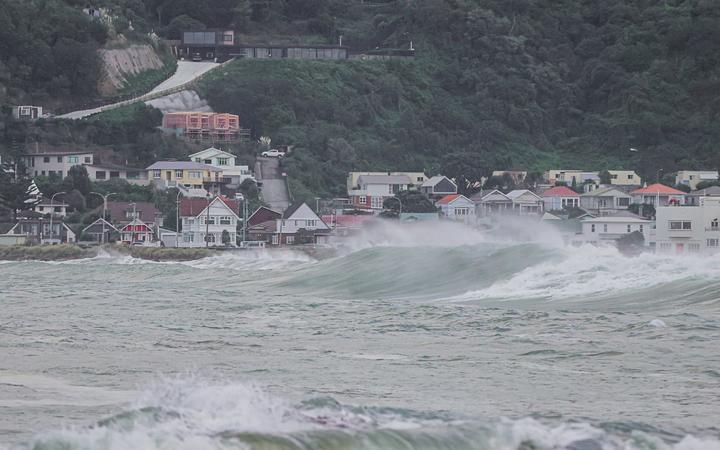 In 2017, the Ministry for the Environment published projections for New Zealand of 0.46-1.05m of sea-level rise by 2100, depending on how quickly global carbon emissions are reduced.

The NZ SeaRise programme is working to finetune projections because the sea doesn't rise universally along the coastline.

But before we start sharing these new projections, we wanted to find out what people already knew. The survey asked New Zealanders to indicate what they knew about the amount, rate and causes of sea-level rise.

When asked how much global sea levels could rise by 2100 under "a scientifically credible worst-case scenario", only 33.1 percent of respondents gave an answer in line with current science, answering "1m or more" (16.7 percent) or "2m or more" (16.4 percent).

Another 22.5 percent of respondents underestimated the worst-case scenario by selecting "up to 1m", while 37.4 percent overestimated it, selecting "5m or more" (18 percent) or higher (19.4 percent). In fact, "15m or more" by 2100 (selected by 6.8 percent) would defy physical laws around how fast ice can melt, even under extreme temperature forcing.

Respondents were also asked to identify and rank the major causes of sea-level rise from a list of ten items. Here, 28.7 percent of respondents erroneously identified melting sea ice (which does not directly contribute to sea-level rise) as their top ranked cause.

The public's association of melting sea ice with sea-level rise may be due to the significant media coverage given to melting sea ice in the Arctic, rather than the factors contributing to sea-level rise, such as melting of land-based ice sheets and glaciers, the expansion of the ocean as it warms, and land subsidence.

Respondents who overestimated the amount and speed of sea-level rise were more likely to express greater concern. But concern is not always helpful. A focus on extreme (and often unsound) projections of sea-level rise can lead to more anxiety instead of greater motivation to act.

Nevertheless, our research shows New Zealanders are aware of, and concerned about, 21st Century sea-level rise, which is already affecting coastal communities and infrastructure.

The NZ SeaRise programme is preparing a set of location-specific sea-level rise projections, taking into account global and regional projections of sea-level changes and new knowledge of local vertical land movements, including subsidence and earthquake uplift.

New Zealand straddles a tectonic plate boundary and the land moves up and down as a result. This movement can be large and rapid during major earthquakes, but is relatively continuous along most coastal regions between earthquakes.

For example, measurements from satellites show that today, regions of the lower east coast of the North Island are going down at rates up to 8mm per year and areas along the central Bay of Plenty coast are rising at rates over 10mm per year. Sea-level rise is amplified in places where land is subsiding and dampened where it is going up.

Adding continuous estimates of vertical land movement to our sea-level projections shows future increases in the frequency of coastal flooding due to global sea-level rise will happen decades sooner than expected in areas that are going down, and vice versa.

Criticisms of the "deficit model" of science communication show that encouraging action on an issue - such as sea-level rise - is not as simple as ensuring that people are fully informed. But it is essential they have access to reliable scientific information that can inform their decisions.

Our goal is to provide location-specific projections so all New Zealanders have the information they need to help with decisions and discussions about how we manage life on the coast.

- This story was first published on The Conversation