Comment: Bruised by its divorce from the European Union, Britain is busy getting out more, making new friends and renewing old acquaintances. 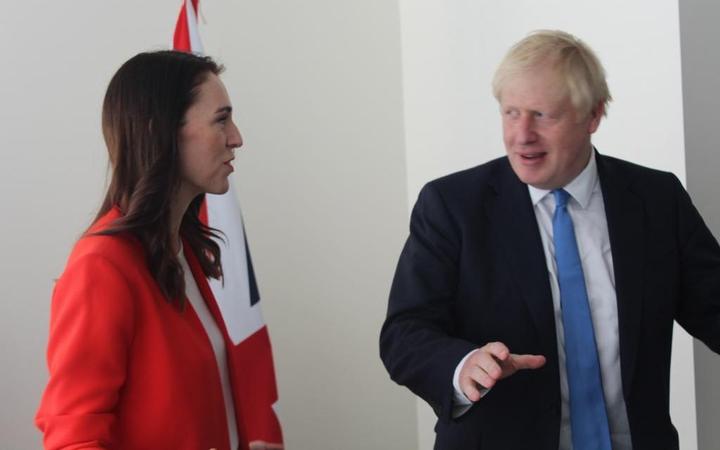 Jacinda Ardern and Boris Johnson at a meeting in September 2019. Photo: Supplied

Serenaded with promises of cheaper cars, whiskey and marmite, Australia was first to sign a free trade agreement (FTA) with the UK - but New Zealand is not far behind.

The National Party opposition was quick to criticise the Labour government for being too slow with a UK deal, but Prime Minister Jacinda Ardern responded pointedly by saying New Zealand wanted "quality over speed".

The significance of the Australian deal has also been downplayed, with the credit rating agency Moody's saying, "the economic impact of the trade deal is negligible". Others have argued the deal is more about demonstrating post-Brexit sovereignty than economic gain.

Yet there's no denying Britain needs to diversify its markets to offset the negative economic impacts of Brexit. New Zealand, too, is keen to grow trade after the pandemic disruptions and diversify its trade markets beyond China.

With a deal expected this August, the big questions are: what's really in it for New Zealand, and what considerations will have guided negotiations?

Much has changed since Britain joined the old European Common Market and cut the colonial apron strings. New Zealand is a different country now, and can cut a deal on its own terms.

Where once Britain was New Zealand's most important trading partner in the 19th century, today it ranks sixth. Well behind China, Australia and (ironically) the European Union, trade with the UK was nonetheless worth nearly NZ$6 billion by 2019. But it's not exactly a two-way street.

While New Zealand embraced free trade and did away with many import tariffs, Britain still imposes tariffs on imports. So, while British motor vehicles attract very little in the way of tariffs (other than GST) in New Zealand, there remain prohibitively high tariffs and quota restrictions on New Zealand's key exports to the UK.

For example, beyond limited quota volumes, British tariffs on New Zealand butter and cheese are equivalent to 45 percent of the product value, 16 percent on honey and up to 20 percent on seafood products. The tariff on New Zealand wine ranges between £10 and £26 ($NZ18-$48) per litre.

So, New Zealand should expect nothing less for its exports than the gains Australia has just made. While there is a lot of detail yet to come about the Australia-UK FTA, it appears British quotas will rise and tariffs drop quickly over the next decade. According to some analysis, this is effectively an elimination of the old trade barriers. 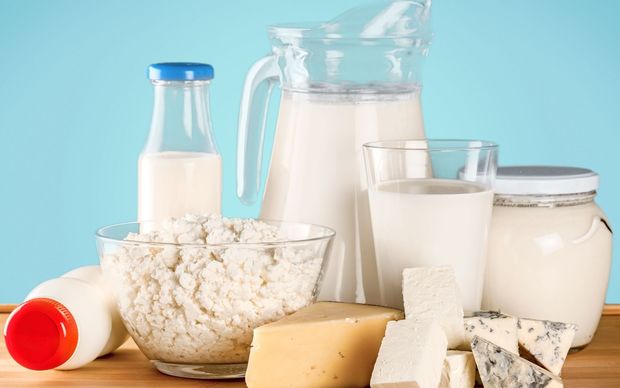 New Zealand must expect similar gains to what Australia has made, including for its dairy exports. Photo: 123rf

The same must be a bottom line for New Zealand's primary products, too. There may be resistance from the British agricultural sector, which has been sounding the alarm that free trade could "could spell the end" for farmers.

Regardless, settling for anything less than Canberra achieved would be a national disgrace for New Zealand.

The FTA's scope needs to be wider than just product exchange. For example, New Zealand is part of an international initiative pushing for an agreement on climate change, trade and sustainability.

Including the guiding principles of that agreement - removing tariffs on environmental goods, eliminating harmful fossil fuel subsidies, and the development of eco-labelling programmes - should be a priority.

As New Zealand continues to improve its agricultural response to climate change and humane farming standards, this will help deflect any blowback against its exports. It also represents a competitive advantage, with New Zealand being seen to be using international trade to drive sustainability standards.

Māori interests must be the other main priority in this area. After all, Māori have a unique relationship with the British Crown, given it was the emissaries of Queen Victoria with whom the Treaty of Waitangi was signed.

As the emissaries of Elizabeth II (the great-great-granddaughter of Victoria) negotiate this latest milestone in the relationship, they must be made fully aware of the importance and relevance of the Treaty to any new agreement, especially with Māori-led trade initiatives.

Finally, the agreement must also be about people. Britain will be seeking to mitigate the reduced migration flows caused by Brexit, and New Zealanders will be prime targets. Aside from the tourist potential, Britain will want Kiwi students, workers and entrepreneurs.

Retaining and expanding British access for New Zealanders, however, must be reciprocal. If not, New Zealand risks losing one of the few positive outcomes of Covid-19, namely the "brain gain" of returning expats.

The government's so-called "once-in-a-generation reset" of the immigration system is central to this, moving New Zealand away from relying on low-skilled workers to attracting those with higher skills. Making New Zealand an attractive and viable option for Britain's best and brightest should be a byproduct of the FTA.

With formal negotiations concluded, the "quality" of the eventual deal remains to be seen. But New Zealanders should expect an agreement that appropriately acknowledges the special relationship between the two countries.

*Alexander Gillespie is a Professor of Law at Waikato University.

This article was first published in The Conversation and is republished with permission.