New Zealand has now had three "Wellbeing Budgets": the prototype in 2019, the Covid-19 "Rebuilding Together" version in 2020, and today Finance Minister Grant Robertson announced the Labour government is "Securing our Recovery". 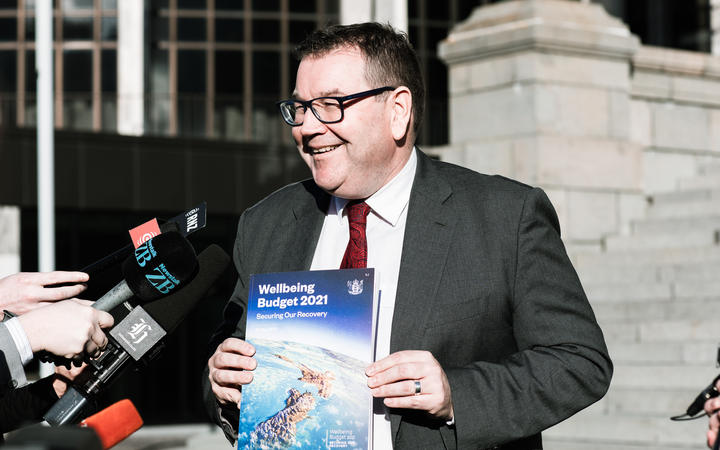 Here, three experts respond to today's budget and assess its implications in various crucial areas for the year ahead.

A budget for middle New Zealand

Finance Minister Grant Robertson opened his budget speech by taking voters old enough to remember back to 1991. This was the year Ruth Richardson's first budget as finance minister was handed down. She described it as the "Mother of all Budgets" and it is remembered for considerable cuts and fundamental changes to social expenditure in New Zealand.

It was savage for low socioeconomic groups and set the scene for New Zealand cementing itself as a neoliberal leader. Today, many advocacy groups seeking increased social spending argue 1991 was the start of what has become intergenerational poverty and inequality.

Invoking the Mother of all Budgets - before announcing spending increases in benefits, student allowances, Māori health, housing and education, and more money for capital expenditure on hospitals and schools - allowed Grant Robertson to once again align his government with the halcyon days associated with Michael Joseph Savage's first Labour government.

Certainly it was a budget that will warm the hearts of Labour's base. Judging by much of the early reaction from the Greens and Māori Party, it might also appeal to those who vote for the cross-benchers. All this while emphasising the importance of ensuring debt did not reach 50 percent of GDP and being fiscally prudent.

There are also critics on both sides (other than the National and ACT parties). Economist Cameron Bagrie and Susan St John from the Child Poverty Action Group both rued the absence of transformation, albeit from different perspectives.

Benefit increases were welcomed but are not yet sufficient to cope with increased housing costs, to relieve debt, and make up for intergenerational asset loss.

Meanwhile, there is still no clear pathway to opening the borders to help with the supply of goods, skilled workers and international students to support the government's new and existing infrastructure projects, and to revive our connections with the world.

These criticisms will not worry the government. Robertson had dampened expectations in advance of budget and then surpassed them on delivery. This is a budget for Labour's base and the centre, meaning the polls will remain favourable, and there will be little of substance for the opposition to rail against. At least for a while.

A welcome welfare boost but still not enough

The Budget 2021 welfare increases are to be welcomed. From July this year all main benefits will rise by $20 per adult. From April next year there will be a further increase of $15 per adult for beneficiaries with children, plus an additional top-up to bring rates to at least those recommended by the Welfare Expert Advisory Group (WEAG) in 2019.

These are big increases and go a long way towards reversing the 1991 welfare cuts and subsequent long decline in the level of benefits compared to wages. In that respect, Finance Minister Grant Robertson is justified in describing today's announcement as historic.

But, sizeable as they are, are these increases big enough? Do they provide those reliant on benefits - the poorest in society - with an adequate minimum standard of living, sufficient that they can fully participate in their communities?

The answer is almost certainly no, at least for many people on benefits. Notably, the budget goal of meeting the WEAG recommendations for core rates by 2022 takes no account of price increases in the three years since WEAG reported.

Nor has the budget addressed the Working for Families tax credits or the Accommodation Supplement, despite the rapid increases in rents many beneficiaries have been facing in recent years.

More analysis is needed, but it appears unlikely the Budget 2021 increases are enough to meet the incomes WEAG calculated families and individuals need to get by on.

Robertson also announced the government, in concert with Business New Zealand and the Council of Trade Unions, is looking to develop a social unemployment insurance scheme. It would be unfortunate, however, if today's announcements were seen as the last word on benefits and attention then turned to supporting those more advantaged New Zealanders with a scheme that pays considerably more than a benefit.

A shadow carbon price, but nothing transformative

We were warned this was not going to be a climate budget. But the government seems to have learned lessons from its previous term, and has under-promised to allow for positive surprises.

The biggest surprise was that, from Budget 2022 onwards, the government will hypothecate (or recycle) the revenue generated from the auctioning of Emissions Trading Scheme allowances into emissions reductions programmes. Doing so is international best practice, yet it comes up against Treasury's longstanding aversion to hypothecation. This is a major policy win, and ensures ongoing revenue for climate change issues.

Rail enjoys a major boost of $1.3 billion in operating and capital expenditure and New Zealand Green Investment Finance is being recapitalised with an extra $300 million, essentially quadrupling in size, with a focus on decarbonising public transport, waste and plastics.

There are sprinkles of climate-related investment elsewhere, including $302m for incentivising low-emission vehicles, $120m for home insulation and heating retrofits, $17m to build regulatory capacity for climate risk reporting by large financial institutions, $6m to implement a sustainable biofuels mandate, $14m to better enable just transitions for communities, $14m to scale up business support by the Energy Efficiency & Conservation Authority, and $41m to improve diffusion of low-emission technologies in the transport sector.

The agricultural sector received $37m for the delivery of a national integrated farm planning system and a long overdue $24m boost to accelerate research to mitigate agricultural greenhouse gases. Allocations for climate-related policy workstreams include $300m to reform water services (drinking, waste and stormwater) and $131m to replace 30-year-old resource management legislation. Both are critical to climate adaptation.

The programme to make the public sector carbon neutral by 2025 receives $67.4m and the Climate Change Commission gets a $10m top-up to address "critical cost pressures related to an underestimation of the complexity and scope" of its activities.

Overall, New Zealand still isn't making the transformative investments on the scale of this week's International Energy Agency report. Perhaps, with its emissions reduction plan in hand by the end of this year, the government will fulfil that ambition next year.

But it is also important to keep in mind what the budget leaves out. The low-emissions transition requires not only investment in clean infrastructure, but also harm avoidance by avoiding investments that lock in fossil fuel dependence.

Notably, this is the first budget with a shadow price for carbon. The relative lack of funding for roads in the $57.3b investment in infrastructure may signal a shift away from the emissions-intensive status quo.