Opinion - Why is it okay to leave Kiwi-Indians unable to return to their country of citizenship, some would say ‘stateless’, when the prime minister has repeatedly said Kiwis need to be allowed to return home? 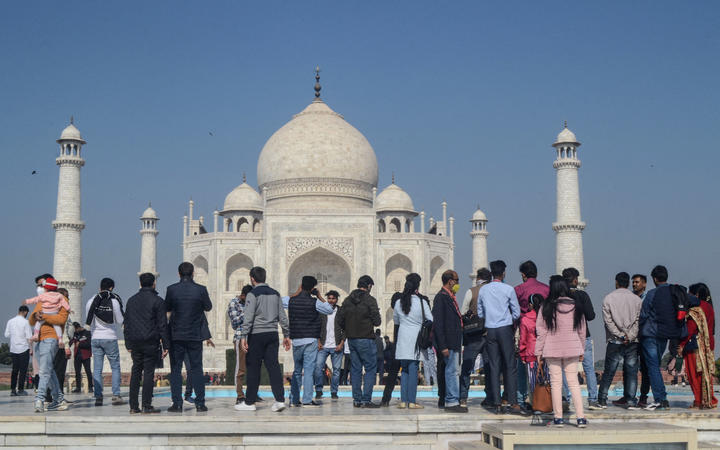 Covid-19 has hit other countries harder than India, so why the travel ban? asks Sandeep Singh. Photo: AFP

There is an unmistakable sense of outrage within the Kiwi-Indian community, after the government's abrupt decision to temporarily suspend flights from India.

The outrage is because Prime Minister Jacinda Ardern has repeatedly said every time she was questioned about the plight of tens of thousands of temporary migrants who were ordinarily resident in New Zealand and were not allowed to return back as per their visa, that their government cannot leave Kiwis 'stateless'.

Until, of course, they were Kiwi-Indians.

If this is not a case of an unconscious bias, then what is?

The message coming out from this latest decision is clear - if this government can render Indian origin Kiwis 'stateless' without any qualms, then the temporary migrants stuck overseas who have invested heavily for their legitimate visas and right to live in this country should not entertain any false hopes of ever returning back.

The Human Rights Commission has already called out the government on the flight suspension, asking for more transparency on this historic and unprecedented decision.

Ministry of Health data has been generously cited in the media, saying there has been a surge in the number of Covid-19 cases arriving on flights from India, reaching around 60 in the past two weeks.

However, the risk posed by travellers on flights from India is not significantly different than that of other major countries, such as the United Kingdom and United States.

Then why have flights from India been considered a greater risk than flights from other countries, from which deadlier strains of the virus have arrived on New Zealand's shores?

The safety of the team of 5 million is a topmost priority for the Kiwi-Indian community, just like the rest of New Zealanders.

The government needs to come up with a systematic policy and robust border management to deal with any sudden spike in the number of cases arriving on flights to New Zealand, irrespective of the country of origin.

Travellers in this severely restricted global travel environment are not travelling for leisure - at least not before the Trans-Tasman bubble opens up next week.

A majority of them are desperate travellers, who are putting their lives at risk, taking huge debts to pay for exorbitant airfares and MIQ costs.

Some are visiting dying parents or relatives, dealing with emergencies in their lives, or in the Kiwi-Indian communities' case, travelling to fetch their partners, some of whose legal cultural marriages are facing another kind of bias by not being recognised by Immigration New Zealand.

They need to be treated with kindness and compassion and not subjected to an unconscious bias.

* Sandeep Singh is the editor of Auckland-based community newspaper The Indian Weekender. The views expressed are the author's alone.