Comment: On NRL Grand Final Day, there are a few things almost guaranteed. A couple of heroes. Some villains. A controversial refereeing call or two and some wonderful drama. And hype, like only the Australian league machine can deliver. 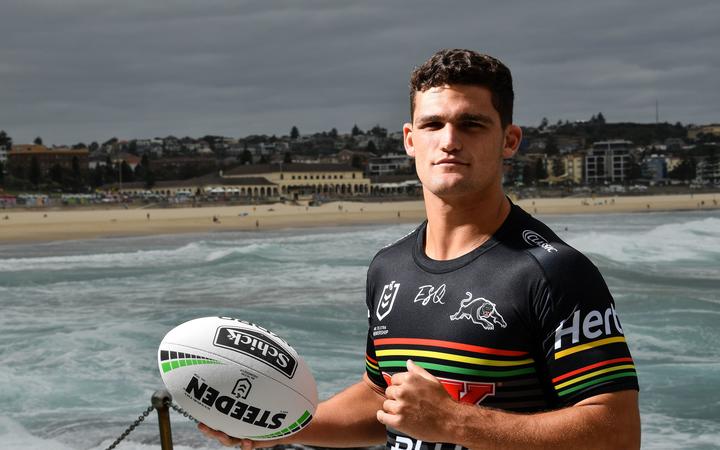 It's also become an annual ritual for New Zealand sports fans, like Bathurst or the Melbourne Cup.

Tomorrow's encounter between the Penrith Panthers and the Melbourne Storm - which kicks off at 9.30pm NZT - marks three decades of grand finals being beamed into our living rooms.

It wasn't always that way.

Until the late 1980s only delayed highlights were available, up to a week later, while diehard fans would rent VHS copies shipped from across the Tasman.

Everything changed in 1989, with the thriller between Canberra and Balmain.

The match was broadcast live on TV1, with the 6pm news being delayed as the game went into extra time, giving hundreds of thousands an unexpected view of an amazing spectacle.

Since then Kiwis have been hooked. Interest spiked with the Warriors involvement (2002 and 2011) but there are always plenty of local storylines.

Jesse Bromwich may join an exclusive club tomorrow. The Melbourne Storm prop could become just the second New Zealander to earn three grand final rings, after previous victories in 2012 and 2017.

Happily for the big men, the only other Kiwi with a hat-trick of wins is fellow front rower Jared Waerea-Hargreaves, who enjoyed success with the Roosters in 2013, 2018 and last year. 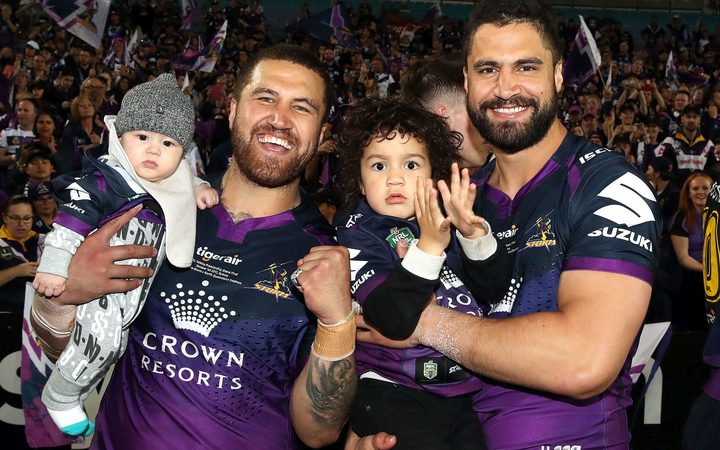 From a trickle to a flood. That's the pattern of Kiwis in grand finals, since the first appearance by Bill Noonan in 1975.

Across the entire decade of the 1980s there were only five Kiwis spotted on the NRL's biggest day, but tomorrow night alone eight New Zealanders will take the field.

There are more players from this country in the competition, but also increasing numbers in the successful teams. The two heavyweights of the past decade (Roosters and Storm) have had a strong Kiwi core, while the Raiders - the only team to challenge that duopoly since 2017 - have depended on a cluster of New Zealanders.

This past decade has seen more than 60 men from this side of the Tasman feature in the NRL's decider and the total number of grand final Kiwis will pass 160 after tomorrow's game.

Pride of Tokoroa finds a way back

Of all the angles around this year's match, one of the most heart-warming is Zane Tetevano's redemption story. After playing most of the 2019 season for the Roosters, he was 18th man (non-playing reserve) for the grand final.

That's a place no one wants to be, and coach Trent Robinson said it was one of the toughest calls of his career. The Tokoroa product was then forced out of Bondi due to the salary cap.

Leaving the back-to-back premiers was tough, but the prop has struck gold at the foot of the Blue Mountains, part of a Penrith team on a 17-match win streak.

This year he'll be part of a grand final, instead of watching from the stands.

Can a Kiwi claim the Clive Churchill medal?

Could this be the year that a New Zealander is recognised as the best on the field in a grand final?

Despite plenty of strong performances, no Kiwi has won the coveted Clive Churchill medal.

As one door closes…

Tomorrow will be the end of Cameron Smith's remarkable career but hopefully the start of a new era for his New Zealand deputy.

The Queenslander is expected to retire after 431 NRL games, ending an interminable wait for his Kiwi namesake.

When Brandon Smith joined the Storm in 2016, it was expected to be a two-year apprenticeship but it has stretched to four. 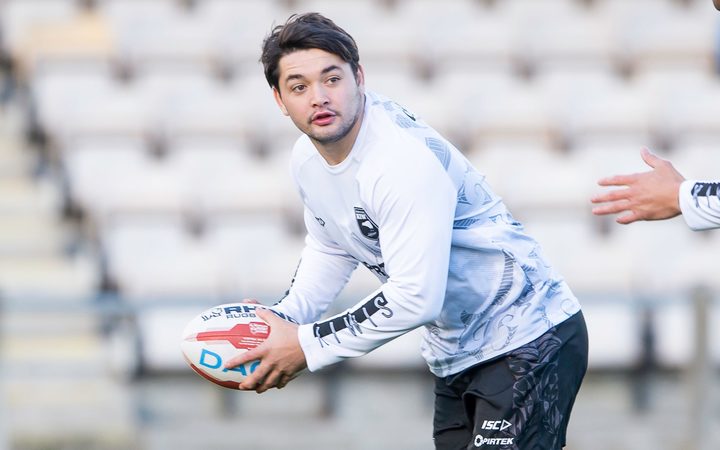 He's been patient, and converted himself into an interchange weapon, but the 24-year-old is one of the best hookers in the sport and deserves a chance in a permanent dummy half role in 2021.

The case for Melbourne

On many levels, Melbourne Storm look unbackable favourites. While Penrith haven't experienced a grand final since 2003, the Victorian team will feature in their fourth decider in the last five years on Sunday.

Their squad has a combined 34 games of grand final experience, compared to just three for the Panthers.

There's also the Cameron Smith factor. The 37-year-old, whose ninth grand final is likely to be his swansong, will provide extra motivation for his squad and is the greatest big match player of his generation. 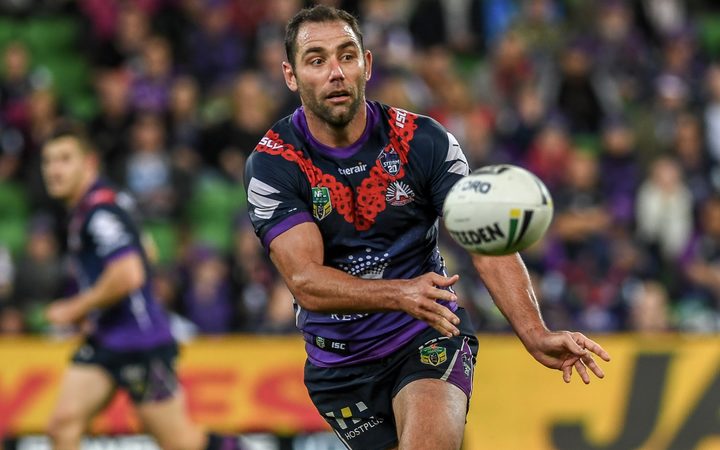 Cameron Smith is set to pull the plug on a huge career. Photo: Photosport

Aside from their discipline and defensive nous, the Storm have morphed into a brilliant best attacking unit. They have tons of pace and have made more breaks and scored more long range tries than any other team in 2020, thanks to their devastating backline.

Melbourne also enjoy a historical hoodoo over their west Sydney opponents, with only three defeats to the Panthers since 2006.

The case for Penrith

Underdogs, yes. Impossible, no. They have been superb all season, with only one defeat. Ivan Cleary's men have kept finding a way, even when not playing well. 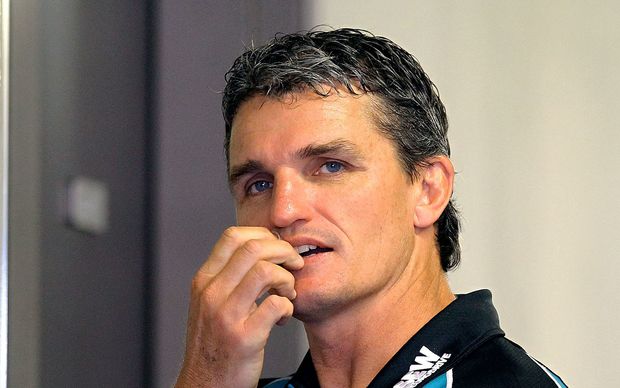 That was evident again in last week's preliminary final against the Rabbitohs.

They were off their game, with a lot of mistakes, but ground out the victory in an intense battle. Two weeks earlier they overcame the Roosters, in a 29-28 humdinger.

Those tough experiences will serve them well for Sunday, and they have more room to improve than the Storm, who haven't been properly tested in this finals series.

And the old adage about having to lose a grand final before you can win one has been dented over the last decade, with the Rabbitohs (2014), Cowboys (2015) and Sharks (2016) all one-off winners.

The Panthers have the best playmaker in Nathan Cleary, who is also the most capable goal kicker if it becomes a tight contest.

The verdict: If Penrith start well a boilover is on the cards. Panthers by four.

*Michael Burgess has reported on rugby league in New Zealand since 2006.