Comment: Every day many of us go through a mental checklist of questions to protect ourselves from judgement, harassment, assault, rape, or worse, writes Saunoamaali'i Karanina Sumeo*. "Is my skirt too short? "Should I get my male friend to drop me home?", "Should I even work the late shift?", or "Who can I stand beside so X won't try anything?", and the list goes on. 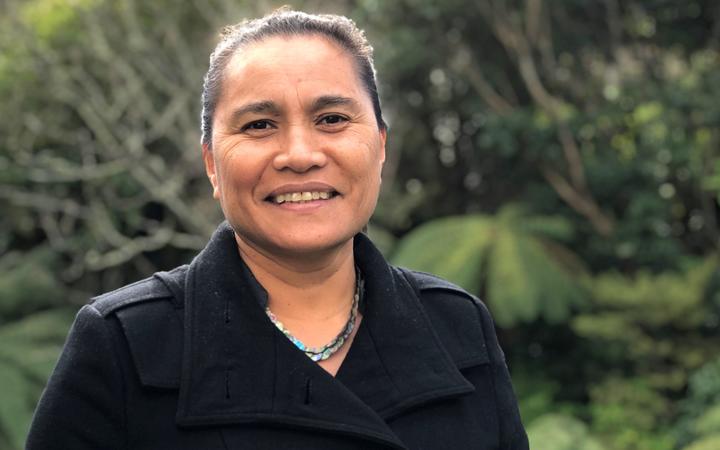 It can be exhausting as a woman in Aotearoa having to ensure one's dignity and sanity daily. Like how journalist Veronica Schmidt became overwhelmingly paranoid in her life, through no fault of her own, after a stranger filmed her in a Kmart changing room. Or like former firefighter Jaymie who still struggles and admits the "nightmares won't stop", 16 years after the sexual abuse at the hands of her colleagues.

Sexual violence exists because abusers, mainly men, believe they can get away with it. Many victims suffer in silence because they fear their chances of being believed, supported, and protected would probably be low. When victims call for help some people look the other way or 'follow policy' that better serves anyone bar the victim.

Engrained sexism, gender inequality, silence, and lack of leadership trivialise sexual violence and give licence to perpetrators to continue to destroy lives. They are barriers that need to be removed if we are to create a society with equal opportunities.

Sexual violence can occur on a spectrum from harassment to rape. These acts must be treated and investigated differently from health and safety matters like accidents, equipment safety, and exposure to chemicals.

Rape in the workplace is not a hazard or an employment matter, it's rape. Abuse of any kind is not accidental or unplanned, it is a targeted attack on another person's body, dignity, trust, safety, sense of place, and wellbeing. It causes immense harm.

Young workers and women who often have lower social and economic power are most vulnerable. Sexual assaults happen everywhere, including in our favourite restaurants, in sport, universities, parliament, law firms, within civil aviation, the fire service, and the defence force. It's an enduring sickness yet absolutely preventable.

A quarter of women in New Zealand have experienced sexual assault in their lifetime, but only 6 percent have reported it to police, according to the Crime and Victims Survey released this year. The Chief Victims Advisor's report to the government last year shows 83 percent of Kiwis in the survey felt that the criminal justice system was unsafe for victims. Around 77 percent disagreed that victims' views, concerns, and needs were listened to throughout the justice process.

We must act urgently to heal people, rebuild trust in the system, and stop the abuse.

Business leaders who care, must ensure their organisations are safe for their staff, customers, and others. It is a human right to be safe in workplaces - immediately and not in the future. Courageous leaders create a culture of zero-tolerance for sexual violence.

Workplace policies to deal with it are ineffective if they are not victim-centred, lack avenues for healing and instead provide further opportunities for re-offending to occur. No one should be hiding behind non-disclosure agreements and quietly letting an abuser go when there are strong indicators repeat offending put the wider public at risk. We need to do much better if suffering is to stop and abusers are to be held accountable.

Workplace training and education, developing fair and reasonable ways to report harassment, along with holding perpetrators responsible are the best first steps employers must take to create safe workplaces. Empowering employees to speak up by providing intervention training will help increase a sense of personal responsibility and give permission to take action.

Beyond the workplace, we need our homes, public spaces, and our justice system to be supportive and safe for victims. Respected victim advocate Louise Nicholas said half of those she supported were children and many cases stopped before reaching court. Clearly, we are not yet the safe, respectful, equal, fair society our children deserve. We need more investment in victim support for before, during, and after investigations and court.

As advocated for by numerous women's groups, non-government organisations, and the Ministry for Women, the transformation of processes and laws to eliminate gender-based violence and sexual violence requires an all-of-us approach: families, schools, faith-based organisations, NGOs, government, employers, professional bodies, unions and communities in all their diversity.

The day for dignity, respect, and gender equality is today. I call on our brothers to act to eliminate the dangerous attitudes and expectations about sex, masculinity, entitlement, and power held by other men that cause this preventable suffering. Don't be the bystander that leaves it to someone else.