Opinion - Smaller media businesses such as mine see and do things a little differently, and often more successfully than the big ones. 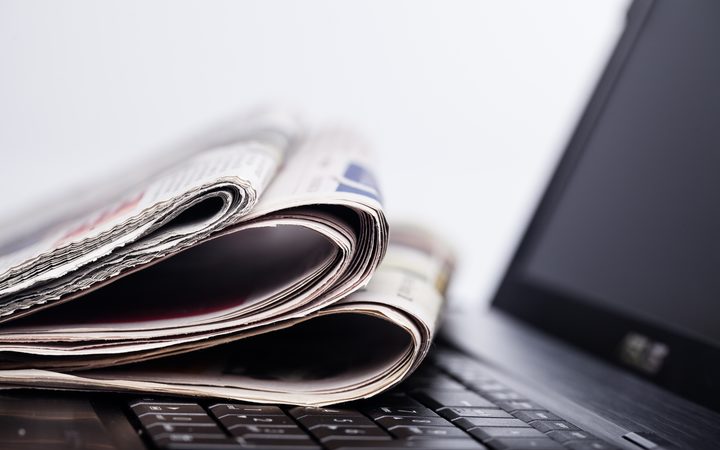 Unlike the Murdochs and Thompsons of this world, I'm personally involved in all parts of the newspaper publishing game - from doing the accounts to reporting, selling and designing advertising, through to sub-editing and to sticking the stamps on subscriber's copies.

I am quite frequently present at the printers, once or twice a year do the courier's job, and on occasion have done a letterbox delivery round.

That is rather different from the ways in which New Zealand's 'major' media companies have been working.

The funny thing is that the big companies, doing things their way, have been notably unsuccessful financially.

They like to look back at the old 'rivers of gold' from their display advertising and classifieds, which took little work and supported great inefficiencies, and then complain that 'advertising has dropped off'.

Those big companies seemed to think that their 'business' was journalism and paid subscriptions, and that work was 'supported' by those rivers of gold from advertising.

Then someone who'd been to business school, and was themselves captured by the IT industry, told them 'advertising is going to be all online', so they thought that they would reap some of that revenue stream and divert their energies into 'digital first' policies.

Digital advertising was not their area of expertise, but they hoped to get a market share of what would be spent. After all, they thought, if advertising money isn't being spent on newspapers it must be being spent on the internet.

They forgot that their business' prime function was to help people buy and sell products and services, and not actually supply the news itself.

TradeMe and eBay, both with no editorial material at all, flourished. Facebook and Google surged forward, relying almost entirely on publicly submitted material, and with almost no curatorial or editorial functions being applied.

The larger media companies were so distracted by the new internet possibilities and did not put the 'think' into their printed newspapers in the changing environment.

They continued using traditional techniques for the papers. They kept on printing a sports section, a business section, a page of puzzles... and backed those up by abbreviated versions of news stories, with fewer illustrations, that people would have read on the newspapers' websites nearly 24 hours earlier.

They saved money by reducing editorial costs, by reducing page size, and by cutting pagination.

But they never thought whether the content they were including, or the format they were using, was really going to help their clients sell sausages or new cars.

Was it really going to be more attractive to have an advertisement in the newspaper than pay a premium for a main street location and lots of signwriting? Is the newspaper going to help sell more electric heaters than a thin-paper letterbox flyer or an ad on Facebook?

At the same time, they never asked themselves whether an advertiser had ever requested that their advertisement be placed in the sports section.

And why are the puzzles all on one page rather than distributed through the paper to drive readership or page dwell time through the 'book'?

Meanwhile many of the smaller media businesses, doing things in different ways, haven't done too badly.

That's not to say that they are raking it in financially. They have never done that anyway - but they are still there, publishing away merrily, and not appealing for government hand-outs (although of course they'd like their share if any are going, and they don't want their bigger 'competition' to get unfair advantage).

The smaller media businesses have always realised that to survive their 'core business' had to be advertising, and if they managed to deliver that properly, then revenue from that advertising would support the journalism and other things that they want to do.

Smaller publications, whether in newspaper or magazine or even website form, are designed to suit particular markets, so that they will appeal to and be effective for advertisers who might want to reach those markets.

For most community newspapers that has meant delivering suburban and rural customers to town shops, and providing a way to disseminate through public notices material that supports the social intercourse of raffle results and club annual meetings.

They've put the advertising into a package which will get and retain readers, and develop trust and authority. They do that by writing stories and doing photographs of local events and happenings, local council and school activities and other material.

The local butcher can advertise his sausages, the local council can warn of road works or ask for comments on a sports ground plan.

An architect can say that she has expertise in alterations, and the wedding venue can suggest that people should book early.

The publication is laid out and designed to catch and retain readers, and to get dwell time and attention on each page on which advertising appears, and if possible on each advertisement on those pages. The newspaper is often delivered free to make it as available as possible to people who might respond to the advertising.

Yes, many smaller media businesses also have an internet presence - but those come as the result of asking 'what else can I do to benefit my clients?' rather than seeing it as the way of the future.

In many ways, the managers of Stuff and NZME have forgotten about Marshall McLuhan and his reasoning that the medium is the message - effectively that the purpose of the editorial content of a newspaper is to deliver readers to the advertising which the newspaper carries, and to make sure that the advertising delivers the desired results to the advertisers.

From a small newspaper's point of view (and mine is one of the smallest), having the big companies spread doom and gloom about the future of newspaper advertising does not make things easier.

I am rather sick of my advertisers telling me that they've seen on television or heard on the radio that the age of newspaper advertising is over and that newspapers won't be around in the future.

Little newspapers like mine can and do deliver results from their advertising, and will continue to do so. We also can and do cover local issues, local community boards, local events and happenings.

We cannot usually afford the time it takes for major journalistic investigations, but we can and do keep the politicians on their toes, the lawyers honest and the schools good. And the advertisers happy.

* Michael de Hamel is the owner and publisher of Akaroa Mail (which was established in 1876) for 35 years, and of its little sister The Kaiapoi Advocate since its inception. Both are published fortnightly, with print runs in the 10,000 range.

This is the fourth in a series of articles from media chief executives about the future of the industry.