By Sue Bradford for Pundit.

Opinion - In the age of Covid-19 we are Jacinda's team of five million, except for some. 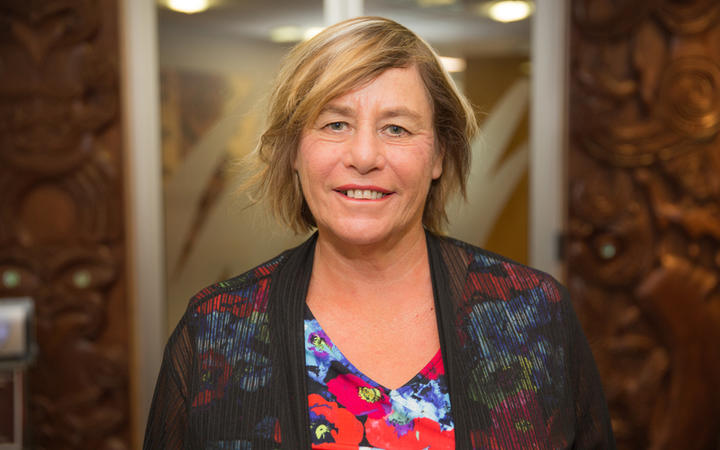 There has rarely been a more blatant case of discrimination against beneficiaries than Grant Robertson's announcement yesterday that people who have lost their jobs because of the coronavirus will receive weekly payments of $490 per week for 12 weeks and $250 per week for part time workers.

This is great news for those who qualify. Fabulous. That $490 per week is almost double the $250 per week you get on the standard 25+ Jobseeker Allowance and much closer to anything approaching a liveable minimal income.

On top of that, the new benefit also allows people in relationships to access support if they meet the criteria and their partner earns less than $2000 per week before tax.

And unlike the usual system, the new payments do not appear to be age dependent. So the historically ridiculous assumption that the younger you are, the less money you need to live on does not apply to this new category of claimants.

In extending this support to one group of unemployed people - those losing their jobs because of Covid-19 between 1 March and 30 October 2020 - the Labour-led government has, inadvertently or otherwise, made even more apparent the urgency of the recommendations made in 2018 by its very own Welfare Expert Advisory Group (WEAG).

If some people deserve higher benefits, to be treated as individuals when they lose their jobs, and to not have lower benefits because they are under 25, why not all?

Labour has revealed once again its decades-long predilection for categorising people into the "deserving" and "undeserving" poor, an ideology straight out of the 19th century England from which many Pākehā settler forebears came.

It is also impossible not to speculate that this is a rather unsubtle way of shoring up support for the government in the months leading up to the election. For the newly unemployed, a higher benefit for the period ending 30 October fits nicely with the 19 September election date.

Many of us who have been spent decades fighting out here in the community for the rights of unemployed workers and beneficiaries were hoping that the Covid-19 crisis would mean a transformational shift in how political parties viewed the welfare system.

With so many people likely to become newly jobless, surely the pressure on Labour and its partners would be enough to jolt this government into, for example, implementing the WEAG recommendations, and/or establishing an equitable and sufficient basic income.

Instead, Labour seems to believe that the rightful admiration they've earned with their effective action on the health aspects of the virus allows them to carry on as usual when it comes to the fate of the most vulnerable people in the country, including a disproportionate number of Māori, Pasifika and stranded migrant workers.

With the September election in sight, Labour is declaring that people who are on benefits not related to Covid-19-related unemployment or are stranded migrants simply don't matter; that their votes - if they do vote - don't count.

For over three decades, we've had governments who politically and through the administration of a flawed, punitive welfare system have blamed unemployed people and beneficiaries for their situation, rather than treating "them" as "us".

Yesterday, Labour brought this two-class system into stark focus once again, as it did when it introduced the discriminatory "In Work" payment as part of Working for Families back in the mid-2000s.

During his Budget speech on 14 May, Grant Robertson evoked the "great traditions of the First Labour Government who rebuilt New Zealand after the Great Depression".

I reckon the employed and unemployed workers and their families who brought the first Labour government to power in 1935 would be scandalised by Robertson's evocation of that era at a time when his government is entrenching a brutal divide between the worthy and unworthy poor.

With a hefty lead in the polls, a support party in the Greens who back welfare reform and a population which faces the gravity of high and rising unemployment daily, now is the time for the transformation of our welfare system.

Labour - you could do it, if you only listened to the calls of your true political ancestors and to the voices of all those who most need help now - not just some of them.

* Sue Bradford was a Green MP for ten years 1999 - 2009, with a focus on employment, social services, economic development and childrens' issues. Prior to that she worked for 16 years in the unemployed workers' movement. She continues to be active on community & political issues.