Opinion - It's a politically-astute Budget, but anyone looking for big transformative change will be underwhelmed by Grant Robertson's Budget 2020, according to Bryce Edwards of Victoria University of Wellington. 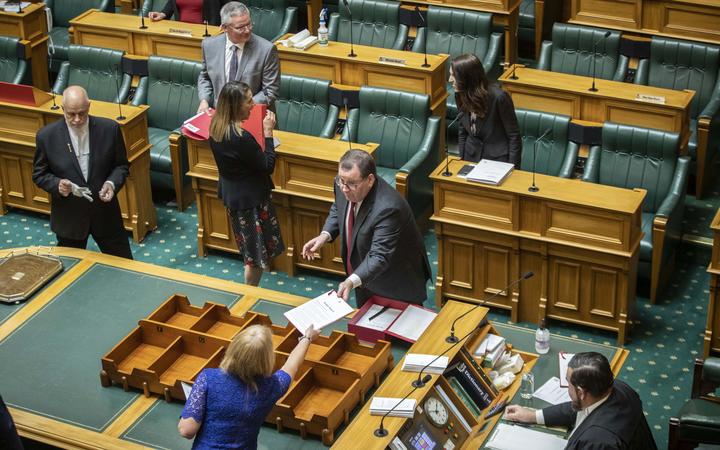 Progressive voters will generally be impressed with Finance Minister Grant Robertson's 2020 Budget, and conservatives won't find much to hate. This is a political win for the government, which has produced a middling plan for the economy during a crisis.

Elements of the Budget that will be praised include the free trades training scheme, expansions to welfare programmes such as Food in Schools, and the significant increase in social housing.

The house building package is most closely connected with the official title of the Budget ("Rebuilding Together"), with connotations of visionary thinking that might combat the accommodation crisis. Of course, this government had already been increasing the number of state houses, and today's announcement of even more is a no-brainer. It will be particularly appreciated as a boost for the construction sector, which will have a fiscal stimulus effect, helping retain jobs.

The $5b state housing increase will be seen by some as proof of a generous and radical Budget. And yet, that money isn't actually part of this Budget - the state agency Kāinga Ora is expected to raise the money on the private market to fund the expansion. And will an extra 8000 new homes over 4-5 years even be enough, given the crisis we are in, and the need for state-driven employment creation?

For comparison, government spending on Defence has skyrocketed in this Budget, with a boost of $1.77bn - much of it going to purchase Hercules military airplanes. This spend even overshadows the new trades and apprentice spending of $1.6bn.

Expectations of welfare and tax reforms were not met. The Wage Subsidy Scheme is rolled over, albeit with much more targeting. This continues the trickle-down approach of hoping that the provision of money to the private sector will flow through to workers who will keep their jobs. Noticeably, there has been no increase in income support.

Generally, even though the government is now spending much more money, the size of the state isn't actually getting much bigger. For example, there's a big focus on job creation, but not through a heavy state role.

Perhaps the most interesting element of the Budget is the $20bn of unallocated spending as part of the Response and Recovery Fund, which the government is keeping aside to make spending decisions on in the weeks and months to follow. Some will call this a slush fund, which is probably unfair in a crisis with no end in sight, where not all spending can yet be determined.

It's certainly not ideal for annual government budgets to be so loose as to have a contingency fund of this size. But it does open up the possibilities of some more radical and interesting new initiatives in the future, and maybe even a mini-Budget that will give the government a chance to plot a bigger reset than this exercise in urgency has allowed Robertson.

The problem for the government is that it has already been struggling to keep to its promise of being transformative. Previous budgets have shown Robertson and his colleagues have been unable to break free from their cautious instincts.

With the Coronavirus crisis, the opportunity was handed to the government to reset the economy and society, and deal with some long-term problems. Robertson even spoke about this during the leadup to the Budget, saying that now was the time to address intractable problems of economic dysfunction, inequality, and environmental decline. He talked of not wanting to "squander the opportunity". And yet, many will look at today's big-spending Budget and ask: "Is that it?"

*Bryce Edwards is a lecturer in Politics at Victoria University.