Analysis - Unless there's an unexpected spike in Covid-19 cases, level 4 will most likely end on 22 April. Prime Minister Jacinda Ardern is preparing the country for a marathon recovery and life under "the new normal" is starting to take shape. 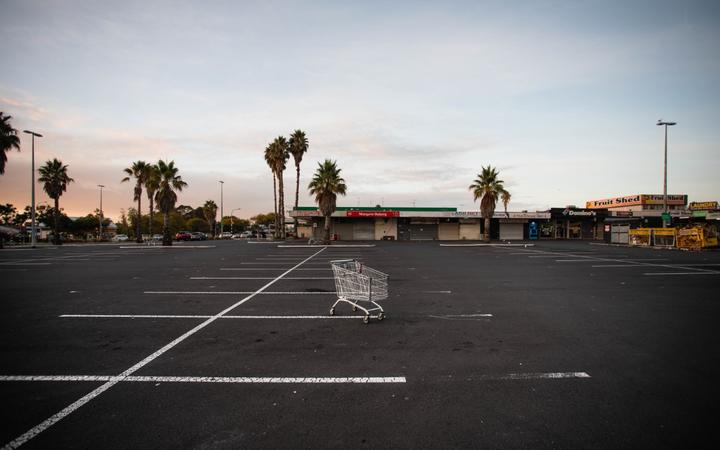 An empty carpark during the lockdown. Photo: RNZ / Claire Eastham-Farrelly

The number of new Covid-19 cases reported over the last five days were 89, 67, 54, 50 and 29. The last figure was lower than the number of people who had recovered from the virus during the previous 24 hours.

Unless the trajectory reverses or there's a serious spike, level 4 will most likely end on 22 April.

Prime Minister Jacinda Ardern says we've turned the corner, we've dodged the catastrophic exponential spread experienced by Italy, Spain, France, the United States, the UK and others, and so far there has been only one death.

But she has a warning, If level 4 was a sprint to get ahead of the virus, staying in front of it is going to be a marathon.

Ardern used that word several times during her speech on Thursday when she announced mandatory quarantining of returning residents and gave a glimpse of what life was going to look like after level 4.

It won't be a neat step down to level 3. The alert levels were designed to deal with an escalating crisis, not a de-escalating one. The basic level 3 restrictions will be tweaked to meet the circumstances existing on 22 April, using the experience gained from level 4.

Under level 3, as it is set out on the Ministry of Health website, travel in areas with clusters or community transmission will be limited, affected schools will be closed, mass gatherings will be banned, public venues will be closed, alternative ways of working will be required, some non-essential business will be closed, elective surgery will be deferred.

Those restrictions were very broad. They had to be, because when they were drafted the government didn't really know what it was facing or how bad it was going to get.

By the time level 4 ends they will be clearly defined, there will be a new set of rules, and they could be in place for many months. Level 3, if that is what it will still be called, might not have an exit date.

The border will stay closed for a long time. Asked at her press conference how long the mandatory quarantine would be in place, she replied: "There is no end point."

An outline of life after level 4 will be released in a few days. The Cabinet won't make a final decision on leaving it until two days before 22 April, because it has to base that decision on the latest data.

That gives businesses two days to get ready. It's not much, and they're already saying that. Ardern wants them to start now. "Treat Covid-19 like a health and safety issue," she said. "Ask whether it's possible for your business to have good social distancing, Can you build in contact tracing tools or mechanisms to keep track of your supply train and customers? Help us to get ready as a nation for the marathon we must all run together."

Compulsory quarantine has been announced, testing is being ramped up and an app that can help with contact tracing is being developed. Government agencies are learning all the time.

While Ardern has ruled out leaving level 4 early, the government is anxious to relieve the restrictions. They're having a huge impact, economically and socially. 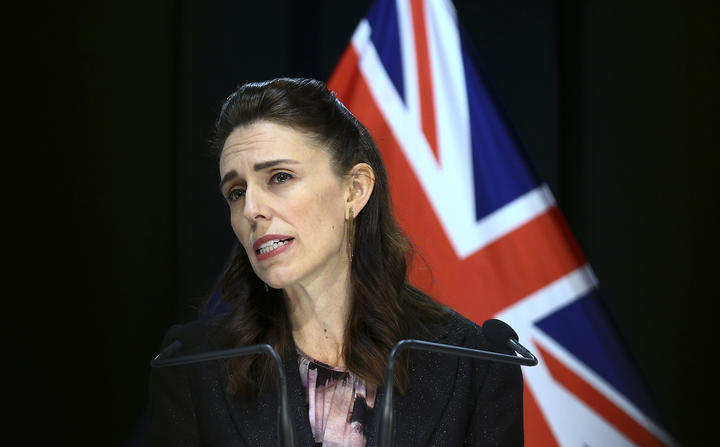 Figures she released on Thursday showed the severity. At the end of March there was already an extra 4866 people on a benefit, and last week that increased by another 10,000. More than a million workers are on a wage subsidy, many with reduced incomes. Numerous businesses have said they might not be able to re-open when the lockdown ends.

The plans that have been made for distance learning, released on Wednesday by Education Minister Chris Hipkins, show the government is in for a long haul. No one should assume, he said, that every school and early childhood centre would automatically open on day one when level 4 ends.

His ministry has done a remarkable job organising online learning. It has scraped up enough laptops for children who don't have them, internet service providers will be connecting homes that don't have access and two television channels, TVNZ and Māori TV, will be broadcasting lessons for about six hours a day .

It hasn't done all that just for the next two weeks.

So far through level 4 public opinion appears to be firmly behind Ardern and her government. For example a Newshub poll, not a scientific one, showed 98 per cent of respondents backed mandatory quarantining.

The National Party, while worrying furiously about the economic impact of level 4, hasn't once said we don't need it.

Opposition MPs on the Epidemic Response Committee which meets three times a week to question ministers, department heads and business sector leaders, have teased out problems and closely questioned the detail of response plans. They have done it with a surprising degree of civility and understanding of the situation.

Over the next two weeks a clear picture will emerge of life after level 4. We are going to have to get used to it. Ardern calls it "the new normal".