Comment - The Infrastructure Commission's updated pipeline of works is now $21.1 billion over the next decade. Encouragingly, more projects are nearing the 'shovel-ready' phase. The timing is good, with a moderating local economy and an uncertain global economy. 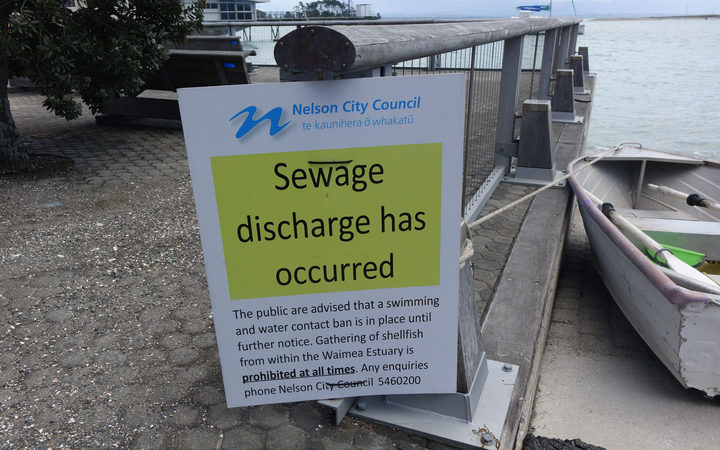 Previous governments have under-invested in infrastructure since the 1980s, so that critical infrastructure like sewerage systems cannot adequately service growing populations in towns and cities. Photo: RNZ/ Tracy Neal

While a $21.1 billion investment pipeline over 10 years is big, it is only a fraction of what the public sector is likely to invest.

For context, public sector investment in the year to March 2019 was $17 billion, about $140 billion in the last decade. At current trends, the next decade could be more like $220 billion.

The current pipeline may present a mere 10 per cent of the likely investment in the next decade, but it provides is greater information and clarity of the specific projects, their likely timelines and accountability.

We underinvested in public infrastructure since the mid-1980s. They picked up in a small way since the early 2000s, but we are desperately short of the necessary infrastructure for the size of our population and economy.

Transport is the big area of shortage, but it is also widespread through buildings like hospitals and schools, and the less visible but critical infrastructure like sewerage, storm and drinking water.

Even though public sector investment in the last decade has increased by 50 per cent from the decade before, they will need to pick up the pace significantly, if we are to have world-class infrastructure and the social license to use immigration as a counter to our rapidly ageing population (to fill growing and intensifying labour shortages and tax payers).

The capacity to build at scale across many complex projects does not currently exist. The process is uncertain, timings can vary, funding is often politicised, and government procurement has tried to force too much risk on contractors.

At central government we have seen the changing of goal posts for transport for example. One government may want more roads, while the next a more alternative mode. This all creates uncertainty and volatility.

In local government too we see similar changes. Even though councils draw up pretty good 10 year long-term plans, the funding is not secure. Often, projects can only proceed with rates increases, which councillors refuse to do in the lead-up to elections. This makes it uncertain.

Procurement policy has also tended towards lowest cost. While we want to make sure good value for money, sometimes firms underbid to win jobs, hoping to recoup on future more profitable one. It was a race to the bottom.

Even though the current pipeline is small, the known projects look to be accelerating in the next couple of years. It will arrive at a time of increased economic uncertainty. The local economy has been gradually losing momentum in the last couple of years.

The RBNZ and others have been urging the government to provide stimulus - infrastructure and tax cuts tend to be the go-tos. Known, ready-to-go projects can be fasttracked during a downturn, providing an efficient counter-cyclical boost to the economy.

The Infrastructure Commission is a useful co-ordinator, but it will need time to increase its coverage to ensure most large projects are included. More importantly it will be necessary to hold to account each organisation's plans. The commission will be a success if it can increase certainty and transparency in public sector investment, and build the capacity to deliver it.

- Shamubeel is an economist and regular contributor to media, government and business sector discussions on economic and strategic matters. He is the author of Growing Apart: Regional Prosperity in New Zealand and co-authored Generation Rent and The New Zealand Economy: An Introduction.