Analysis: Two polls show support for Labour sliding, the government is accused of breaking another promise and the Greens's refusal to back a bill forces Labour to rely on National to get it through. 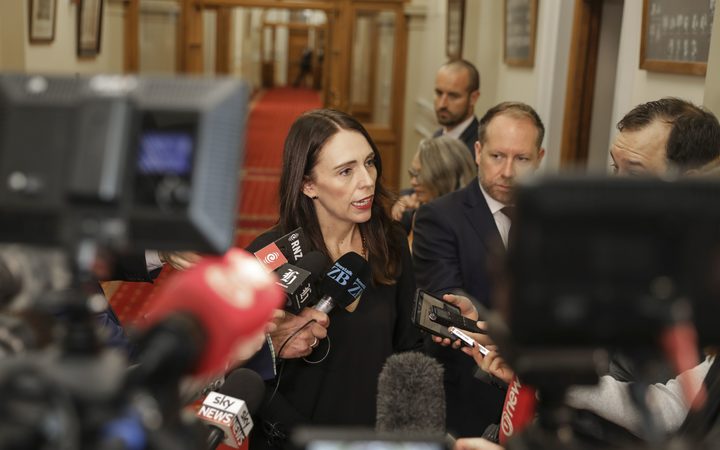 The week began with two polls, and both were bad news for Labour. The Newshub Reid Research poll showed Labour falling 9.3 points to 41.6 percent, while National gained 6.5 points to reach 43.9 percent.

Newshub described it as a seismic shift in the political landscape, but it was being judged against the previous Reid Research poll which had Labour soaring to an unlikely 50.8 percent, enough to govern alone. That poll looked like a rogue at the time, and the latest one appears to be more in line with reality.

The 1News Colmar Brunton poll published the following day also showed a significant shift. National had gained two points to 47 percent and Labour had fallen three points to 40 percent. On those ratings, National would be able to form a government with ACT, holding a majority of just one seat.

However, while these polls lend themselves to dramatic headlines there is a vital factor missing. In both of them, NZ First was just below the 5 percent threshold, and because it doesn't hold an electorate seat it would be out of Parliament. It therefore doesn't appear in the scenarios of government formation.

Winston Peters and his party are very unlikely to disappear at the next election. NZ First has historically polled poorly between elections and with one exception has clawed itself back. Mr Peters will almost certainly do it again and stay with Labour.

Prime Minister Jacinda Ardern has shrugged off the poll results, pointing out that Labour's percentages are still higher than election night. That's correct, but it should be worried and almost certainly is. National is gaining traction with its attacks against a government it says is failing to deliver while the prime minister spends her time spreading peace and tranquillity on the international stage.

National's Judith Collins points to another reason. She told Magic Radio the fall in Labour's support was being driven by the provinces, where rural folk are fed up with hearing about what must be done to counter climate change - and most of it has to be done at their expense. That has a ring of truth about it, and Labour will have to be careful in the way it delivers emission reduction policies. On one side it has Mr Peters, presenting his party as the champion of the farmers, and on the other it has the Greens who are tightly focused on cleaning up greenhouse gases.

There is likely to be trouble on those fronts between now and the election, and Mr Peters won't be shy about doing what is best for his party.

The broken promise claim that emerged this week involved police numbers and the pledge to deliver 1800 more frontline officers during this term of Parliament. It isn't going to achieve that. A series of confusing and contradictory statements gave the impression of disarray. Police Minister Stuart Nash told the Police Annual Conference it was an aspirational goal.

"If we don't make it, my promise to you is that we will still deliver 1800, it may take a little longer than three years," he said.

But Ms Ardern then told National leader Simon Bridges in Parliament that the government would achieve the 1800 target this term.

Mr Peters entered the scene, saying his party had put the goal in the coalition agreement and it meant recruiting 1800 more police, not achieving a net gain of 1800. That was because the government couldn't do anything about the attrition rate in the force.

Mr Nash then decided there were actually two goals - the one in the coalition agreement to recruit 1800 more police, and the goal of a net gain of 1800 officers.

The promise before the election had been 1800 more police. Voters aren't likely to have wondered what that meant because it seemed clear. Now it's not so clear, and they will work out for themselves what is going on.

National's police spokesman Brett Hudson put it this way: "There's no way the government was going to reach the target so it has changed the rules."

On Wednesday the government ran into another problem. Justice Minister Andrew Little introduced a bill to strengthen anti-terrorist laws and give the police new powers to deal with returning foreign fighters such as the infamous "Kiwi Jihadi" Mark Taylor - who may or may not come back as a result of the chaos in Northern Syria.

The bill is due for its first reading next week and the Greens won't vote for it. They consider some of the proposed measures go beyond what is needed and say the police already have all the powers they need.

Because of that, Mr Little can't get his bill through without National's support. He initially said he wasn't into bargaining over this sort of legislation "just because National want to appear more hairy-chested than us" but he doesn't have a choice.

National won't give its votes easily. It wants changes to strengthen the bill and increase the powers the Greens are also worried about. Mr Little and Mr Bridges are due to meet on Monday to discuss the opposition's demands.

National wants to appear to be responsible when dealing with legislation of this nature, and an accommodation will probably be reached. And Mr Little probably knows that the next thing he will hear will be National boasting about how it forced the government to get tough with terrorists.