Opinion - Good news for anyone who has worried about the globally imported ghost of religious intolerance hanging above the local culture. A new survey suggests such worries may yet be more anticipated than actual. 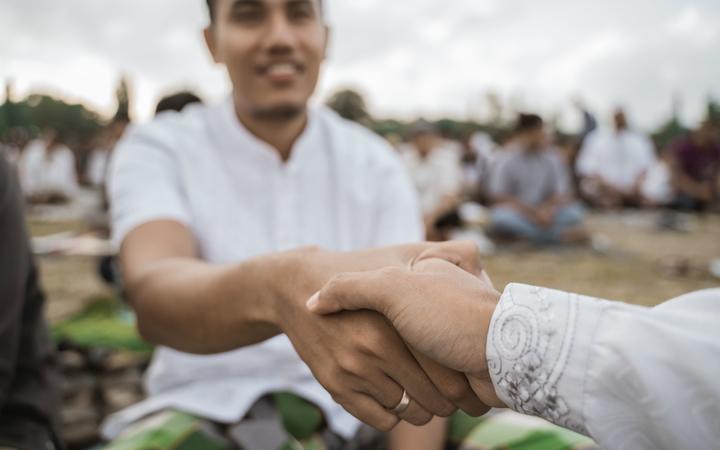 The general responses from the survey suggested that most New Zealanders are comfortable enough people from various religions. Photo: 123rf.com

The Victoria University of Wellington-led research asked 1000 New Zealanders aged over 18 how much they trusted people from different religious groups living in the country.

The generally upbeat responses reflected the conventional wisdom that most New Zealanders are comfortable enough with others, whether they happen to be believers in God, G-d, gods or none of the above.

The question was specifically put about Catholics, Protestants, evangelicals, Muslims, Hindus, Buddhists, atheists or agnostics, and Jews. Respondents had five options running from complete trust to no trust at all.

In terms of overall mean score, Buddhists led the way, with Jews, Hindus and atheists/agnostics closely behind. Protestants, Muslims and Catholics followed.

Evangelical Christians fared the worst, according to the compilers, with one in nine respondents declaring they had "no trust at all" in them.

The findings were measured in the weeks immediately following the 15 March mosque killings in Christchurch.

There was no "trust deficit displayed towards Muslims compared to mainstream Christian denominations," said Simon Chapple, director of the Institute for Governance and Policy Studies at Victoria's business school.

Good news indeed. Interesting news, too, in a domestic media market that often appears to have difficulty getting to grips with anything more seriously religious than the occasional antics of local revivalist preachers or tub-thumping rugby league player.

But how much should the trust survey be trusted? And what did "trust" mean in the context of this exercise anyway?

The survey also had a self-imposed limitation of only asking about the respondent's trust in respect of people living in New Zealand, as opposed to what they may or may not think about the Vatican or Hinduism in India.

Nor did it seek to measure attitudes towards branches within at least two of the religions: in the case of Reform Judaism and Orthodox Judaism, for instance, or the Sunni, Shi'a, Ibadi, Ahmadiyya, and Sufism schools that constitute contemporary Islam.

That would have probably yielded different results, as indeed it did among the three Christian categories, at least one of which seemed somewhat fuzzy.

Evangelicals, those for whom the promulgation of the New Testament message is the ultimate theological imperative, tend to be firmly part of the Protestant tradition, after all, whether they happen to be Pentecostals, Baptists, Salvation Army members or something else.

Evangelicals tend not to describe themselves first and foremost as evangelical - a point that the survey misses in describing the group as having perhaps 15,000 members. While that may be a census figure, the number of New Zealanders who fit the description would certainly be far higher.

The survey could also be faulted for the awkward inclusion of atheists and agnostics as a distinct group.

It's perfectly possible to be ethnically and culturally Jewish, for example, and still be an atheist, and some Christians may hold entirely agnostic views on matters such as the question of an afterlife.

Elsewhere, it a matter of debate whether strictly non-theistic Buddhism can or should even be described as a religion with philosophical aspects - or a philosophy with religious aspects.

The late Leonard Cohen, for example, lived and served for many years as a Zen Buddhist monk in California while all the time cheerfully insisting he was perfectly Jewish. Cohen rather liked aspects of Catholicism, too, and no small number of Protestants claimed him as (almost) one of their own, too. Not forgetting his burst of interest in Islamic mysticism.

New Zealand was also the place where the late singer finished his touring career, too, and the wider point of the new survey is that he would have felt trusted regardless. We are generally a religiously easygoing people, and in the world today that's no bad thing. No bad thing at all.

*David Cohen is a Wellington journalist who writes frequently about religious issues.