As the beleaguered ticket agency Viagogo is pursued by various consumer groups around the world accusing it of misleading or deceptive practices, one thing has become clear: national jurisdictions are unable to cope well with an international marketplace. 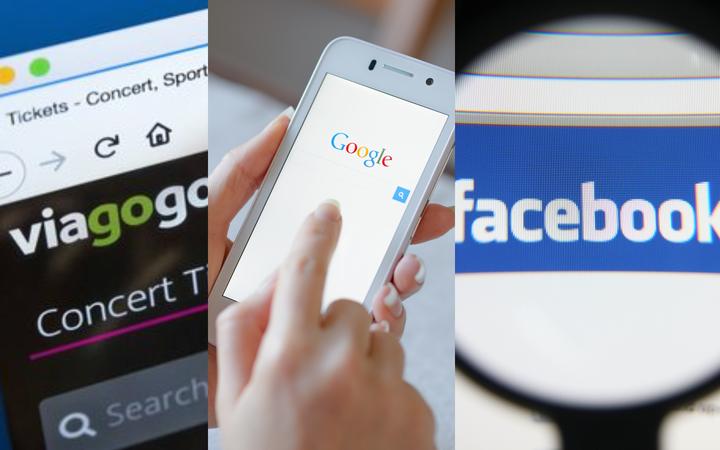 I'm typing this on a laptop in Auckland but it's being automatically saved to a server in the US (or possibly Australia, it's hard to tell from here). I'm wearing a t-shirt I bought online from a UK website but which is actually based in the US although the t-shirt itself was made in China and ended up arriving too late for Christmas because the courier pack it was in was sent to New Zealand via Poland.

Our lives have become international and multinational whether we like it or not, but our attempts to ring fence New Zealand and to protect "our patch" really don't cope well with such an environment. The Commerce Commission would very much like to talk to Viagogo about its business practices, potential breaches of New Zealand law and problems New Zealand consumers have with the company selling tickets to events held in New Zealand.

But the company is based in Switzerland and so is beyond the reach of our process. It can continue trading "in New Zealand" and do business "in New Zealand" without actually setting foot here.

Watch: Technology commentator Paul Brislen - 'It's a blow, but not a knockout blow'

It's a similar problem to the one that emerged with the Christchurch terror attacks. Facebook allowed a livestream of the appalling actions to the world and while it says it is contrite, it hasn't changed any of its processes or policies as a result.

See also Google, which sent out an email (a digest of search terms) to a New Zealand audience with information that was suppressed by the New Zealand courts but which it says it wasn't responsible for.

Harsh words from the Minister of Justice and a plan to take action, including legal action, caused the search engine giant to backtrack, but its only action is to stop sending that particular automatically generated email to a New Zealand audience.

Hardly a profound change - presumably similar issues will be allowed to continue in Australia, India, the US and UK until similar court orders are breached.

Ironically, Google has come to the party with the Viagogo problem and has removed the company's coveted top placement in search results, bumping it down the front page to a lowly fourth or fifth place (depending of course what you're searching for). This action, small as it is, will have more impact on Viagogo's business model than any single court action or judgement in places like New Zealand.

So what can we do to protect our consumer laws, or our laws about obscene materials, or our judicial system, or even our tax system, if multinational companies can operate in a New Zealand market, offer products and services to a New Zealand consumer, and then stand back and claim they legitimately aren't based here?

The government has suggested that on the tax front at least it is prepared to go it alone and impose a tax on multinationals who seem content to pay as little as possible, but its preferred model is a multilateral approach that brings all the OECD countries along for the ride.

That makes sense, but will of course take a very long time - something I am sure the social media giants are counting on. Much like the tobacco companies of old, they'll rely on years if not decades of political discussion before any new laws are created and potentially force them to change their business models.

And of course there's the problem of how to cope with countries that have wildly diverging views on what is and isn't acceptable. Do we adopt Saudia Arabia's views on punishment, or Russia's views on gay and lesbian activity?

I'm not sure either would be welcome in a New Zealand setting, but somehow we have to get all the countries on the same page if this is to work. Otherwise we'll quickly find the Googles and Viagogos of the world moving their head quarters to countries with no interest in holding them to account.

This then is the biggest issue of them all - are we in fact moving to a post-national world, one where countries and our quaint system of geographically-based laws and taxes and ways of life are simply swept aside by fast-moving trans-national corporations that use our plodding political systems to their advantage? Are we seeing the end to nationalism even as it rears its ugliest of heads in democracies around the world?

And will we be able to buy tickets to the Rick Astley concert without having to pay extortionate fees in the process?