By Michelle Langstone* for The Spinoff. 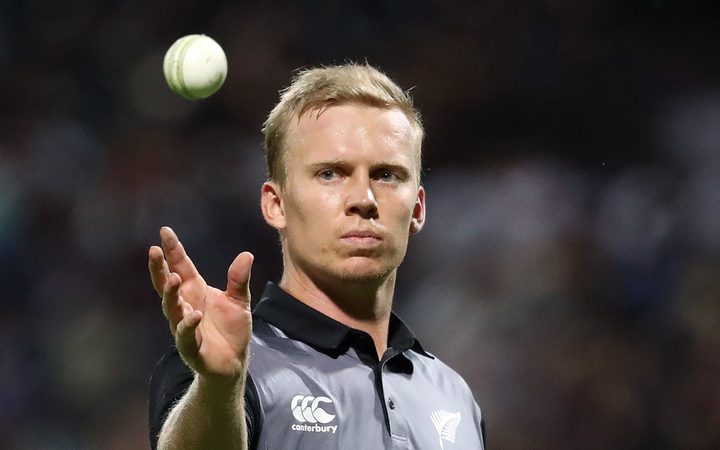 A letter to New Zealand Cricket chair Debbie Hockley, and to the board of NZ Cricket -

You don't know me at all, but I'm one of the biggest fans of cricket you'd ever meet. I've loved the Black Caps since I was a kid; I'm 40 now, and there's no sign of that love letting up. I can't tell you the joy I get from watching our team play.

When I was 13 my mum introduced me to the game she loved. Her brothers had played to a high level and her knowledge and passion for the sport was passed on to me. That was the summer of 1992, when the New Zealand team made their heroic run to the World Cup semi final on home soil. There was no turning back.

I live and breathe cricket, but I need to talk to you about something because I feel uncomfortable, and the only way I know how to work through it is to address it head-on.

There's an elephant in the changing rooms and his name is Scott Kuggeleijn. As New Zealand Cricket's governing body you are well aware of the charge of rape that Kuggeleijn faced in court in 2016, and then again in 2017. Kuggeleijn was found not guilty after the second trial. A few months after that, he was selected to tour internationally with the Black Caps. 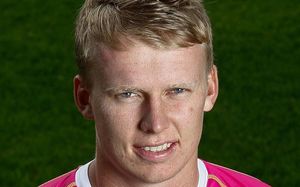 I have no choice but to accept the outcome of that second trial, and the verdict handed down by the jury, but I do not have to like it. Kuggeleijn admitted the woman in question said no to his advances a number of times. He also texted her the next day and apologised for the mental harm he caused her. His lawyers did everything they could to discredit her, including alluding to her clothing, her behaviour and the amount she had to drink as reasons why she was actually consenting, even if she did say no.

So your silence on Kuggeleign's history over the weeks since he has played on home soil for the Black Caps has been disturbing, particularly because the issue has been raised fairly frequently, and there's been ample opportunity for NZ Cricket to publicly respond. As time goes on, your silence has becoming deafening.

My question to the NZC board is this: why has nobody from NZC stepped forward to formally address the public concern around his selection in the team? Why has that silence extended even to squashing dissent? In both the Wellington and Auckland T20 matches last week, women holding signs that mentioned consent had them removed.

You might not realise this, but your silence speaks volumes. It looks like you are hoping that a considerable period of time spent with your head buried in the sand will make this situation go away.

It's not going to go away.

I'd direct you to the page in the NZ Cricket Players Association's handbook that was updated last year, specifically the page headed GOOD DECISION-MAKING. The focus of this page of the handbook centres around consent in sexual relations, and there's a highlighted box to the side that lists some important guidelines including:

IF THEY SAY NO, IT MEANS NO.

IF THEY CHANGE THEIR MIND HALFWAY THROUGH YOU MUST STOP.

DO NOT PRESSURE THEM OR TRY TO TALK THEM INTO IT. 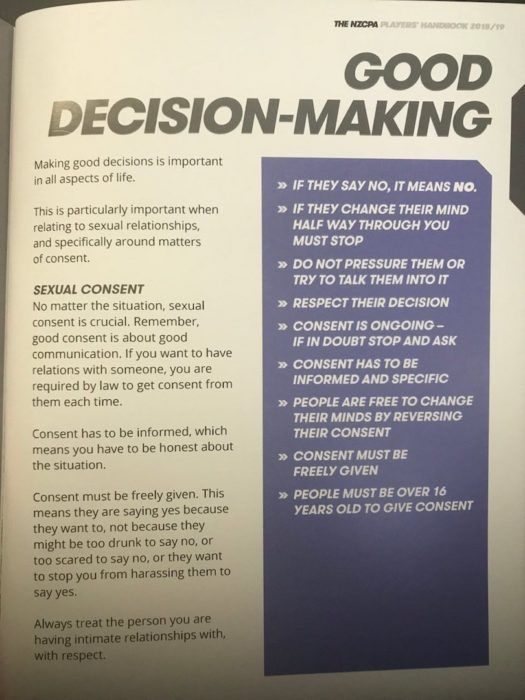 I'm not suggesting Scott Kuggeleijn doesn't deserve a chance at his dreams of being an international cricketer. I'm not even suggesting he be stepped down. I personally believe people can make mistakes and learn from them. I'm an advocate for restorative justice. I believe strongly in rehabilitation. Given Kuggeleijn apologised, I would hazard a guess he didn't feel that great about his behaviour at the time. 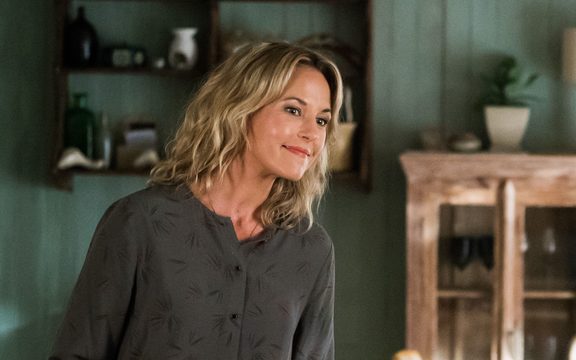 That's why it matters so much that NZC at least acknowledges the very recent history of this player. We hold our sportsmen and women to an incredibly high standard in New Zealand. We've seen players across codes stood down for much less than this. This is not about relitigating the case in the court of public opinion, it's about recognising that this was not a minor incident. You've made changes to the player handbook around consent - why can't we have a healthy discussion about that in relation to this incident?

Just because Kuggeleijn's actions weren't deemed illegal, it doesn't mean they were OK. It doesn't wave a wand and render his behaviour harmless. The seriousness of two court trials on the count of rape isn't just going to disappear by you never mentioning it again. Why can't you, as a governing body, come forward and speak to this? Why can't Scott Kuggeleijn? A dialogue around this would actually go some way toward understanding and healing.

The Black Caps are the heroes of our youth. Kids look up to them for leadership. They are idolised by boys all over New Zealand. Heck - they're idolised by men of all ages. They're also idolised by women. What message do you want women who love cricket to receive from your silence? Because what I'm getting is that coercion is OK and women don't matter. Your silence supports a culture that allows sexual predation to go unnoticed, or worse, ignored outright.

You can make this better. You can act with integrity and come forward and address this. You can begin a conversation about consent and about mistakes made that is honourable. You can allow the woman at the heart of this incident more dignity than she has previously been afforded, while also keeping her safe. You can respect the players in your team, and you can respect the fans.

I can't watch the Black Caps play again until you do that. It breaks my heart to say it, but I can't. I do not support New Zealand Cricket at this time. It's not OK for a sporting body with a national platform to remain mute about something so serious.

I appeal to you from the bottom of my cricket-loving heart - please say something. I don't want to boycott, but you don't leave me any choice. I will not support my team when there is enablement occurring in the form of silence.

* This article first appeared on The Spinoff.

* Michelle Langstone has written for North and South, the Listener, Newsroom and Pantograph Punch. She has appeared as an actor in 800 Words and The Almighty Johnsons, among others.