Opinion - From collecting low-grade bootlegs of Let It Be out-takes to directing a brand new Beatles film, Peter Jackson's obsession with the Fab Four is genuine and deep-seated. 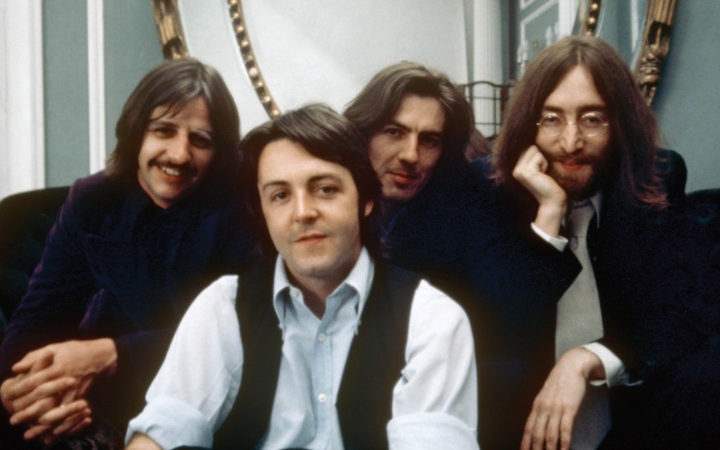 Film Jackson will be working with was shot in London over a few weeks in the winter of 1969. Photo: supplied

Somewhere in my basement is a VHS cassette, most likely infected with tape mould, of unused footage from Let It Be, the last movie the Beatles' ever made together.

It is close to 30 years since I have played it, but from memory these out-takes are visually indistinct, the result of multiple dubbings, many generations removed from the original. Back then - before YouTube, when bootlegs were scarce and precious - even such grainy, flickering images were considered Beatle gold.

The source of this treasure was a fellow Beatle fan I had met through friends in the small Wellington film scene. His name was Peter Jackson.

At that point Peter's collecting was still at the level of low-grade bootlegs, yet even then he clearly had greater ambitions. Visiting him one day to return the tape from which I'd made my copy, I remember him pointing to an empty panel above a doorway and musing wistfully: "I'd like to have signed covers of every Beatles album along there." 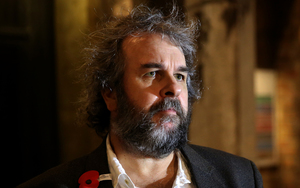 Though album covers with all four Beatles' signatures are rare and impossibly expensive - especially the later albums, by which time the group were seldom seen together - I have no doubt Peter has fulfilled that particular dream by now. After all, he's fulfilled many other, greater dreams.

Still, his latest gig - directing a brand new film from the many hours of footage left over from the original Let It Be movie - is a dream that goes back a long way.

It may be a dream gig, but it won't be easy. Unlike Eight Days A Week, Ron Howard's upbeat 2016 documentary of the Beatles' touring years, the material Jackson has to work with doesn't contain the simple irresistible excitement of Beatlemania at its peak; the opposite, in fact.

It is the winter of their discontent.

Shot in London over a few weeks in the winter of 1969, partly in the Beatles' own Apple studio, partly in a chilly Twickenham film facility, the four are at their farthest from fab. It's a year and half since the death of their manager Brian Epstein; two and a half years since their last live concert. They have achieved unimaginable wealth and fame, greater than any pop musician before them. They have made music of stunning originality. But now they are sick of each other. And cold.

They have done it all and have no idea what to do next. Their founder, John Lennon, has fallen in love with avant-garde artist Yoko Ono and it seems he would rather be making obscure art statements with her than rock'n'rolling with his Beatle buddies. Dressed in funeral black, she sits impassively by his side throughout the sessions.

Should they play live concerts again? Paul McCartney is keen but the rest can't agree. George Harrison has become almost as prolific a songwriter as Lennon and McCartney, yet the others only want two tunes from him for each album. He's pissed off. Ringo just observes the whole thing morosely from behind his drums. 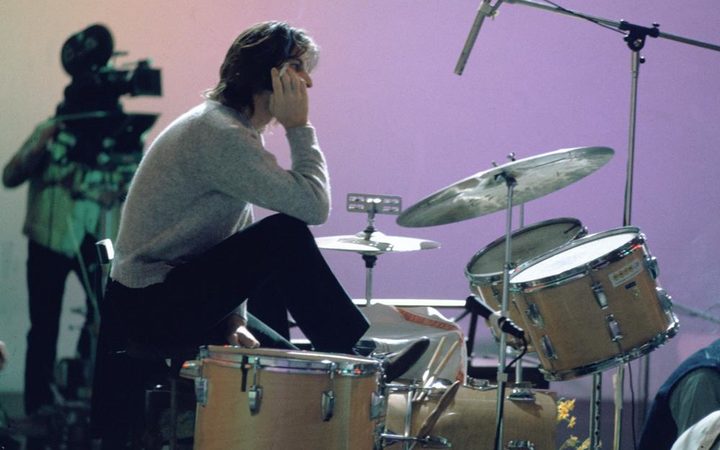 The original movie was directed by Michael Lindsay-Hogg, a British director who had previously worked with The Beatles on innovative promotional clips for 'Paperback Writer' and 'Rain'. But when it came to assembling Let It Be, he seemed to give up any idea of trying to entertain. Instead he chose to make a cinema verite mood piece presenting the band as he found them, in the throes of disintegration. The whole film conveys a sense of ennui that might be as much that of the director as his subjects.

McCartney's attempts at cajoling the others into some semblance of their former fab-ness are particularly painful. One embarrassing scene finds him patronising Harrison as he instructs him in how to play a descending guitar line, to the guitarist's obvious irritation. You wonder why neither of them just told the camera-person to bugger off.

Even so, there are charming moments. There's a scene in the Twickenham barn where McCartney and Lennon share a mic - eyeball to eyeball, mouth to mouth - to rehearse a new McCartney song, 'Two Of Us', and wind up laughing and inspiring each other to ever more ridiculous impressions of Elvis. There are spirited jam sessions in the Apple studio where they revive early staples like 'You Really Got A Hold On Me' or improvise a new song out of Bob Dylan's 'Like A Rolling Stone'.

And there is the film's final 20 minutes, the famous rooftop concert, in which all the animosities and complications seem to fall away and, battling the adversity of a freezing English winter and a London police force who are trying to shut them down, they briefly (and for the last time) become a real live band again. Lennon in particular seems to be enjoying himself immensely.

Is there a more cheerful film that could be made from what Lindsay-Hogg left on the cutting room floor? Maybe.

As the bonus banter on the recently released White Album out-takes shows, the Beatles had a kind of secret shared language that persisted, often hilariously, even in fraught times. No doubt Peter Jackson will be hunting out and identifying such gems among the Let It Be footage.

And there's evidence that even Yoko, though historically portrayed as an unwelcome presence at the Let It Be sessions, was sometimes included. Among the out-takes on that old VCR tape is a noise-jam to rival Sonic Youth, in which Yoko takes over the mic to exercise the vocal equivalent of shredding, while John, Paul and Ringo provide spirited accompaniment. I'd love to see this in high definition.

Excitingly, new digital techniques such as Jackson used in his recent World War I documentary They Shall Not Grow Old, promise to bring us closer than we felt watching the original Let It Be.

Jackson's obsession with The Beatles is genuine and deep-seated, and you don't have to look far for proof. Most obviously, the distinct characters of the four hobbits in his Lord Of The Rings trilogy are clearly patterned after the John, Paul, George and Ringo of the early Beatles films. The Beatles themselves once tried to option Rings for a possible movie, as Paul McCartney confirmed in a chance conversation with Jackson a few years ago.

If anyone can make a great film out of the scraps of those uncomfortable sessions from the winter of 1969, Peter Jackson can. And if he needs someone to make the tea and watch over his shoulder, I'd be glad to help. 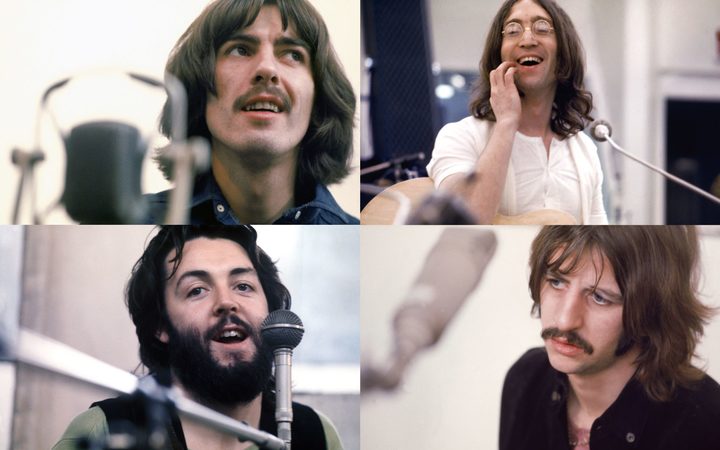 The Beatles in 1969. Photo: Supplied / thebeatles.com

* Nick Bollinger is a writer, broadcaster and Beatles fan. He is currently working on a book about the counterculture in New Zealand.