Opinion - After two years of discussions and negotiations with the European Union (EU), British Prime Minister Theresa May announced two days ago that her Cabinet supported the draft divorce arrangements under which the United Kingdom will leave the EU in March. 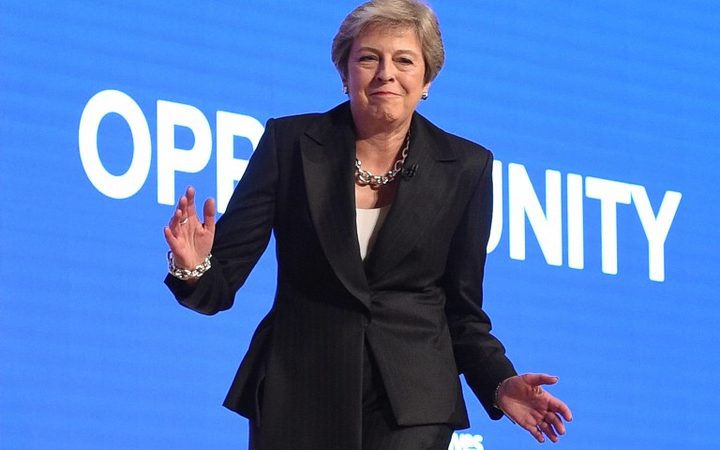 It was a premature announcement.

Within a day the minister responsible for exiting the EU negotiations, Dominic Raab, resigned along with another Cabinet minister because they could not accept the terms of the deal. Their view? Britain is totally compromised and has given up much more than it has gained.

The country is still "trapped" in the EU through the Customs Union without visible means of exit and unable to make free trade deals with anyone else. The UK will have no say in the rules and regulations that will govern its future trade and relations with the EU.

Trade Minister Liam Fox, as of now still in Cabinet and who boasted of "40 Free Trade deals after the UK left the EU," is effectively redundant. Will he give up his job? Probably not.

The draft document that had been under discussion for so long is 585 pages thick. Enough to sink the Titanic and right now being in Mrs May's Cabinet must feel like sailing on that doomed vessel. Other ministers are expected to abandon ship.

One in particular, Michael Gove, a supporter of leaving the EU and a leadership challenger to Mrs May two years ago, was immediately offered the now vacant post of negotiations minister. He demanded negotiations be re-opened as his condition for taking the job. The demand was rejected and he is now expected to resign from Cabinet.

But this is nothing compared to what lies ahead in the House of Commons, a seething mass of confusion and contradictions. No political party likes the deal Mrs May is promoting.

The Commons will vote on it probably in December. Assuming that is, Mrs May survives a no confidence vote on her leadership from elements in her Conservative Party announced yesterday. She should do so if there is one, but heavily damaged.

That challenge is led by Jacob Rees-Mogg, described by some in his own party as the "member for the 18th Century". Forty-eight Conservative MP votes to launch such a motion are required. Boris Johnson recently resigned as foreign secretary and is watching this development closely. No doubt he's encouraging it.

The Conservative Party is deeply split: Among MPs there are supporters of any deal in a storm; those who refuse anything but full departure from the EU; and those who want to remain in the EU (the smallest faction). The last two groups will vote against the draft deal.

The Labour opposition, headed by life-long Euro sceptic Jeremy Corbyn, announced it will not support the deal or at least 90 percent will not. They also smell an election possibility if Mrs May were to lose the vote in the Commons.

Such an election would inevitably be fought on who could secure the best deal for departure from the EU. It would probably result in a further stalemate, though the Labour Party might promise another referendum, but on what exactly?

The minority Liberals, Scottish and Welsh Nationalists, Green and crucially the Northern Irish Democratic Unionist Party - that believes Northern Ireland is being sold down the river over the Irish border issue - will probably vote against.

What the EU would make of this is hard to say. Probably shrugs and more time will be granted.