Analysis - The finance minister gets plenty of advice on how to spend a $5.5 billion surplus and the prime minister wants to know why Kiwis are being fleeced at the petrol pump. 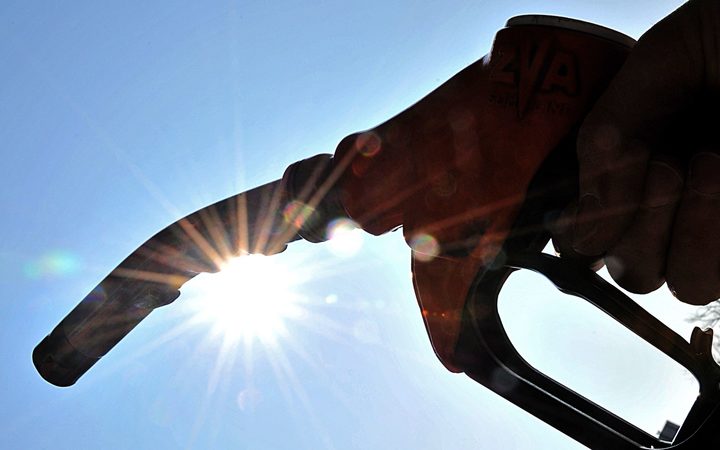 Record petrol prices are really hurting, and National has been lashing the government. Photo: AFP

It was the government's best news since winning the election - a $5.5b surplus in the Treasury's final accounts for the last financial year, $2.4b more than forecast in the May budget.

The tax take was significantly better than expected, driven by higher earnings and more spending power for consumers.

Finance Minister Grant Robertson has comprehensively dispelled National's pre-election claim that there was a huge, $11.7b "fiscal hole" in his draft budget and he's established himself as a cautious custodian.

And it could reverse the drop in business confidence that's worried the government since it took office.

That's welcome news for ministers, because National had been hammering them over falling confidence in the government's ability to run the economy.

Mr Robertson's careful response to his good fortune was to insist the government wasn't awash with cash, that there were spending commitments still to be met and that no one should forget the need to keep some "rainy day" cash.

He cited lessons from the past, such as the global financial crisis and the Christchurch earthquake.

No one is arguing against future-proofing the books, but the downside for the government is that it's going to be more difficult to tell teachers, nurses and anyone else wanting a pay rise that there isn't enough money in the kitty.

It has already put $484 million on the table in its negotiations with teachers, more than double the previous government's offer, and more is being demanded. The teacher unions will now be even more determined to drive a hard bargain.

The Greens were the first to call for a spend-up. "I would argue that actually we were elected as a government to solve some of those really endemic poverty issues, to fix the housing crisis, to clean up our water, to fix transport - we've got the opportunity to do that," said co-leader James Shaw.

Prime Minister Jacinda Ardern said that wasn't something the government was considering.

She has a different approach to the problem, and blamed the oil companies for "fleecing" motorists.

"No one can tell me why we've had a 19 cents increase since the start of the year that far outstrips the 3.5 cents of excise we've seen," she said.

"As a moral stance, I think New Zealanders are paying too much."

There's more than a moral stance involved in this. Record petrol prices are really hurting, and National has been lashing the government.

It has been placing the blame squarely on the excise increase - although it did the same when it was in government - and the regional fuel tax imposed on Auckland motorists.

Ms Ardern says there's a lot more to it than that. "Aucklanders have the regional fuel tax yet Wellingtonians pay more - so explain that to me."

The prime minister's real message is "don't blame us" and she backed that with action - the Commerce Commission is going to be given new investigative powers and its first target will be the oil companies.

The problem is that legislation has to go through Parliament before the commission has the power to require the oil companies to hand over market information, and the subsequent inquiry is expected to take at least a year.

Some are already defending themselves, saying the New Zealand dollar's exchange rate has fallen, making crude oil more expensive, and that product prices have been rising ahead of US sanctions on Iran coming into force in November.

Gull general manager Dave Bodger said the market was competitive and prices were fair. "I don't believe we're fleecing anybody at all."

Z Energy chief executive Mike Bennetts warned prices could go even higher when the sanctions against Iran kick in.

The Commerce Commission will get new powers through a bill that's going to be put on Parliament's fast track and then it will start its inquiry.

As it must already know, the big multi-national oil companies are tough to deal with.

When Judith Collins was energy minister in the previous government she vowed to "get to the bottom" of high petrol prices and ordered an investigation. It was inconclusive and made no difference.

And petrol prices might not be the only market the commission is asked to investigate.

Ms Ardern has said the new laws would allow more than a single industry to come under scrutiny.

Asked about the supermarket sector, which is dominated by two massive companies, she said she "wouldn't be surprised" if the commission looked at areas other than petrol prices.

Coalition partner NZ First would very likely be keen to have supermarkets under scrutiny.

Regional Development Minister Shane Jones, when he was an opposition MP, used parliamentary privilege to accuse supermarket chains of underhand tactics and intimidation of their New Zealand suppliers.

All his allegations were vigorously denied.