Opinion - A year ago today I stood around our local school playground watching other New Zealanders going in and out of the hall there, quietly placing their votes in an election that would turn out to have the kind of result they call 'historic'. 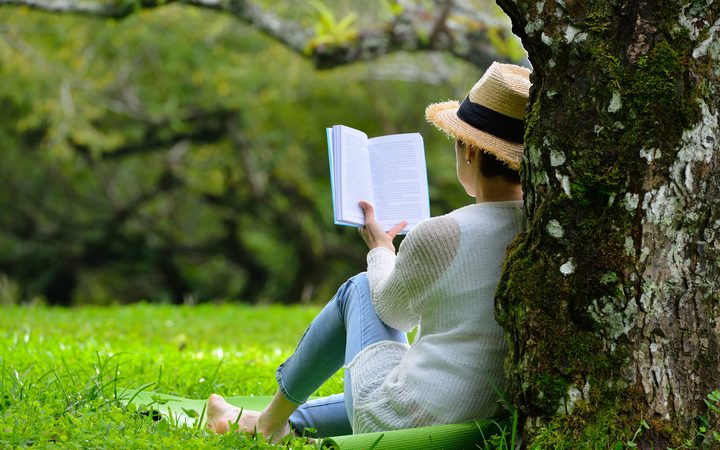 Earlier that month at those same school gates my seven-year-old daughter, dressed head to toe as Wonder Woman, had stopped to announce, "We need a girl Prime Minister after all these boys! Jacindamania!", before running off to the day's lassoing and learning and losing of baby teeth. (I feel compelled to point out that this was a political view wholly her own; I was raised by rigourously neutral public servants not to talk about voting preferences at dinnertime. Clearly the stardust had drifted down on its own.)

She'd been dressing like Wonder Woman a lot that winter, my kid, ever since I took her to see the movie starring Gal Gadot. It was almost a bit much for her to take, so she sat on my lap and clung on, looking away at the scary bits - but she loved it avidly, and her big eyes were wonder-filled, and she wouldn't stop talking about it.

It was definitely a bit bloody much for me to take. Like so, so many women everywhere I cried in the dark at the sheer awesomeness of watching a female hero, done heroically, via kick-arse narrative. Mostly I cried because it was a new feeling, seeing someone like me do something like ... that.

Is this what it felt like for boys, all along? Forever? Well, yeah.

Almost 100 years after Virginia Woolf imagined the story of Shakespeare's sister, lost to history, in her classic essay on women and writing A Room Of One's Own; Fifty years after second-wave feminists first agitated for 'herstory' tales to even out the crazy weight of canonical history; Twenty years after they told me about the 'male gaze' in '90s film theory classes; here we are.

It's been a long time coming, and as storytellers, we've all got some catching up to do.

Storytelling is primal, essential, timeless to our species. When Barbara Else delivered the Margaret Mahy Memorial Lecture as past of Rachael King's record-breaking, 'unashamedly feminist' WORD literary festival in Christchurch this month, she spoke beautifully about how stories are - literally, scientifically - how babies learn to make sense of the world and how humans make the world make sense to themselves (myths, legends).

This year, a lot of women and girls have been telling their stories in public, with the #yesallwomen and #TimesUp/#MeToo movements probably the most potent and wide-reaching examples of the power of telling - and being heard.

For many reasons right now the rights and concerns and experiences of women are of great urgency. That's inevitably going to show up in our writing and reading behaviour. Some people (including the data analysts at The Bookseller looking at actual book sales through the tills in 2017 and 2018) believe our chaotic times mean more readers are gravitating away from slick consumerism towards serious books that help us understand the world and our place in it.

There are more young writers identifying as feminist or political and more readers wanting to consume their stories as feminists. 'Unashamedly feminist' sounds a lot less stigmatic, niche or radical than it did when I was 14 and Naomi Wolf's The Beauty Myth came out and changed my life. Like Chris Kraus's did with I Love Dick a few years later - by writing about the personal and owning it.

"Who gets to speak and why?" said Kraus, "is the only question."

Writing and publishing are seeing a consequent explosion of 'unashamedly feminist' writing and personal storytelling by and about women that is changing what books for women can be. New New Zealand writing by Hera Lindsay Bird, Holly Walker, Golriz Ghahraman and Emily Writes joins international work by Rachel Cusk, Sheila Heti, the Reductress crew, Chimamanda Ngozi Adichie, Clementine Ford, Roxane Gay, Sally Rooney, Jessica Valenti, Rebecca Solnit and Caitlin Moran (and those are just my favourites), all of it building on the 18th and 19th and 20th century canon, simultaneously meeting the need and creating the possibility for more.

Barbara Else is also the author of a New Zealand book called Go Girl: A Storybook of Epic New Zealand Women which (disclosure) the company I work for, publishes. Like its smash hit, crowd-sourced international predecessor Goodnight Stories for Rebel Girls, it's a bestseller - which means loads of real people in Aotearoa really want to read these stories to their real kids.

Some call all this 'Femtrend' or 'Femfad' publishing. Else says you only need to see Māori girls or Pasifika girls or Asian New Zealand girls recognising themselves in those pages to know why this kind of storytelling matters, and why. It's only the beginning.

I say these are hard books to read to a small Wonder Woman without your voice catching a little because they feel so historic, blowing story itself wide open; seeming to make possible infinite kinds of female lives.