Analysis - Monday's announcement that the government would be spending billions on surveillance planes was in stark contrast to the nurses' placards, writes Guyon Espiner. 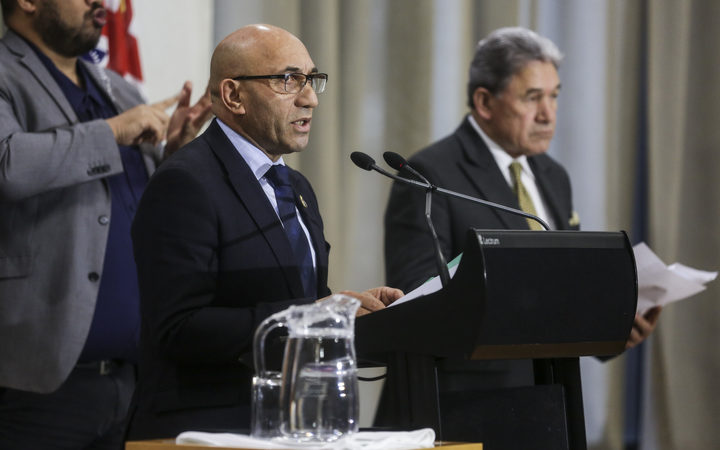 'It will be a great day when our schools get all the money they need and the air force has to hold a bake sale to buy a bomber' - so goes the peace slogan featured on banners, posters and placards down the decades.

Given the power of such comparisons the timing was unfortunate. On the day the government announced it would spend $2.3 billion on four US-made, sub-hunting surveillance planes, thousands of public servants were striking for more pay.

The next day nurses vowed strike action and teachers too are threatening to down the chalk.

Of course, if you took an 'either or' approach to government spending all manner of things would wither. Up against health, education and child poverty how do ballet, public radio and performance sport stack up?

But this Defence purchase does require close scrutiny. It is big money - about the same amount spent so far on all Treaty of Waitangi settlements. And also because it, and the Strategic Defence Policy Statement 2018 which underpins it, says a lot about where we are going with defence policy - and who we are going there with.

A pivot back to old allies

Green voters, and perhaps Labour ones too, might not have expected a tilt towards the US and the Five Eyes alliance under the new government.

But with the release of the defence strategy last week and the purchase of the P8s this week, that is what they have got.

Far from shrinking from Five Eyes the defence strategy says it benefits New Zealand, which now commits to "strengthening and broadening" the relationships.

Accompanying the pivot back to the old allies is a significant shift away from China.

In a departure from previous practice, the document is explicit about the threat from a more aggressive China.

While China has integrated into the world order "it has not consistently adopted the governance and values championed by the order's traditional leaders," according to the defence strategy.

When you take the release of the strategy and then announcement of the P8 purchase we're invited to join the dots: we need the $2.3b high-tech planes, at least partly, because of the threat of China.

Remember these will be fitted with Anti-Submarine Warfare (ASW) technology, allowing the air force to seek and destroy submarines.

Not long ago this was considered unnecessary. In 2001 then-Prime Minister Helen Clark said this: "The officials considering our national maritime patrol requirements concluded that New Zealand does not need to maintain a maritime patrol force that includes an anti-submarine capability."

I put this to the Acting Prime Minister Winston Peters on Morning Report. His response: "She was wrong then and she is wrong now."

Mr Peters wouldn't explicitly say China is the threat we are preparing for. But he acknowledges China has raised concerns about how it is characterised in the New Zealand defence strategy.

Whether our second biggest trading partner will leave it there remains to be seen but it does mark a change in the relationship.

We've told ourselves we can have the security partnership with the US and other members of The Club, alongside a highly dependent trading relationship with China. Is the 'have your cake and eat it too' theory about to be tested?

The Global Times website, closely aligned with the Chinese Communist Party, already has an op-ed on the issue: "Instead of being overly cautious about China's rise, Australia and New Zealand should avoid misleading the region on China's role and other regional countries should be clear about the consequences of being misled," it warns.

Much of the foreign policy nuance will go unmolested by a domestic audience getting on with making a living and making do but these decisions could permeate politics at home too.

Which brings us back to the old anti-war poster. No bake sale or sausage sizzle needed for the air force. They have $2.3b for four planes. Those numbers won't be lost on the nurses, teachers and public servants who could only hope on a wing and prayer for that sort of love or money.