Review - Dinosaurs are animals, not monsters.

My expectations for Jurassic World: Fallen Kingdom were low. Unfortunately, it was all I expected and less. 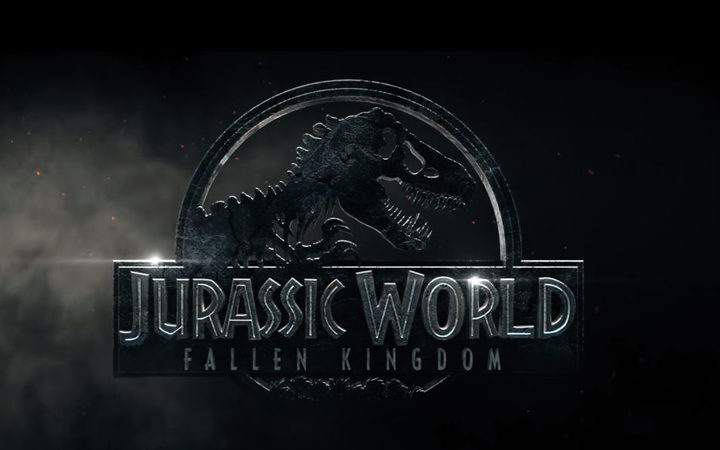 Reader, I was obsessed with dinosaurs when I was seven and I'm still obsessed at 27 (witness the inflatable T-rex costume which sits beside my desk, my deviantart page of dinosaur drawings, and my Walking with Dinosaur keyring/bottle opener). 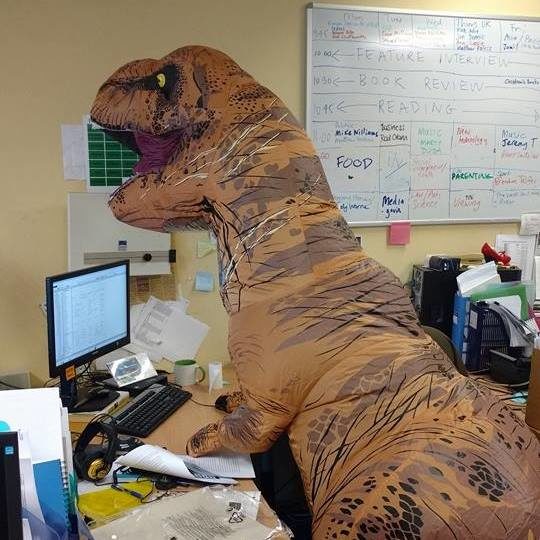 The author, in his natural habitat. Photo: RNZ / William Ray

The Jurassic Park films have (or had) a theme at the heart of the franchise: Dinosaurs are animals, they are not monsters.

Its T-rex and raptors were believable as predators, and that made them scary and cool in a way that's different to most movie monsters. They trigger a part of your brain shaped by millions of years of running and hiding from things that think and move like JP's dinosaurs.

The T-rex in The Lost World wasn't chasing down humans because it just really liked eating people. It was defending its territory. The raptors in Jurassic Park didn't fight a T-Rex because it was fun, they did it because they were backed into a corner.

The last two Jurassic World films had a cool riff on this theme: The tension between people who want bigger, scarier theme park attractions and/or "genetic weapons" and other characters who want the dinos treated like living, breathing animals.

Unfortunately the films' producers identify more with the former than the latter.

In the context of the first Jurassic World film it made sense that the genetically engineered Indomitus Rex was larger than life, but this Michael Bay-esque approach has bled into the rest of the dinosaurs. 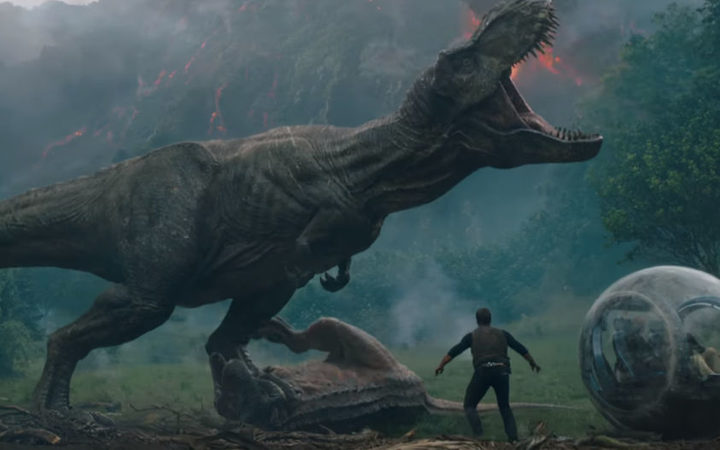 Should I run from the exploding volcano? Nah, I'll get into a fight then pose dramatically. Photo: Screenshot / YouTube

In Jurassic World we had a ridiculous tag team T-Rex/velociraptor battle, pterosaurs swarming people like flying monkeys from The Wizard of Oz, raptors throwing themselves headlong through the glass of a moving vehicle ... It just felt fake.

I couldn't believe any actual animal would do any of these things. The series jumped the mosasaur, you could say.

Fallen Kingdom, unfortunately, is more of the same.

For example, imagine you are a dinosaur running from an erupting volcano. Do you:

The answer, according to Fallen Kingdom's filmmakers, is B. When it comes to setting up dramatically posing dinosaurs in front of equally dramatic backgrounds, no expense is spared.

The problem is that in the process the dinosaurs themselves become unbelievable and therefore neither cool nor scary. 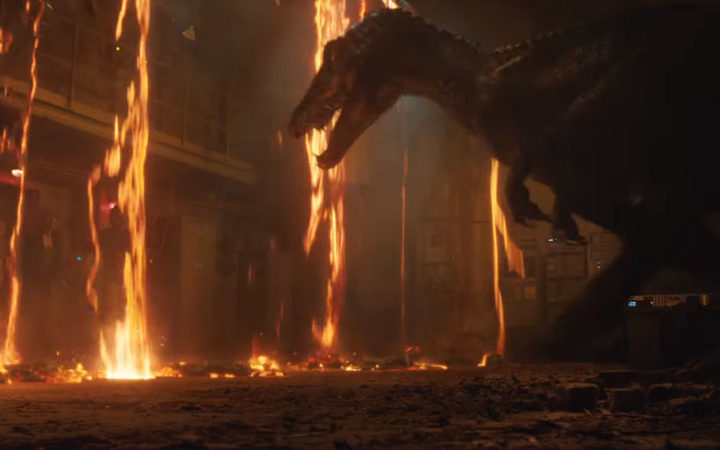 Do I run through this waterfall of molten rock? "Yes" says the Baryonyx. Photo: Screenshot / YouTube

As for the human characters of Fallen Kingdom, probably the less said the better.

The retconned partner of John Hammond, Benjamin Lockwood, has none of Richard Attenborough's semi-fanatical zeal which made him so interesting in the first film.

Owen and Clare are just as tedious and unlikeable as they were Jurassic World, though this is probably more a reflection on the screenplay than the acting abilities of Chris Pratt and Bryce Dallas Howard.

I think there were some other characters but to be honest I've already forgotten them.

As a rabid dinosaur fan I'm usually willing to throw my money at anything dinosaur related, including several dubious kickstarter projects, in the hope that I'm demonstrating there's a market for dinosaur stuff and that one day something good will come through.

On that basis I guess I can justify the $16 I spent on Fallen Kingdom. The film is clearly setting up a sequel, maybe that will be good.