Opinion - Towering above an often-crowded concrete plaza, the sign for the Lorraine Motel in Memphis is a symbol of both defeat - and victory. 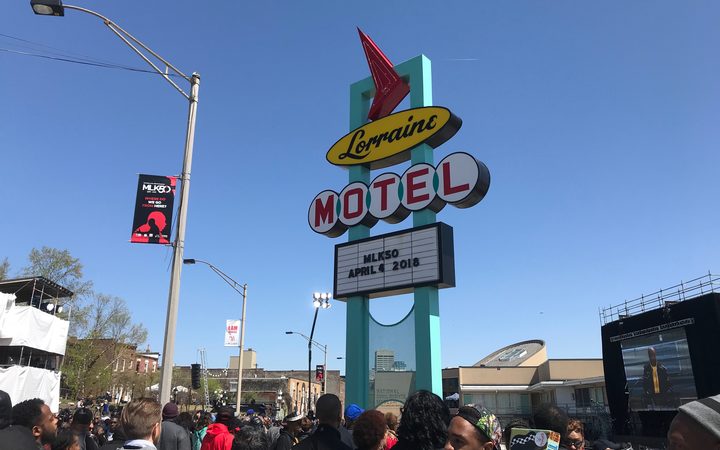 Defeat, because the sign should never have had to become the iconic emblem it has since Dr Martin Luther King - the enduring figure of America's civil rights movement of the 1950s and 1960s - was gunned down there on 4 April 1968.

As somber as it is, it is victory too because the dream of the man who was killed by the assassin's bullet of James Earl Ray still lives on.

That dream - of a nation unified beyond its racial differences - and the winding journey of the five decades since Dr King's death were remembered in Memphis today.

More than 20,000 people were estimated to have gathered at the Lorraine Motel, which, since 1991, has served as the home to the National Civil Rights Museum.

Entry was free yesterday, encouraging a new generation to learn about the sacrifices of the old.

Turning out in temperatures just above freezing, the overwhelmingly African-American crowd ranged in age from the very young to those in their 70s and 80s who marched with Dr King when he came to Memphis for the sanitation workers' strike in 1968.

"It was fifty years ago that he was killed here, but fifty years later he still lives," Mark Anthony Lee, a 65-year-old blues musician, said. 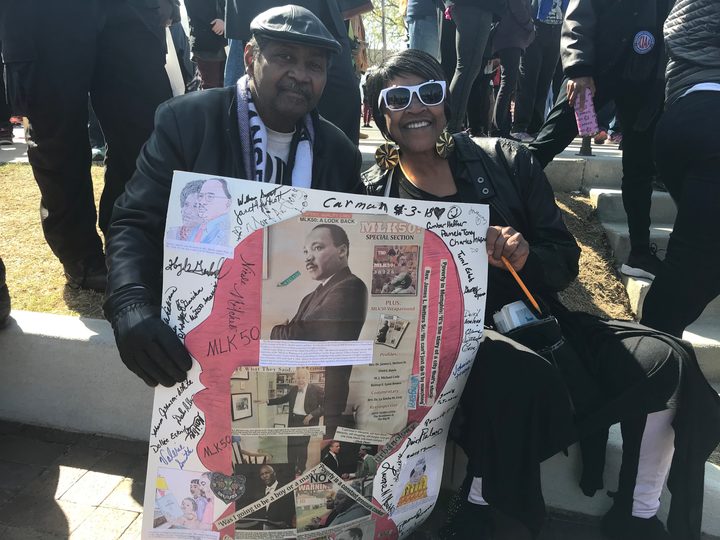 "His very presence is in all these people here. You can kill the dreamer, but you cannot kill the dream. The dream is real, you know?"

Lee, who at the time was a Memphis teenager but would later record with John Lee Hooker and B.B. King, remembers the day clearly. He heard the news as he was making his way to band rehearsal, and headed straight to the Lorraine Motel to grieve.

"The world changed forever then," he says. "It was like having someone in your family dying. Once they are gone, you grieve, but you have to find a way to keep going. That's what today represents: a rebirth."

There have been plenty of fine words penned on Dr King's actions, legacy and untimely death at just 39 over the last week. Little more is needed to articulate his importance to the civil rights movement.

Yet what kept coming up time and time again in conversations outside Lorraine Motel today was Dr King's continuing relevance in light of recent activism aimed at US President Donald Trump.

Mr Trump - a New York property mogul who started his political career with the racist lie that then-President Barack Obama wasn't born in the US - used divisive rhetoric through his 2016 presidential campaign and continues to do so since entering the White House.

Yet the Women's March last year, and the recent March for Our Lives highlighting the need for gun reform, have been reminding many of what happened in the 1950s and '60s.

"It doesn't have anything to do with Dr King, what's happening now - but we are re-hashing old wounds," Mr Lee says.

"It's crazy, but it's also like a new age of protesting now, too. The young kids today - I'm proud of them. Look at what those kids from Florida are achieving." 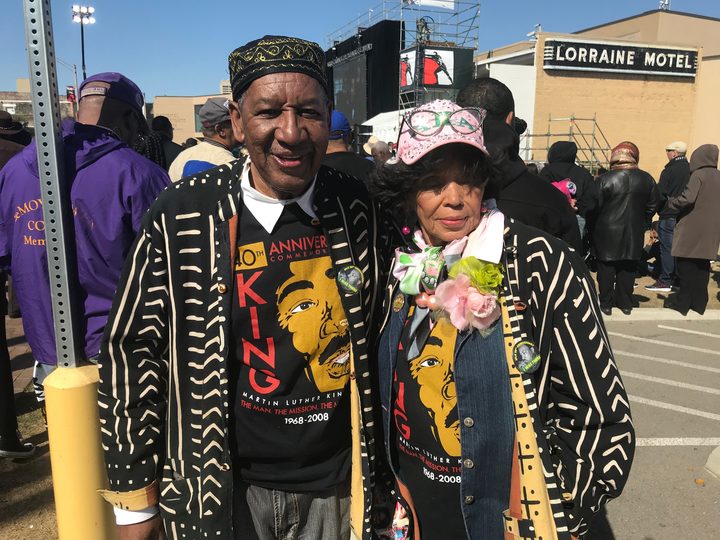 David L Acey Senior was in the crowd at Memphis' Mason Temple when Dr King made his famed 'I've been to the Mountaintop' speech, the night before he was killed.

Incredibly, Mr Acey was also in the crowd on the National Mall in Washington DC when Dr King proclaimed "I Have A Dream" in 1963, hitch-hiking from an army base in Maryland so he could attend.

A retired University of Memphis associate professor specializing in African-American studies, the 79-year-old marched with Dr King several times during the 1960s and agreed with Mr Lee that the resistance to Mr Trump's political malice was evidence of MLK's spirit being rekindled.

"Now, Trump is causing young whites, African-Americans, latinos - everyone - to stand up," he says.

"It's them in the front line now. It's coming like a tornado. It's all about the right to vote - the need to vote. It took Trump with his crazy policies to unite this young group. I believe that it's going to make a difference - Dr King would be pleased with that."

Despite the progress made during the Civil Rights era, Acey says many African-Americans are still struggling. Memphis itself - a city that is 64 percent black - provides ample evidence for this, as illustrated in a stirring New York Times op-ed this week.

"Fast forward fifty years and we'll still in the same shape," he said. "[African-Americans] are the poorest people, in income, health - you name it - we're at the bottom of the totem pole. It is not because of ourselves.

"It's because of the elements and policies made by those who don't look like us in the government set up. They tell a man to pull himself up by his bootstraps, but we don't have any boots."

"There's a difference between progress and movement. A rat can be in a cage on his wheel, running around. He's moving, but he's not making any progress. We've been moving, but we haven't moved forward enough." 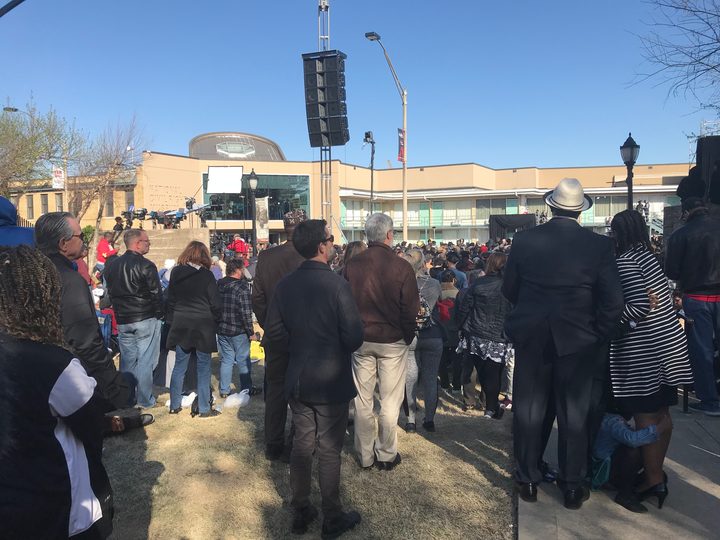 In his words, Mr Acey is getting at the message that I found over and over again speaking to people at the Lorraine Motel. It is not April 4 that matters, they were saying: it is April 5.

It is the progress that still must be without Dr King that will, perhaps, truly define his legacy.

That's true, but so too is the enduring message of the man everyone was there to remember.

During the March Against Fear, from Memphis to Jackson, in June 1966, Acey recalls resting in Batesville, Mississippi when Dr King approached him and asked if he was carrying a weapon. Then 27, he said yes - he was carrying a knife for self-protection. Dr King asked why.

"I said if the [Klu Klux] Klan jumps me, I'm gonna run but I'm gonna cut one of them," Acey says.

"I was young, you know. He said 'no, you won't do that. Put all your weapons on the ground.' He said 'it's better to end up in heaven with a scarred up body than a scarred up soul.' Powerful - and that's why we followed him."

- Ben Stanley is a freelance journalist originally from Taupō, on reportage assignment in the United States.