For me, International Women's Day has often been a day of disillusion rather than celebration. It's been a day to reflect on the rates of gendered violence. 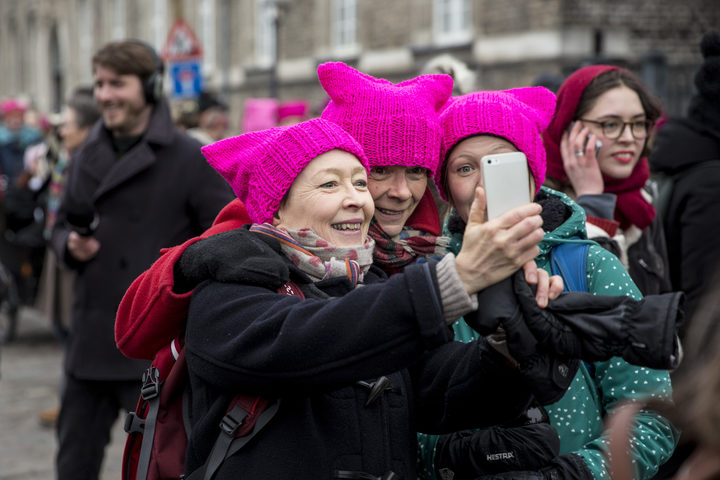 The last year has seen global Women's Marches and the rise of the #metoo anti-sexual harassment movement Photo: AFP

Every country has its litany of stats, New Zealand included - women dying at the hands of their intimate partners at a rate that in any other context would be labelled a national emergency.

It's been a day where we point to the gender pay gap, both in terms of income and superannuation levels, and the implications in terms of women's financial insecurity and social deprivation. It's a day where we have looked around our boardrooms and parliaments, only to see a sea of men.

This year, none of those stats have changed - at least, not significantly. Change is often slow, and rarely linear. Sparks may fly for years, even decades, before one finally catches alight. This past year, there's been a flurry of sparks - in particular the Women's Marches and the #MeToo movement - and now we have a roaring fire.

The progress we reflect on this year feels particularly significant because it's been largely organic. Progress has stemmed from women of all walks of life coming together because we are fed up. We spoke to each other - about our experiences of being unsafe, the way we have been treated professionally and personally, and the frustration of not being believed or having our experiences minimised. We spoke about powerful men. We felt a collective snap.

Over the past year, most of my work has been closely linked to these issues. Until recently, I was leading an ongoing independent review into sex discrimination, sexual harassment and predatory behaviour within Victoria Police.

My role involved working closely with Victoria Police to implement deep and far-reaching changes to the structures, systems and culture that give rise to gendered harm and inequality. It involved ensuring that women - and men - experiencing sex discrimination or sexual harassment could come forward and know that they would be supported.

It was done with the hope that this work would benefit not only Victoria Police, both its employees and its capability as an organisation, but the whole Victorian community. It is an ambitious body of work, one for which many people have agitated for a long time and will require relentless focus for years to come.

Yet some of the most important and transformational moments I observed over the past year were not in the substance of my work, but rather in my life around it. It was in the difficult conversations I observed amongst my friends and broader networks; places where these conversations had never gained much traction. In 2017 and into 2018, sexual harassment became a dinner conversation.

I believe that achieving gender equality requires us to fire on all fronts. We need legislative and policy change that ensures women are safe and that seeks to redress the systemic barriers women face across all facets of life.

We need our institutions - be it workplaces, sporting clubs, public bodies, political parties - to ensure that systems and structures create safe and respectful cultures where women can thrive. We need to focus our attention and energy on the women who face intersecting forms of disadvantage and who we risk failing if we do not address the other ways in which they are marginalised. We need media that supports healthy and respectful attitudes towards women, and education that supports girls and boys to be whatever it is that they want to be.

But one of the most important place for the fire is at a personal level. We need to have difficult conversations - the kinds of conversations where we feel uncomfortable: where we challenge our colleagues, our friends and our loved ones, and where we open ourselves to be challenged.

Every one of us - regardless of our gender - holds biases and deeply entrenched attitudes that will need to shift if we are to realise the promise of gender equality. This year, we started having those conversations. Long may they continue.

*Di White is a Melbourne-based writer, working in human rights and justice policy.