Review - Have you ever known what it's like to watch greatness unfold in front of your eyes? 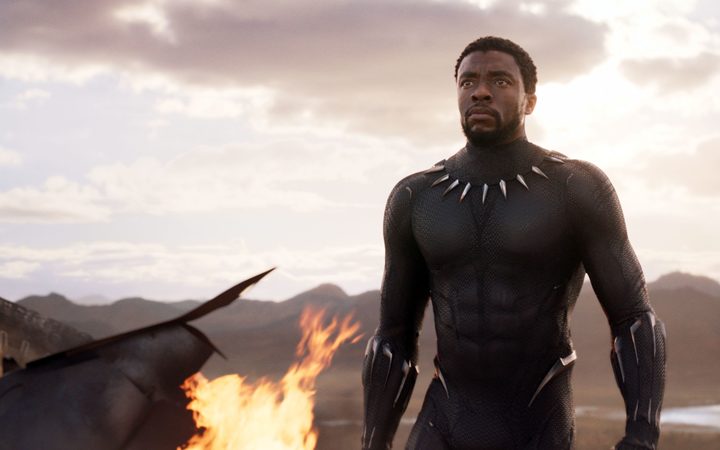 Are you familiar with the sensation of being immersed into pure magic, to feel your heart become full, from utter joy and laughter?

Well, this is what it's like to watch Black Panther.

The film, directed by Ryan Coogler (Creed & Fruitvale Station), is the latest instalment in the Marvel cinematic universe. It focuses on the T'Challa (Chadwick Boseman) who returns to Wakanda, a fictional African nation untouched by colonialism, to become the new king after the tragic passing of his father T'Chaka (John Kani).

The action-packed picture dives into an Afrofuturistic world, rich with African culture and ground-breaking technology all powered by the nation's valuable metal, Vibranium.

Black Panther opens up with an exquisite tale - the origin story of Vibranium and of the Black Panther. It's a nod to how stories of home have been passed down, generation after generation orally within the African diaspora, making Africans storytellers since birth. The imagery and how this story is told sets the mood for the entire film.

Black Panther's visuals are remarkable and gorgeous. The film delivers ancestor scenes that will leave you speechless and yearning for more. It also delivers combat scenes of black women saving themselves using traditional weapons that will have you clapping and cheering.

The film doesn't hold back from showing the reality of slavery and colonialism. It's hard truth after hard truth. Black Panther delivered lines like "guns … so primitive" and "don't scare me like that, coloniser", that had the theatre laughing for what seemed like forever.

The cast of characters and the actors who play them are packed with stars and up-and-comers worth keeping an eye on. Letitia Wright, who plays T'Challa's little sister Shuri, stands out in the film (and delivers the classic and memorable coloniser line). She's playful, hilarious, witty and a genius, hence why she creates most of Wakanda's modern technology. She adds that layer of humour and #BlackGirlMagic to the film.

Killmonger (Michael B Jordan) is also a standout character and undoubtedly one of the Marvel universe's greatest villains. His arc is emotional and frankly relatable for so many who are apart of the African diaspora, that you start to root for him. Another character who deserves a special mention is M'Baku (Winston Duke) - just like Shuri, he adds a layer of witty humour that catches you off guard.

Boseman produces an outstanding performance as the Black Panther alongside Lupita Nyong'o, who plays his love interest Nakia. Additionally, the General of the Dora Milaje, Okoye, played by Danai Gurira, stands out in the film as she embodies the strength of black women in Wakanda. They all make Black Panther extraordinary with their amazing performances. It was also incredible to see a black superhero surrounded by dark-skin black women who are capable of saving themselves.

Marvel should keep the pattern of hiring directors of colour because just like Taika Waititi, Ryan Coogler has delivered a masterpiece and a film with important themes that never waver from being blunt and honest.

Black Panther is hands down the best film in the Marvel universe. It'll create a home in your soul, it'll make you appreciate your ancestors and it'll make those who identify as black, feel proud of being black.

Audiences will walk out the theatre wishing Wakanda was real, just like I did. So, do yourself a favour and watch the film yourself to experience all that wonderful black magic and make sure to hang onto your edges, because they will be snatched.

* Meleika Gesa-Fatafehi is a proud Black/Indigenous, Pasifika and West Asian writer. Their mob is from Murray (Mer) Island, from the Zagareb and Dauareb tribes. Meleika is also a literature and film critic-you can find her rambling at Endless Yarning and NerdyPoC. She loves talking about all things nerdy, as well as decolonising spaces online and in real life.