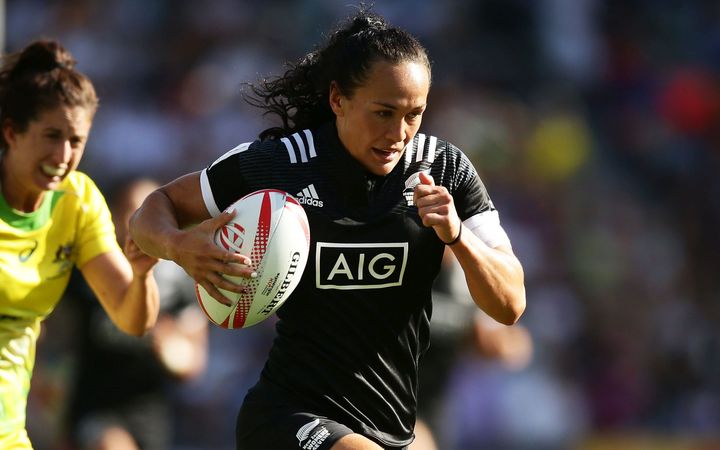 Portia Woodman, undeniably the best female player in the game today, took a swing at New Zealand Rugby's decision not to hold a women's Sevens tournament with a couple of unsubtle remarks to Sydney's Daily Telegraph:

"If we keep showing we are as good as we say we are, and we keep performing as well as we do, they can't not let us play at home," Woodman said.

"New Zealand Rugby have said [it's a lack of] money at the moment, but they can seem to find money for certain things. We'll just keep fighting and doing our thing."

Right now Woodman's Black Ferns have predictably stormed into the final of the Sydney Sevens, where they'll meet Olympic champions Australia in the women's final this afternoon. The women's competition is running concurrently with the men at Sydney Football Stadium.

Next weekend we'll be seeing the rebirth of the New Zealand leg of the Sevens circuit, in Hamilton. Things have changed: the venue for starters, and the atmosphere will probably be a little more low key than the raucous debauchery of Wellington in its heyday

However, unlike Sydney, the Black Ferns won't play in Hamilton, which doesn't really make much sense.

Last year very much felt like the turning point for women's rugby in New Zealand. A World Cup win, World Team of the Year and the same accolade from New Zealand Rugby. Talks of a professional competition and some form of pay parity for the Black Ferns ensued.

Big goals indeed, given that there is hardly enough international competition out there for the Black Ferns to have anywhere near the sort of workload the All Blacks do. A professional competition is another grey area given the financially mismatched state of provincial unions.

But at least the signs were pointing towards something substantial. 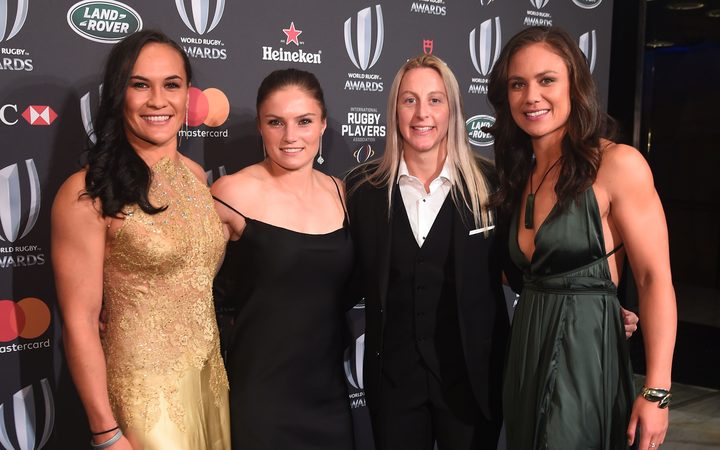 Unfortunately, the first and easiest chance they'll get to really showcase women's rugby on New Zealand soil has completely slipped away. It also might be the last chance they get this year - the Black Ferns have no home tests lined up for 2018 yet, according to the official website.

The decision to restrict the Hamilton event to just the men would've been made a long time ago. It's highly likely it would've never been tabled in the first place, due to officials simply taking the template from a Wellington event that never featured a women's competition. Whichever the case, it would've come before the World Cup triumph and team of the year gongs.

However, that doesn't really reflect that well on New Zealand Rugby. By never even considering having the Black Ferns Sevens involved in Hamilton, the rest of the accolades and promises do feel a little bit like hollow talk - something thrown in at the last minute, without any actual planning to really grow the women's game. Especially considering that Sevens is the most accessible way for girls to get into playing rugby, and the record of the national side in Sevens even eclipses the all-conquering XV-a-side Black Ferns.

The debate against funding women's sport, is that people don't want to watch it. That doesn't hold much water; all you need to do is have a look at the full house at Rod Laver Arena for the pulsating Australian Open women's final last night to debunk that theory.

Tennis makes it work by giving the spotlight to both the men and women. By putting the Black Ferns side-by-side with the All Blacks Sevens, it gives the women just as much chance to grab the public's attention - in front of the very people they're representing. Given how good the women are, those people would most probably get to see them lift up a trophy at the end of the Hamilton tournament.

But that's not going to happen. Not this year, at least. And New Zealand Rugby might want to get used to Portia Woodman speaking her mind.