A Hamilton city councillor who sent a sexually explicit message to a female journalist should have followed three simple rules for messaging a woman something 'funny', writes comedian Melanie Bracewell. 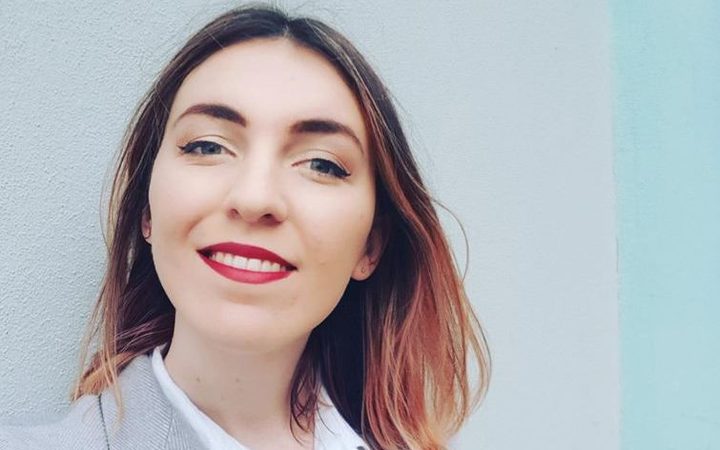 Part of me wanted to be inside the head of Hamilton City Councillor Mark Bunting when he sent that awful message. It would've been such a process. He would have scrolled down his Facebook feed, seen the images, had a little chuckle to himself.

He then copied both of the images, pasted them into a message and pressed send. Probably had another chuckle there too.

I tried to imagine being the kind of person who sends a message like that to a woman after playing a part in thwarting her campaign to build new playgrounds for children. But oh no! Guys it's okay! This was apparently a joke.

Which is weird because I write jokes and watch comedy every day and I didn't laugh. I didn't even do that thing when you see something funny on the internet and you blow air out of your nose slightly more than usual.

Let's unpack this joke a little bit. "Cuming" is her last name. That, I think, was his excuse to send the message. Yes. But surely we know that even without the sexual element, name jokes are the wooorst.

Take it from me, a girl with the last name Bracewell who had braces for four years. Any time you think you're the first person to make a joke about someone's name just remember they've had that name their entire life.

Unless you're jumping in there right as the birth certificate is being signed, chances are, this person has heard the same thing approximately 400 times.

Then of course, there's the fact that he made a weird orgasm joke to a woman he barely knows. I can't get over how weird that is.

This incident has made me realise that dudes don't quite seem to know what's an appropriate joke to send to a woman. Well, I already knew that from being on Tinder, but if councillors can make the same mistake, maybe you all just need a handy guide.

Is it? Yeah, but is it reeeeally?

I know I'm doing a list within a list here, but here are things that are funny and are appropriate to send to a person in a working relationship:

Even these could be considered a bit weird based on their professional relationship. Which brings me to my next point:

Mark Bunting's argument was that he thought she was a mate. Think about it carefully. What is your actual relationship with this person? Do you hang out? If it is weird to ask this person over to watch a movie, it's probably weird to send them sex jokes. I feel like this shouldn't have to be said.

That's it. Just three rules to follow when messaging a woman something you think is funny. It really is that simple.

Melanie Bracewell is a comedian and writer for The Project as well as an announcer for Radio Hauraki. She is a regular on the pro stand-up comedy circuit in New Zealand and has been nominated for the Billy T Award in 2018.