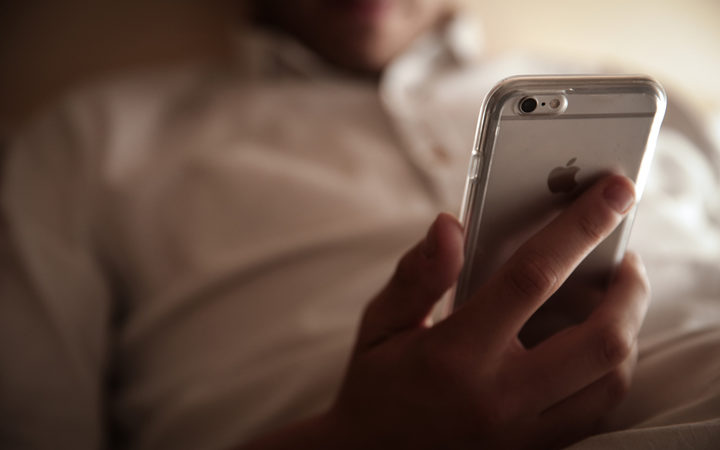 But that's almost fitting: it's a mess of contradictions. Designed to be shameful - yet the images being shared are, initially at least, signs of intimacy and trust. It's supposed to make us think less of the woman's (it's always a woman's) moral standards - but shouldn't we think far less of the person breaking her trust so despicably?

As Van Badham wrote in the Guardian: "Maybe - just maybe - it's more than the images that oblige scrutiny here. It's the actual douchebags who share them and the platforms that allow them to be shared.

"You shouldn't need to send naked pictures of yourself to register an abuse. All you should have to do is make a phone call [to the police] and action should be taken on your behalf."

The problem isn't people taking sexually explicit images of themselves. It's not even sharing those images with partners of their choice. It's that others use those images to intimidate and bully, and, often, get away with it.

In the case of Thomas Evans, the soldier dismissed from the army this week, his target made a complaint in 2014; it wasn't followed up until his phone was seized in relation to other matters.

How does this happen? Why does it, for want of a better word, "work"?

Because damaging attitudes towards sex, and women, and women's sexual expression, are still prevalent in our society. This isn't new. It's simply an internet-specific application of age-old misogyny: making women's bodies a source of shame they can never escape.

Every ad break tells the story: women can't be happy unless their legs are smooth, their hair is glossy, their deodorant is clear, their cold sores are invisible, and they show absolutely no sign of having a period.

So don't wear short skirts. Don't drink. Don't try to meet people online. Or offline. Don't take nude photos. If you do, share them with Mark Zuckerberg. Invest in a fetching red cloak and white bonnet while you're at it.

Women are constantly being put in their place, and that place is nowhere. Either you're not taking care of yourself, or you're trying too hard and no one will take you seriously. You're leading him on, or you're being frigid. You should try meeting new people, but what did you expect when you tried to meet new people?

And if you aren't conventionally attractive? How dare you think anyone would want to look at you sexually (even the person who was, presumably, very keen to have sex with you.) If you're a woman of colour? Add a host of additional stigma, because women of colour are regularly objectified as hypersexual, or commodities, or both (see: that scene in Full Metal Jacket). If you're a trans woman, the publication of intimate images doesn't just feed demeaning tropes about trans women's bodies. It could get you killed.

*Stephanie Rodgers is a unionist, blogger and communications consultant.