Analysis - Well, I hate to say 'I told you so'. But as frustration builds over the way our new government is being built - amid casual abuse, secrecy and over-reach - we really only have ourselves to blame, for the way this administration is being born in darkness, at least. Its mother is our own complacency. 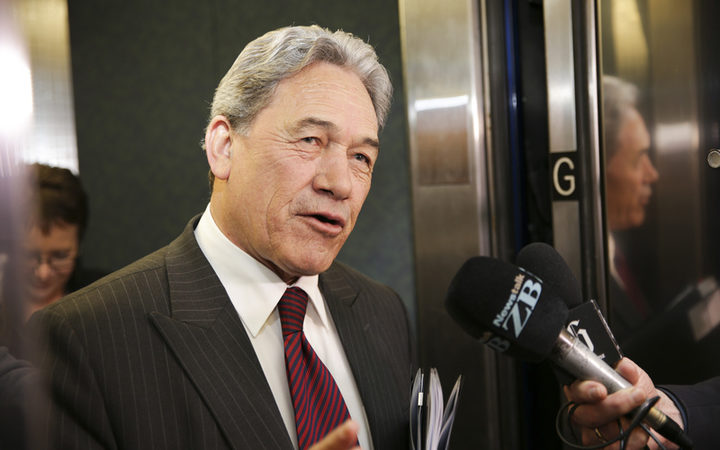 I can still hear the voices now and see the comments beneath the stories. Only a few weeks ago, many were bemoaning journalists asking party leaders what their bottom lines were, which might be given away in negotiation and how they might try to form a government. The politicians often replied with scorn, insisting they could not negotiate without seeing the hands dealt to them by voters.

As I said a month ago, that's bunkum.

Yet many New Zealanders fell in behind the parties' spin, complaining that journalists were wasting time asking coalition questions and pushing for answers the poor party leaders couldn't possibly give. 'Focus on the issues,' they cried.

How many of them are now among those bemoaning the lack of transparency in these negotiations and the deals being done behind closed doors?

We are left with little idea of which policies are being traded for which and have next to no notion about the priorities of whichever government might emerge, because we failed as a public to demand answers before the election.

I have no problem with these negotiations being conducted in confidence. I don't mind New Zealand First shuttling back and forth between parties and being able to handle this process in secret. This is a time for a veil, of sorts.

But we should know, from reportage and interviews pre-election, what's being traded. We should know what the parties see as dispensable and which things they are dying in a ditch for. We should have been able to vote for that, in full knowledge of a party's priorities.

For me, this is one of the few main lessons from Election 17 and, more specifically, how we handle the caretaker days while we wait for a new government.

The second lesson is related. The lack of transparency gives all the parties more power and the public less. But the lack of cooperation between National and Labour gives New Zealand First more power again.

I'm not talking about a grand coalition. People saying the major parties should do more to find common ground don't appreciate the importance of a strong opposition. Imagine how hard it would be to challenge and probe a grand coalition with over 80 percent of the vote and how dominant it would be in the House.

It's much better that we have a party of substance and means helping hold the govenment to account.

But that doesn't mean they have to be patsies when it comes to coalition talks. It seems that fear - "respect" - of Winston Peters has made them so.

Again, I've no problem with a party with the balance of power maximising that power. But the major parties could easily have laid out some bottom lines of their own - before or after the election - as to what was on and off the table.

We should learn for next time and expect more from the major parties in setting the terms of these negotiations. It suits them to keep their options open to bid anything they want for power, but it does a disservice to voters.

Finally, in the past 24 hours, the announcement by Winston Peters that he won't announce the government on Thursday as expected, but rather will wait until it suits him is an insult to our democracy.

Who is he to dictate the timelime? Who is he to announce his decision? Surely the major parties should have at least as much say in both the timing and the announcement itself.

I could add that Peters shouldn't enter and exit negotiations each day firing a volley of insults at journalists and acting as their editor-in-chief, critiquing their reportage as if its lack of substance was not down to his own lack of transparency. But what's the point?

Much of the whining now is really about issues that in the big scheme of things, don't really matter. But transparency, power imbalance and respect for that power do matter. This waiting is fine. But we should still expect better next time.